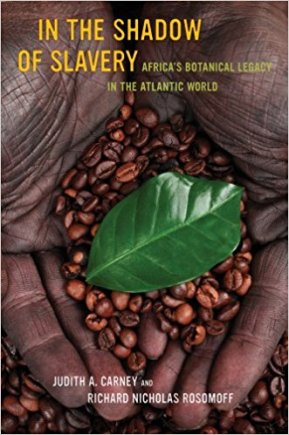 The transatlantic slave trade forced millions of Africans into bondage. Until the early nineteenth century, African slaves came to the Americas in greater numbers than Europeans. In the Shadow of Slavery provides a startling new assessment of the Atlantic slave trade and upends conventional wisdom by shifting attention from the crops slaves were forced to produce to the foods they planted for their own nourishment.

Many familiar foods—millet, sorghum, coffee, okra, watermelon, and the “Asian” long bean, for example—are native to Africa, while commercial products such as Coca Cola, Worcestershire Sauce, and Palmolive Soap rely on African plants that were brought to the Americas on slave ships as provisions, medicines, cordage, and bedding.

In this exciting, original, and groundbreaking book, Judith A. Carney and Richard Nicholas Rosomoff draw on archaeological records, oral histories, and the accounts of slave ship captains to show how slaves’ food plots—“botanical gardens of the dispossessed”—became the incubators of African survival in the Americas and Africanized the foodways of plantation societies.

Black Rice: The African Origins of Rice Cultivation in the Americas: Judith A. Carney

Few Americans identify slavery with the cultivation of rice, yet rice was a major plantation crop during the first three centuries of settlement in the Americas. Rice accompanied African slaves across the Middle Passage throughout the New World to Brazil, the Caribbean, and the southern United States. By the middle of the eighteenth century, rice plantations in South Carolina and the black slaves who worked them had created one of the most profitable economies in the world.

Black Rice tells the story of the true provenance of rice in the Americas. It establishes, through agricultural and historical evidence, the vital significance of rice in West African society for a millennium before Europeans arrived and the slave trade began. The standard belief that Europeans introduced rice to West Africa and then brought the knowledge of its cultivation to the Americas is a fundamental fallacy, one which succeeds in effacing the origins of the crop and the role of Africans and African-American slaves in transferring the seed, the cultivation skills, and the cultural practices necessary for establishing it in the New World.

In this vivid interpretation of rice and slaves in the Atlantic world, Judith Carney reveals how racism has shaped our historical memory and neglected this critical African contribution to the making of the Americas. 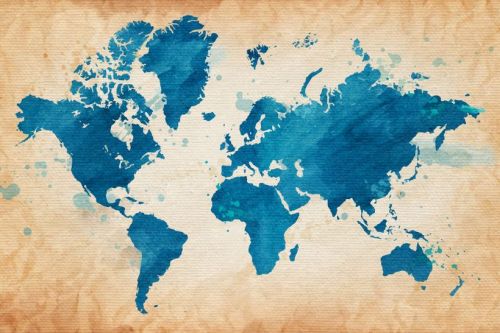 Back in 2015, the world’s governments met in Paris and agreed to keep global warming below 2°C, to avoid the worst risks of a hotter planet. See here for background on why, but that’s the goal. For context, the planet’s warmed ~1°C since the 19th century.

One problem with framing the goal this way, though, is that it’s maddeningly abstract. What does staying below 2°C entail? Papers on this topic usually drone on about a “carbon budget” — the total amount of CO2 humans can emit this century before we likely bust past 2°C — and then debate how to divvy up that budget among nations. There’s math involved. It’s eye-glazing, and hard to translate into actual policy. It’s also a long-term goal, easy for policymakers to shrug off.

So, not surprisingly, countries have thus far responded by putting forward a welter of vague pledges on curbing emissions that are hard to compare and definitely don’t add up to staying below 2°C. Everyone agrees more is needed, but there’s lots of uncertainty as to what “more” means. Few people grasp how radically — or how quickly — we’d have to revamp the global economy to meet the Paris climate goals.

Surely there’s a better, more concrete way to think about this. So, in a new paper for Science, a group of European researchers try to do just that — laying out in vivid detail what would have to happen in each of the next three decades if we want to stay well below 2°C. Fair warning: It’s unsettling.

A simple (but daunting!) road map for staying below 2°C

They start with the big picture: To hit the Paris climate goals without geoengineering, the world has to do three broad (and incredibly ambitious) things:

2) Net emissions from land use — i.e., from agriculture and deforestation — have to fall steadily to zero by 2050. This would need to happen even as the world population grows and we’re feeding ever more people.

The evolution of Earth’s climate on geological timescales is largely driven by variations in the magnitude of total solar irradiance (TSI) and changes in the greenhouse gas content of the atmosphere. Here we show that the slow ∼50 Wm−2 increase in TSI over the last ∼420 million years (an increase of ∼9 Wm−2 of radiative forcing) was almost completely negated by a long-term decline in atmospheric CO2. This was likely due to the silicate weathering-negative feedback and the expansion of land plants that together ensured Earth’s long-term habitability. Humanity’s fossil-fuel use, if unabated, risks taking us, by the middle of the twenty-first century, to values of CO2 not seen since the early Eocene (50 million years ago). If CO2 continues to rise further into the twenty-third century, then the associated large increase in radiative forcing, and how the Earth system would respond, would likely be without geological precedent in the last half a billion years.