He said that his order puts “an end to the war on coal.” In reality, it’s a war on basic knowledge of the harm that coal can do.

In late 2006, President George W. Bush’s Environmental Protection Agency argued before the Supreme Court that it did not want to regulate greenhouse gases, and that no one could make it do so. It certainly had no wish to accede to the desires of Massachusetts, which, with eleven other states, had sued the E.P.A. for failing to establish guidelines on emissions of carbon dioxide, methane, nitrous oxide, and hydrofluorocarbons. The states pointed to the agency’s charter, under the Clean Air Act, which instructs it to regulate chemicals released into the air “which may reasonably be anticipated to endanger public health or welfare.” They asked why the E.P.A., which had refused even to consider whether greenhouse gases fell into that category, thought that it could ignore the law.

The Court, in a landmark 5–4 decision, written by Justice John Paul Stevens and issued ten years ago this week, agreed with the states. As a result of that ruling, the E.P.A. began the formal process of looking at the science documenting the risks posed by greenhouse gases, and recognized that those emissions had contributed to a public-safety crisis affecting not just the nation but the planet. The E.P.A.’s resulting “endangerment finding,” as it is known, was issued in 2009, in time for Barack Obama’s Presidency. It became the immediate object of conservative scorn and of furious efforts in Congress and the courts to invalidate it, but it held up, and formed the basis for new standards on auto emissions and for Obama’s Clean Power Plan, issued in 2015. More than that, the finding was an assertion of the principle that politicians cannot entirely ignore either science or the rule of law.

We now have, in Donald J. Trump, a President who shows disdain for both. Trump’s lack of interest in climate change as anything other than fodder for conspiracy theories involving Chinese hoaxers reached its fullest expression last week, in a “Presidential Executive Order on Promoting Energy Independence and Economic Growth.” The order asks every agency of the federal government to review its rules and to purge them of measures that inconvenience the fossil-fuel and nuclear-power industries. In particular, it directs the E.P.A. to rewrite the Clean Power Plan, which had called for, among other things, the replacement of old and dirty coal-burning plants. The plan would, it was projected, result in eight hundred and seventy million fewer tons of carbon pollution released into the atmosphere, as many as thirty-six hundred fewer premature deaths in the United States between now and 2030, and ninety thousand fewer asthma attacks in children.

In this video, Dr.Joseph Mercola, natural health expert and Mercola.com founder, is joined with Ronnie Cummins, founder of the Organic Consumers Association (OCA), in discussing the current state of the opposition to genetically modified organisms (GMOs). To read other health articles, visit Mercola.com.

Out of the “Carbon Frying Pan” and into a “Nuclear Fire:” Energy and Weapons Choices Under Desperate Political Leadership | EV & N – 242 – CCTV 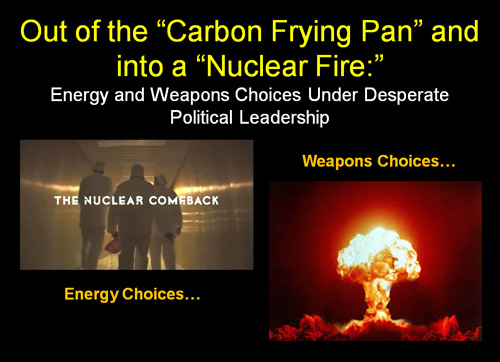 American military posturing in the Far East has become worrisome because of the nuclear weaponry involved on all sides.  In addition, we are witnessing a dangerous resurgence of government support for the nuclear power industry — despite the enduring disaster in Fukushima and the bankruptcy of the Westinghouse Electric Company in America.

Ecosystem scientists argue that nuclear power and nuclear weapons must be abandoned and dismantled for the safety of the entire human community.  The Chernobyl “accident,” the ongoing Fukushima tragedy and the long-term impact of depleted uranium (DU) munitions pollution in the Middle East all make this abundantly apparent to the world community.   Nevertheless, desperate political leaders continue to promote the opportunity to divert tax-payer funds toward “profitable investments” both in new generations of nuclear weapons arsenals or in publicly guaranteed and highly subsidized nuclear power plants.

In response, citizens and scientists are mobilizing against this large-scale perversion of political power that has been mobilized by political and military elites to support nuclear expansion and proliferation as well as the public subsidy of the moribund nuclear power industry.

For an update on these issues see:

How Emotions Are Made: The Secret Life of the Brain: Lisa Feldman Barrett

A new theory of how the brain constructs emotions that could revolutionize psychology, health care, the legal system, and our understanding of the human mind

Emotions feel automatic, like uncontrollable reactions to things we think and experience. Scientists have long supported this assumption by claiming that emotions are hardwired in the body or the brain. Today, however, the science of emotion is in the midst of a revolution on par with the discovery of relativity in physics and natural selection in biology–and this paradigm shift has far-reaching implications for us all.

Leading the charge is psychologist and neuroscientist Lisa Feldman Barrett, whose theory of emotion is driving a deeper understanding of the mind and brain, and shedding new light on what it means to be human. Her research overturns the widely held belief that emotions are housed in different parts of the brain and are universally expressed and recognized. Instead, she has shown that emotion is constructed in the moment, by core systems that interact across the whole brain, aided by a lifetime of learning. This new theory means that you play a much greater role in your emotional life than you ever thought. Its repercussions are already shaking the foundations not only of psychology but also of medicine, the legal system, child-rearing, meditation, and even airport security.

Why do emotions feel automatic? Does rational thought really control emotion? How does emotion affect disease? How can you make your children more emotionally intelligent? How Emotions Are Made answers these questions and many more, revealing the latest research and intriguing practical applications of the new science of emotion, mind, and brain. 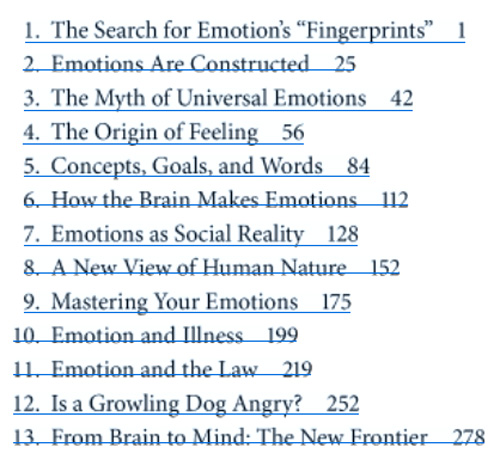 John Pilger on the Threat of World War Three

Afshin Rattansi goes underground on the outcome of whoever wins the White House in November. Multi-award winning author and filmmaker John Pilger gives his take on the threat of World War Three as Britain’s defence secretary Michael Fallon jets off to Singapore for the Asian Security Conference where the keynote address will be given by U.S. Defence Secretary Ash Carter.

The worldwide propaganda surrounding the arms race is scrutinised.

Director John Pilger: Disastrous consequences if US proceeds with “policy of provocation”

“The Coming War on China” is Australian director John Pilger’s 60th film. He said a movie that challenged the stereotypes and myths that undermined our understanding of the rise of China is long overdue, motivating him to spend two years filming this documentary across five potential flashpoints in the Asia Pacific. These places include the Marshall Islands, US military bases in Okinawa and Jeju islands, and cities in China. Through rare archives and powerful interviews, the two-hour documentary tries to make the point that after losing its economic prowess, Washington has turned almost obsessively to its military might, and the prospect of nuclear war is no longer unthinkable.

Looking for a little extra passive income during these rough times? 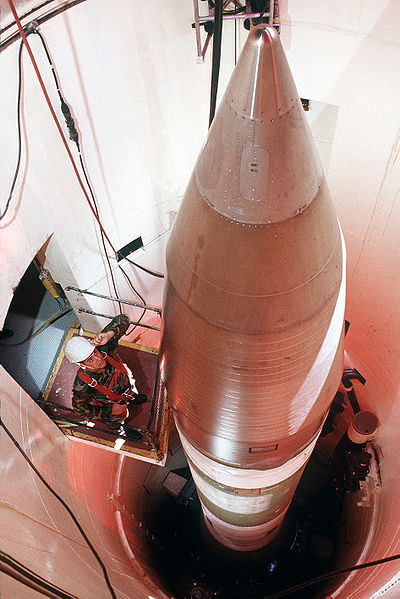 David Wright, is a physicist and co-director of the UCS Global Security Program, is an established expert on the technical aspects of arms control, particularly those related to missile defense systems, missile proliferation, and space weapons.

One of the narratives that arose during the presidential campaign was that a Trump finger on the nuclear button would increase the risk of nuclear war because he is seen as impulsive and unpredictable.

Whatever the merits of those arguments, the public seemed shocked to learn that the US president has the authority to decide—on his or her own, for whatever reason—to launch nuclear weapons, and that no one has the authority to veto that decision. There are military and political experts in advisory roles, but the final authority rests just with the president.

It’s time to change that policy. The reasons behind it are now outdated.

On at least one occasion White House officials were worried enough about the mental state of the president that they tried to insert roadblocks in the way of a potential launch decision.

That was in 1974, late in the Nixon administration. US Secretary of Defense James Schlesinger grew concerned that President Nixon still had control of US nuclear weapons despite the fact that the Watergate crisis had rendered him depressed, emotionally unstable, and drinking heavily. Schlesinger instructed the Joint Chiefs of Staff to route “any emergency order coming from the president”—such as a nuclear launch order—through him first.