Gingrich: I’d Do a Commercial With Al Gore

Check back all this week for more exclusive clips from the interview, including Gingrich’s take on the most under-reported story of the Obama administration.

This ad which ran in early 2008 is part of the “We Can Solve It” global warming ad campaign sponsored by former Vice President Al Gore’s Alliance for Climate Protection. Gingrich has spent a lot of time trying to explain why he participated in this ad campaign.

The Competitive Enterprise Institute has produced two 60-second television spots focusing on the alleged global warming crisis and the calls by some environmental groups and politicians for reduced energy use. The ads are airing in 14 U.S. cities from May 18 to May 28, 2006.

The Competitive Enterprise Institute has produced two 60-second television spots focusing on the alleged global warming crisis and the calls by some environmental groups and politicians for reduced energy use. The ads are airing in 14 U.S. cities from May 18 to May 28, 2006.

Elizabeth Warren: ‘We Stand Up And We Fight Back’ | Rachel Maddow | MSNBC

Massachusetts Senator Elizabeth Warren talks with Rachel Maddow about the election of Donald Trump, what non-Trump voters can do to assuage their despair, and the path forward for Democrats.
» Subscribe to MSNBC: http://on.msnbc.com/SubscribeTomsnbc 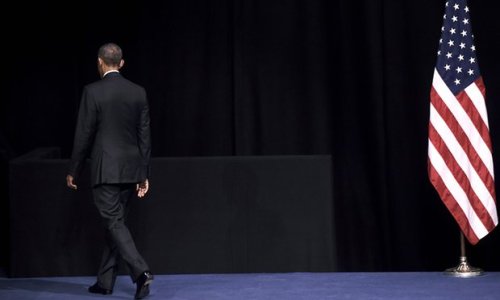 ‘What is to be done? First we must try to tell the truth.’ Photograph: Aris Messinis/AFP/Getty Images
Thursday 17 November 2016 06.00 EST

Trump’s election was enabled by the policies that overlooked the plight of our most vulnerable citizens. We gird ourselves for a frightening future

The neoliberal era in the United States ended with a neofascist bang. The political triumph of Donald Trump shattered the establishments in the Democratic and Republican parties – both wedded to the rule of Big Money and to the reign of meretricious politicians.

The Bush and Clinton dynasties were destroyed by the media-saturated lure of the pseudo-populist billionaire with narcissist sensibilities and ugly, fascist proclivities. The monumental election of Trump was a desperate and xenophobic cry of human hearts for a way out from under the devastation of a disintegrating neoliberal order – a nostalgic return to an imaginary past of greatness.

White working- and middle-class fellow citizens – out of anger and anguish – rejected the economic neglect of neoliberal policies and the self-righteous arrogance of elites. Yet these same citizens also supported a candidate who appeared to blame their social misery on minorities, and who alienated Mexican immigrants, Muslims, black people, Jews, gay people, women and China in the process.

This lethal fusion of economic insecurity and cultural scapegoating brought neoliberalism to its knees. In short, the abysmal failure of the Democratic party to speak to the arrested mobility and escalating poverty of working people unleashed a hate-filled populism and protectionism that threaten to tear apart the fragile fiber of what is left of US democracy. And since the most explosive fault lines in present-day America are first and foremost racial, then gender, homophobic, ethnic and religious, we gird ourselves for a frightening future.

How Trump could dismantle current environmental policy – The PBS NewsHour 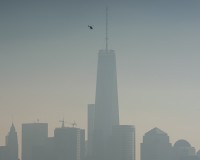 HARI SREENIVASAN: More than 200 nations reaffirmed their commitment to the Paris climate accord today during a U.N. summit in Morocco. The show of support comes amidst worries that U.S. president-elect Donald Trump will pull out of the deal.

It also comes as dozens of wildfires continue to burn across the Southeast region of this country, more than 30 that are still uncontained in North Carolina, South Carolina, Georgia, Tennessee, Alabama, and Kentucky. And climate change could be one factor that may contribute to the drought conditions feeding them.

William Brangham has a closer look at how a Trump administration might change America’s course on climate change.

Donald Trump made it clear during his campaign that as president he would make substantial changes in climate policy. The president-elect has threatened to withdraw from the Paris climate accord and has tapped climate-change skeptic Myron Ebell to head the EPA transition. William Brangham speaks with David Roberts of Vox about possible changes to energy policy under a Trump administration.