“The Madhouse Effect” – the Earth101 lecture

Land grabbing and Transparency in Africa

Noam Chomsky – Why They Hate the West

Political upheaval has major influence over the stock markets, and with climate-change-denying Donald Trump’s “disaster” of an election win, renewable energy investment is looking bleak at the moment as dirty energy surges.
Lorraine Chow

The world’s top coal trader Glencore Plc rose more than 5 percent today while the world’s biggest wind-turbine maker Vestas Wind Systems A/S fell about 13 percent, according to Bloomberg. Solar companies First Solar, SunPower and SolarCity were down a respective 6 percent, 17 percent and 6 percent this morning. Shares in European renewable energy equipment makers and utilities with significant investments in the U.S. have fallen as much as 10 percent, Reuters reported.

As Bloomberg warned in its report, “the swing foretells a story of fossil fuels making a comeback, while the fight against climate change—and investment in wind and solar power—languishes.”

Our president-elect—who literally said “the wind kills all your birds” and solar is “not working so good”—has made no bones about his support of dirty energy, from his ties to the controversial Dakota Access Pipeline to his pledge to bring back the dirtiest fuel on the planet, coal.

The U.S. wind power industry is “bracing itself for an uncertain future following the election of Donald Trump to the presidency,” staff from Wind Power Monthly wrote in a column today. The publication quoted Trump’s plans to “unleash America’s $50 trillion in untapped shale, oil, and natural gas reserves, plus hundreds of years in clean coal reserves.”

In an afternoon meeting, Donald Trump and his transition team reportedly worked to quickly identify top candidates for key energy positions in his administration.

Hamm, an Oklahoma billionaire who has been a friend of Trump’s for years, has been the leading influence on Trump’s energy policy during the campaign. If Hamm passes, venture capitalist Robert Grady is also seen as a top candidate, though he could also be in line for Interior.

Forrest Lucas, the 74-year-old co-founder of oil products firm Lucas Oil, is favored as a top choice to lead the Department of the Interior.

However, according to Politico:

Meanwhile, a person who spoke to the Trump campaign told POLITICO that the aides have also discussed tapping Sarah Palin for Interior Secretary. Trump has said he’d like to put Palin in his cabinet, and Palin has made no secret of her interest.

Although Trump has previously said he would abolish the U.S. Environmental Protection Agency (EPA), reports say he will instead ask climate skeptic Myron Ebell to lead the agency. In September, Trump said he will “refocus the EPA on its core mission of ensuring clean air, and clean, safe drinking water for all Americans.” 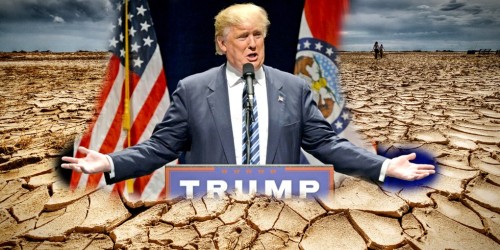 If the world’s governments don’t prevent the planet’s surface temperature from increasing more than 2 C, then life on Earth will become a difficult proposition for many humans, animals and plants. Glaciers will melt, sea levels will rise, crops will fail, water availability will decrease and diseases will proliferate. Some areas will experience more wildfires and extreme heat; in others, more hurricanes and extreme storms. Coastal cities and possibly entire nations will be swallowed by the sea. There will be widespread social and economic instability, leading to regional conflicts.

Considering that the U.S. is the world’s second biggest emitter behind China, accounting for 16 percent of cumulative global greenhouse gas emissions, the climate decisions President Donald Trump and the Republican-controlled Congress make will be critical for future generations. But he has shown no sign that he’s remotely interested in tackling what climate scientist James Hansen calls “humanity’s greatest challenge.”

Contrary to the view of the international scientific community, Trump has called climate change a “con job” and a “myth.” In 2012 he tweeted that “the concept of global warming was created by and for the Chinese in order to make U.S. manufacturing non-competitive.” He cited cold winter weather as evidence that global warming isn’t real, tweeting during a 2014 winter blizzard, “The entire country is freezing—we desperately need a heavy dose of global warming and fast! Ice caps size reaches all time high.”

The Department Of Justice has ordered Dakota Access not to drill under a river on Army Corps Of Engineers land. Pipeline owner Kelcy Warren couldn’t care less. Cenk Uygur, host of The Young Turks, breaks it down. Tell us what you think in the comment section below. http://tytnetwork.com/join

“As water protectors dig in for the winter near construction of the Dakota Access Pipeline (DAPL), many rumors have been circulating about whether DAPL was in fact going to halt construction, as had been requested by the Department of Justice and U.S. Army Corps of Engineers in September.

Many claims have been made that the Army Corps of Engineers, in negotiations with the Standing Rock Sioux Tribe, had ordered a 30-day pause on DAPL construction. As we reported on Sunday, the Army Corps has in fact clarified that the 30-day halt was “only a proposal” and no work stoppage has been implemented.

On Nov. 7, Unicorn Riot documented active DAPL construction that could be seen from the main Oceti Sakowin encampment.

The afternoon of Nov. 8, as the U.S. presidential election was well underway, Dakota Access, LLC released a statement denying recent claims from the Army Corps of Engineers that they had agreed to a slowdown in pipeline construction. 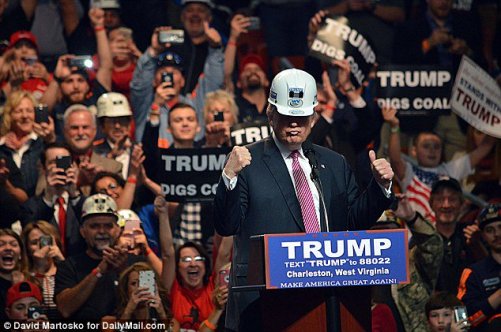 Donald Trump’s surprise election win has encouraged Energy Transfer Partners’s Kelcy Warren, the CEO of the parent company of Dakota Access LLC, which is building the Dakota Access Pipeline (DAPL). In an interview with CBS This Morning, Warren said he is “100 percent” confident that the president-elect will help the company finish the project.

The U.S. Army Corps of Engineers is mulling alternative routes and has requested a temporary halt to the $3.8 billion project but Dakota Access LLC is pushing ahead with construction. According to a Nov. 8 release, the company said it is “currently mobilizing horizontal drilling equipment to the drill box site” and will commence drilling activities upon completion of mobilization in about two weeks.

Yesterday, Army Corps’s Omaha office said it was “concerned” that the company plans to continue building despite the Corps’s request.

Trump has not spoken about the DAPL but holds stocks that are directly funding the Dakota Access Pipeline. According to Trump’s financial disclosure forms, The Guardian reported that he has invested between $500,000 and $1 million in Energy Transfer Partners.

The ardent supporter of fossil fuels wants to bring back the Keystone XL and announced plans to undo President Obama’s climate change and environmental policies.

CEO: Dakota Access Pipeline will be completed under Trump presidency

The leader of the company behind the controversial Dakota Access oil pipeline believes President-elect Donald Trump will help complete the project. Trump is a stockholder in Energy Transfer Partners, and CEO Kelcy Warren donated to Trump’s campaign. Protesters from more than 200 Native American tribes have been camped out near the site since August. Mark Albert reports.