If You Enjoyed This Video Like & Subscribe To My Channel Noam Chomsky https://chomsky.info/ if You Appreciate These Videos Support Pete Tsim On Patreon https://www.patreon.com/PeteTsim?ty=h

English Trailer of the “Howard Zinn, an American popular history” a film project (work in progress) by Olivier Azam and Daniel Mermet (Their new film after “Chomsky and co” – Les Mutins de Pangée 2008 )

In this video Luke Rudkowski talks to Dr. Vandana Shiva about the current situation in India and how GMO’s have affected farmers there. Dr. Shiva is an Indian environmental activist and anti-globalization author to find out more about her check out http://www.navdanya.org/

This video is ” Rough Cut” of PBS television, you’ll join FRONTLINE/World correspondent Chad Heeter in verdant Andhra Pradesh, an agricultural state in eastern India where last summer an average of seven farmers killed themselves every day. In this part of the world, machinery, chemical fertilizers and pesticides, and hybrid seeds

Author John Perkins (Confessions of an Economic Hitman, The Secret History of the American Empire) being interviewed by Amy Goodman (Democracy Now!) (2007)

Confessions of an Economic Hit Man is a book written by John Perkins and published in 2004. It provides Perkins’ account of his career with consulting firm Chas. T. Main in Boston. Before employment with the firm, he interviewed for a job with the National Security Agency (NSA). Perkins claims that this interview effectively constituted an independent screening which led to his subsequent hiring by Einar Greve, a member of the firm (and alleged NSA liaison) to become a self-described “economic hit man”. The book was allegedly referred to in an audio tape released by Osama Bin Laden in September 2009.

According to Perkins, he began writing Confessions of an Economic Hit Man in the 1980s, but “threats or bribes always convinced me to stop.”

According to his book, Perkins’ function was to convince the political and financial leadership of underdeveloped countries to accept enormous development loans from institutions like the World Bank and USAID. Saddled with debts they could not hope to pay, those countries were forced to acquiesce to political pressure from the United States on a variety of issues. Perkins argues in his book that developing nations were effectively neutralized politically, had their wealth gaps driven wider and economies crippled in the long run. In this capacity Perkins recounts his meetings with some prominent individuals, including Graham Greene and Omar Torrijos.

Perkins describes the role of an EHM as follows: Economic hit men (EHMs) are highly-paid professionals who cheat countries around the globe out of trillions of dollars. They funnel money from the World Bank, the U.S. Agency for International Development (USAID), and other foreign “aid” organizations into the coffers of huge corporations and the pockets of a few wealthy families who control the planet’s natural resources. Their tools included fraudulent financial reports, rigged elections, payoffs, extortion, sex, and murder. They play a game as old as empire, but one that has taken on new and terrifying dimensions during this time of globalization.

US-Russia nuclear tensions have risen sharply. Agreements failing. New deployments. We’ll look at the challenge for the next president. 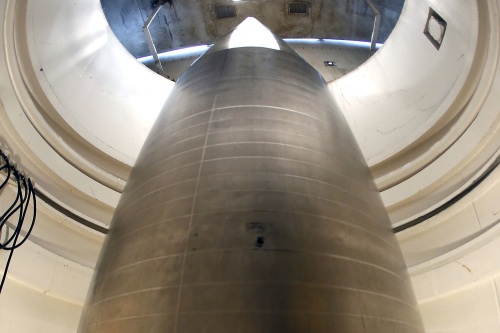 In this June 25, 2014 file photo, the warhead-containing nose cone of an inert Minuteman 3 missile is seen in a training launch tube at Minot Air Force Base, N.D. (Charlie Riedel/AP)

In the long Cold War years of hostile tension between the United States and the Soviet Union, the ultimate existential dread was of nuclear war. Annihilation. When the Cold War ended, the dream was of nuclear disarmament, or at least a stand down. The US and Russia moved toward cooperation. Lately, that tide has turned. Nuclear tensions are back up. Agreements are fraying. Sabers are rattling. The next president will have to deal with it. This hour On Point, nukes, and the next president. — Tom Ashbrook

Joe Cirincione, president of the Ploughshares Fund, a global security foundation. Member of Secretary of State John Kerry’s international security advisory board and the Council on Foreign Relations. Author of “Nuclear Nightmares” and “Bomb Scare.” (@Cirincione)

Steven Pifer, director of the Brookings Arms Control and Non-Proliferation Initiative. Senior fellow in the Center for 21st Century Security and Intelligence and the Center on the United States in Europe at the Brookings Institution. Former U.S. Ambassador to Ukraine. (@steven_pifer)

Gary Samore, executive director for research at the Belfer Center for Science and International Affairs at the Kennedy School of Government at Harvard University. Former White House coordinator for arms control and weapons of mass destruction under President Barack Obama.

A Deep Dig On GMO And Crop Yields | On Point 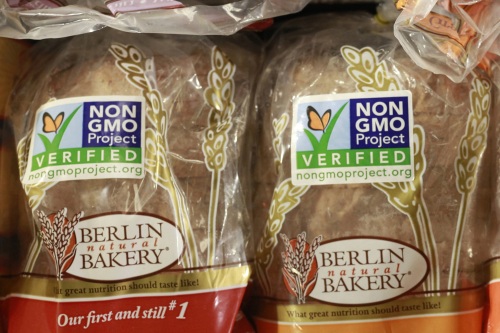 The promise of GMOs – genetically modified crops – was of faster growth in harvests and less use of pesticides. We would feed the world and do it with a lighter chemical footprint. Last weekend, a big story in the New York Times asserted neither of those things is happening. North America has embraced GMO crops. Europe has banned them. And, the report said, 20 years on, North America cannot show an overall advantage. That sparked a firestorm. This hour On Point, are GMOs delivering? — Tom Ashbrook

Andrew Kniss, associate professor in the department of plant sciences at the University of Wyoming. (@WyoWeeds)

Duane Grant, chairman of the board at Snake River Sugar Company and national grower spokesperson for the Sugar Industry Biotechnology Council.

Mike Mann on the Cost of Truth Telling

“The Era of Growth is Ending” – Jerry Mander

Activist Jerry Mander describes America’s current economic model as “unsustainable,” and argues that a full return to pre-crisis levels of economic prosperity may not be possible “in our lifetimes.”