upporters of nuclear power like to argue that nukes are the key to combatting climate change. Here’s why they are dead wrong.

Every nuclear generating station spews about two-thirds of the energy it burns inside its reactor core into the environment. Only one-third is converted into electricity. Another tenth of that is lost in transmission. According to the Union of Concerned Scientists:

Nuclear fission is the most water intensive method of the principal thermoelectric generation options in terms of the amount of water withdrawn from sources. In 2008, nuclear power plants withdrew eight times as much freshwater as natural gas plants per unit of energy produced, and up to 11 percent more than the average coal plant.

Every day, large reactors like the two at Diablo Canyon, California, individually dump about 1.25 billion gallons of water into the ocean at temperatures up to 20 degrees Fahrenheit warmer than the natural environment.

Diablo’s “once-through cooling system” takes water out of the ocean and dumps it back superheated, irradiated and laden with toxic chemicals. Many U.S. reactors use cooling towers which emit huge quantities of steam and water vapor that also directly warm the atmosphere.

These emissions are often chemically treated to prevent algae and other growth that could clog the towers. Those chemicals can then be carried downwind, along with radiation from the reactors. In addition, hundreds of thousands of birds die annually by flying into the reactor domes and towers.

The Union of Concerned Scientists states:

The temperature increase in the bodies of water can have serious adverse effects on aquatic life. Warm water holds less oxygen than cold water, thus discharge from once-through cooling systems can create a “temperature squeeze” that elevates the metabolic rate for fish. Additionally, suction pipes that are used to intake water can draw plankton, eggs and larvae into the plant’s machinery, while larger organisms can be trapped against the protective screens of the pipes. Blocked intake screens have led to temporary shut downs and NRC fines at a number of plants.

And that’s not all.

All nuclear reactors emit Carbon 14, a radioactive isotope, invalidating the industry’s claim that reactors are “carbon free.” And the fuel that reactors burn is carbon-intensive. The mining, milling, and enrichment processes needed to produce the pellets that fill the fuel rods inside the reactor cores all involve major energy expenditures, nearly all of it based on coal, oil, or gas. 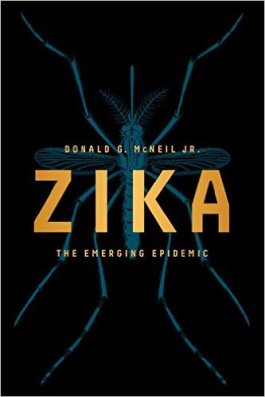 A gripping narrative about the origins and spread of the Zika virus by New York Times science reporter Donald G. McNeil Jr.

Until recently, Zika―once considered a mild disease―was hardly a cause for global panic. But as early as August 2015, doctors in northeast Brazil began to notice a trend: many mothers who had recently experienced symptoms of the Zika virus were giving birth to babies with microcephaly, a serious disorder characterized by unusually small heads and brain damage.

By early 2016, Zika was making headlines as evidence mounted―and eventually confirmed―that microcephaly is caused by the virus, which can be contracted through mosquito bites or sexually transmitted.

The first death on American soil, in February 2016, was confirmed in Puerto Rico in April. The first case of microcephaly in Puerto Rico was confirmed on May 13, 2016. The virus has been known to be transmitted by the Aedes aegypti or Yellow Fever mosquito, but now Aedes albopictus, the Asian Tiger mosquito, has been found to carry it as well, which means it might affect regions as far north as New England and the Great Lakes. Right now, at least 298 million people in the Americas live in areas “conducive to Zika transmission,” according to a recent study. Over the next year, more than 5 million babies will be born.

In Zika: The Emerging Epidemic, Donald G. McNeil Jr. sets the facts straight in a fascinating exploration of Zika’s origins, how it’s spreading, the race for a cure, and what we can do to protect ourselves now.

The Snowden Files: The Inside Story of the World’s Most Wanted Man: Luke Harding 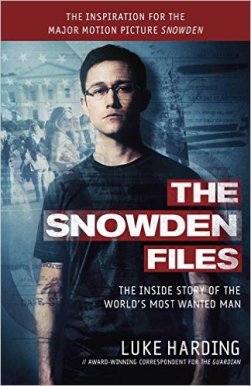 Edward Snowden is one of the most extraordinary whistleblowers in history. A precocious computer specialist who rapidly rose through the ranks of the U.S. intelligence community, Snowden was only twenty-nine years old when he exposed the National Security Agency’s mass surveillance program of citizens, which collects and stores people’s phone calls, emails, and contacts. Forced to flee the country to escape federal prosecutors, he remains a controversial figure in exile, having been called, by turns, a traitor, a hero, a dissident, a patriot.

Now, in these pages, award-winning Guardian correspondent Luke Harding takes us inside Snowden’s story, which has all the action and intrigue of a spy novel—yet is too astonishing not to be true. The Snowden Files is an essential investigation of the interplay between one man and the government, between national security and the right to privacy, and how the far-reaching capabilities of digital surveillance affect us all.

No Ordinary Disruption: The Four Global Forces Breaking All the Trends 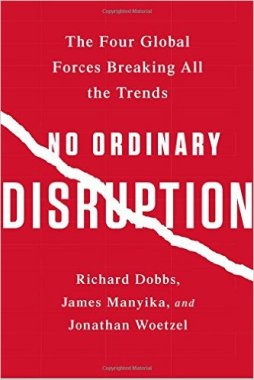 Our intuition on how the world works could well be wrong. We are surprised when new competitors burst on the scene, or businesses protected by large and deep moats find their defenses easily breached, or vast new markets are conjured from nothing. Trend lines resemble saw-tooth mountain ridges.

The world not only feels different. The data tell us it is different. Based on years of research by the directors of the McKinsey Global Institute, No Ordinary Disruption: The Four Forces Breaking all the Trends is a timely and important analysis of how we need to reset our intuition as a result of four forces colliding and transforming the global economy: the rise of emerging markets, the accelerating impact of technology on the natural forces of market competition, an aging world population, and accelerating flows of trade, capital and people.

Our intuitions formed during a uniquely benign period for the world economy—often termed the Great Moderation. Asset prices were rising, cost of capital was falling, labour and resources were abundant, and generation after generation was growing up more prosperous than their parents.

But the Great Moderation has gone. The cost of capital may rise. The price of everything from grain to steel may become more volatile. The world’s labor force could shrink. Individuals, particularly those with low job skills, are at risk of growing up poorer than their parents.

What sets No Ordinary Disruption apart is depth of analysis combined with lively writing informed by surprising, memorable insights that enable us to quickly grasp the disruptive forces at work. For evidence of the shift to emerging markets, consider the startling fact that, by 2025, a single regional city in China—Tianjin—will have a GDP equal to that of the Sweden, of that, in the decades ahead, half of the world’s economic growth will come

from 440 cities including Kumasi in Ghana or Santa Carina in Brazil that most executives today would be hard-pressed to locate on a map.

What we are now seeing is no ordinary disruption but the new facts of business life— facts that require executives and leaders at all levels to reset their operating assumptions and management intuition.

Lakota Activist Debra White Plume from Pine Ridge: Why I am a Water Protector at Standing Rock

http://democracynow.org – While Democracy Now! was covering the standoff at Standing Rock earlier this month, we spoke to longtime Lakota water and land rights activist Debra White Plume, who was born and raised on the Pine Ridge Indian Reservation in South Dakota and lives along the banks of Wounded Knee Creek. She described what the Dakota Access pipeline means to her.

Bringing Investments Into Alignment With Our Mission — High Meadows Fund

The High Meadows Fund has decided to bring our investments more in line with our mission to promote vibrant communities and a healthy natural environment. To do this, we are eliminating the following from our investment portfolio: oil and gas companies, producers of coal, and utility companies that burn coal as their primary source of fuel, when that can be identified.

Currently, a significant portion of High Meadows Fund assets are managed by Colonial Consulting within the Vermont Community Foundation’s long-term investment pool, and the balance is managed by a Boston-based investment manager. In both cases, the money has been invested in various co-mingled funds, which has made it challenging to track every investment dollar relative to fossil fuel production and climate change. And it has been even more challenging to directly dictate specific sectors or companies to exclude from the portfolio.

Nigeria lawmakers to investigate whether oil exports were stolen

A conversation with the activist and retired professor of linguistics at M.I.T.