Will the human species be able to survive the flow of  intergenerational wealth that is now already underway? 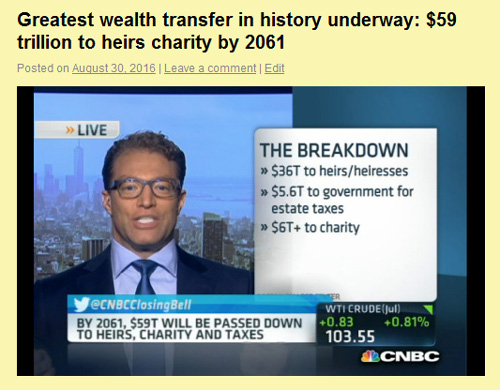 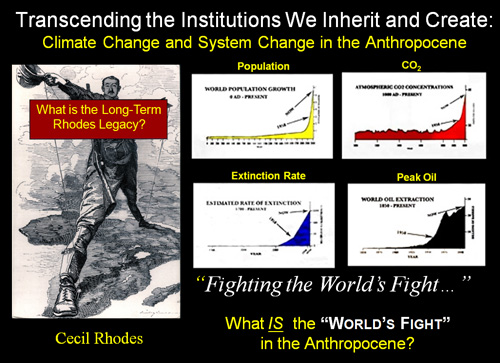 Other links available through Rhodes-Scholar-TV 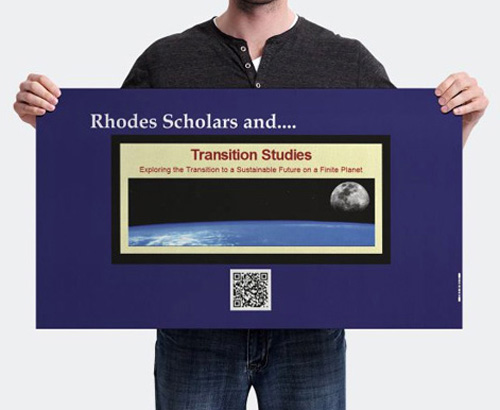 Almost 30 years have passed since I introduced the concept of “net intergenerational wealth flows” in a PDR essay, “Toward a restatement of demographic transition theory.” A great deal of research has been published since then, and accordingly an update is needed. That research suggests the following propositions. Immediately before fertility transition, children’s farm labor may not quite offset their consumption, although much depends on how far into adulthood they continue to perform at least some work for their parents.

In premodern times children may have paid their way because of lower consumption. Research on the pre-transitional value of children’s work produced contradictory results because it examined both hunter-gatherer societies, in which both adults and children worked comparatively few hours, and farming societies, in which both worked longer hours. In pre-transitional societies, the insurance value of children was almost unlimited. For most people in most societies, alternative ways of maintaining savings from the earlier to the later stage of the life cycle first became available only when large-scale investment in children’s education was possible. The costs and gains from that investment played a major role in the onset of the fertility transition.

Millionaires and the Millennium: New Estimates of the Forthcoming Wealth Transfer and the Prospects for a Golden Age of Philanthropy

CWP to Wind Down

For nearly a half-century, BC’s Center on Wealth and Philanthropy has examined not only the patterns and motives, but also the moral and ethical considerations that drive charitable giving among the rich. As its director, Professor of Sociology Paul Schervish, and associate director John Havens move toward retirement, their work is featured by the Boston Globe and the Chronicle of Philanthropy.  Hear Schervish discuss fundraising in 2014 and the forecast for 2015 on Nonprofit Radio.
(Originally published on BC’s Agora Portal.)

Inheritance and Wealth in America

Inheritance and Wealth in America is a superb collection of original essays, written in nontechnical language by experts in sociology, economics, anthropology, history, law, and other disciplines. Notable chapters provide – an outstanding interpretative history of inheritance in American legal thought – a critical review of the literature on the economics of inheritance at the household and societal levels – a superb history of Federal taxation of wealth transfers, and – a sociological examination of inheritance and its role in class reproduction and stratification. This groundbreaking work is of value to any researcher dealing with the transmission of wealth and privilege across generations.

The Future of Social Enterprise

The Future of Social Enterprise considers the confluence of forces that is shaping the field of social enterprise, changing the way that funders, practitioners, scholars, and organizations measure performance. We trace a growing pool of potential funding sources to solve social problems, much of it stemming from an intergenerational transfer of wealth and new wealth from financial and high-tech entrepreneurs. We examine how these organizations can best access the untapped resources by  demonstrating mission performance and then propose three potential scenarios for
how this sector might evolve:

Consolidation: In this scenario, funding will keep growing in a gradual, linear fashion and organizations will compete for resources by demonstrating performance. The sector will consolidate, with some efficient organizations gaining scale, some merging and then growing, and some failing to achieve either scale or efficiency and eventually shutting down. Entrepreneurial: In a more optimistic future, existing and new enterprises will apply strategies to achieve and demonstrate performance, improving efficiency and effectiveness and attracting new funding sources. More organizations will enter a reformed, competitive field of social change with new entrepreneurial models, established traditional organizations, and innovative funding strategies fueling widespread success.

Expressive: Rather than focusing exclusively on performance, funders and organizations may view their investment as an expressive civic activity. As much value is placed on participating in a cause as on employing concrete measures of impact or efficiency. In this scenario, funding will flow as social entrepreneurs experiment with new models based on a range of individual priorities and relationships.

Sarah Jaffe, NECESSARY TROUBLE: Americans in Revolt/Nation Institute/Belabored Podcast/Dissent Magazine joins Thom. When Bernie Sanders emerged earlier this year as a serious contender for the Democratic nomination – many mainstream pundits were caught off guard. They simply could not understand how a self-described socialist was close to beating Hillary Clinton. Well – they couldn’t understand because they hadn’t been paying attention.

Contrary to what the talking heads on cable news thought – Bernie’s campaign wasn’t some kind of magical explosion of populism. It was an extension of the surge in political activism that has emerged out of the 2008 financial crisis – a phenomenon that has seen Americans of all races taking to streets in a way we haven’t seen in decades. My next guest has written about this movement in depth – and has traveled across the country to learn from the leaders of this new era in American activism. Joining me now for tonight’s Conversations with Great Minds is journalist Sarah Jaffe – author of the new book “Necessary Trouble: Americans in Revolt.” Sarah is also a Fellow at the Nation Institute and the Host of the “Belabored” Podcast for Dissent Magazine.

Thom speaks with Dr. Michael Man, distinguished professor & author, about the unprecedented rate of warming around the globe, and what that means for the future of our species.

Nasa: Earth is warming at a pace ‘unprecedented in 1,000 years’

The sun sets beyond visitors to Liberty Memorial as the temperature hovers around 100F in Kansas City, Missouri, last month. Photograph: Charlie Riedel/AP

The planet is warming at a pace not experienced within the past 1,000 years, at least, making it “very unlikely” that the world will stay within a crucial temperature limit agreed by nations just last year, according to Nasa’s top climate scientist.

This year has already seen scorching heat around the world, with the average global temperature peaking at 1.38C above levels experienced in the 19th century, perilously close to the 1.5C limit agreed in the landmark Paris climate accord. July was the warmest month since modern record keeping began in 1880, with each month since October 2015 setting a new high mark for heat.

But Nasa said that records of temperature that go back far further, taken via analysis of ice cores and sediments, suggest that the warming of recent decades is out of step with any period over the past millennium.

“In the last 30 years we’ve really moved into exceptional territory,” Gavin Schmidt, director of Nasa’s Goddard Institute for Space Studies, said. “It’s unprecedented in 1,000 years. There’s no period that has the trend seen in the 20th century in terms of the inclination (of temperatures).”