Are CEOs Who Put Profits Over Country Un-American? 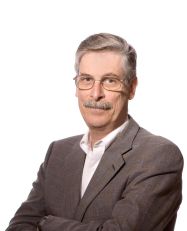 The National Park Service Centennial is a time of great celebration. But as we laud the past 100 years, we must acknowledge that the next century will present grave challenges to the magnificent places that make up the world’s greatest system of national parks.

One need look no further than Glacier National Park to see the devastating impacts of climate change. On Thursday—the 100th anniversary of the National Park Service—U.S. Secretary of the Interior Sally Jewell will tour the park with scientists and stakeholders to see firsthand how climate change is affecting park resources.

Giant masses of ice—the park’s namesake—are melting at an alarming rate. According to some analyses, by 2020 the glaciers will be significantly melted and could disappear within one or two decades.

The effects of climate change can be seen at natural and historic parks across the nation—from sea-level rise affecting the Statue of Liberty in New York Harbor to ecosystems being disrupted in the Florida Everglades.

Earlier this summer, President Obama addressed a crowd at Yosemite National Park and called climate change the biggest challenge we’re going to face in protecting places like the iconic park. He pointed to alpine meadows drying up, wildlife ranges shifting due to rising temperatures, the park’s largest glacier melting and wildfires increasing.

The Park Service is trying to answer the call.

Glacier Park in 2116: Challenges we can’t even imagine likely on the horizon 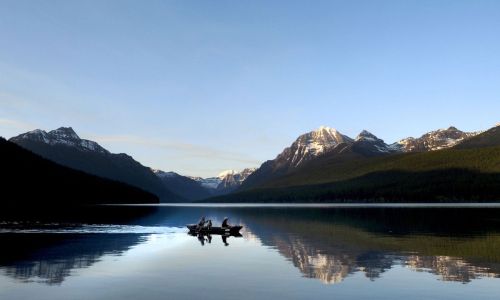 Or so we assume.

By 2116, most people also assume that Glacier National Park will be decades past the loss of the last of its namesake glaciers.

And if you think traffic is crowded on Going-to-the-Sun Road today, imagine it 100 years from now.

That is, if private vehicles are still allowed on the road.

What will Glacier Park be like after another century has passed? Will 5 million or more people be clamoring to gain entrance every year? Will there be limits on how many of them can access Logan Pass? Will alternate modes of transportation be used to get there?

Or might visitors have the run of the park, or what little they can see of it, because most people steer clear of Glacier due to smoke from increasingly intense wildfires in the West that hide the beautiful landscape for weeks – or even months – on end every summer?

You might even ask if Glacier will still be a national park, given the efforts by some to transfer ownership of, and financial responsibility for, federal public lands to states, and the warnings of others who believe it’s a precursor to selling them off altogether.

Kris Ullman, Conservative Commentator/Activist & Medea Benjamin, Global Exchange/CodePink/Kingdom of the Unjust: Behind the U.S.-Saudi Connection & Scott Greer, The Daily Caller all join Thom. On Wednesday Maine’s governor Paul LePage sounded pretty racist when he explained how he knows who the enemy is – saying: “I made the comment that black people are trafficking in our state, now ever since I said that comment I’ve been collecting every single drug dealer who has been arrested in our state. … and I will tell you that 90-plus percent of those pictures in my book, … are black and Hispanic people from Waterbury, Connecticut – the Bronx – and Brooklyn.”

Maine’s governor unleashed an expletive-laden, homophobic tirade on a state re presentative

Republican Gov. Paul LePage told a Democratic politician, “You little son of a bitch, socialist cocksucker. You … I need you to … Just friggin’.”

According to the Portland Press Herald, a TV reporter suggested that State Rep. Drew Gattine, a Democrat, had called LePage, a Republican, a racist, and asked LePage how he felt about it. Upon hearing about it, LePage left Gattine a voicemail with expletives and homophobic insults:
Mr. Gattine, this is Gov. Paul Richard LePage. I would like to talk to you about your comments about my being a racist, you cocksucker. I want to talk to you. I want you to prove that I’m a racist. I’ve spent my life helping black people and you little son of a bitch, socialist cocksucker. You… I need you to… Just friggin’. I want you to record this and make it public because I am after you. Thank you.LePage later expanded on his rage to the Portland Press Herald, saying, “When a snot-nosed little guy from Westbrook calls me a racist, now I’d like him to come up here because, tell you right now, I wish it were 1825. And we would have a duel. That’s how angry I am. And I would not put my gun in the air, I guarantee you; I would not be [Alexander] Hamilton. I would point it right between his eyes, because he is a snot-nosed little runt and he has not done a damn thing since he’s been in this legislature to help move the state forward.”

Democratic lawmakers in Maine warn that Gov. Paul LePage was coming unhinged and to call for a political interention after the Republican leader left an obcene tirade in a voicemail for a liberal lawmaker. (Aug. 26)

Criticism about Clinton Foundation donors’ access to Democratic presidential nominee Hillary Clinton while she was secretary of state has put a spotlight on the multibillion-dollar private charity. VOA’s Chris Simkins has a closer look at what the foundation does.
Originally published at – http://www.voanews.com/a/clinton-foun…

Last week marked five years since Stanford University introduced to the world the classes that would soon spark a frenzy over massive open online courses.