As the number of people living on planet earth grows by the minute – we are sitting on a ticking time bomb – all 7 billion of us. So does overpopulation actually pose a bigger threat than climate change? I’ll ask activist and author Karen Shragg in tonight’s Conversations with Great Minds.

In news on climate change, rapidly melting ice sheets in Greenland may unearth hazardous radioactive waste stored at a secret Cold War-era U.S. military base. The U.S. deposited the waste in deep underground tunnels at Camp Century in northern Greenland in the 1960s, expecting it would be secure underneath the ice forever. But a new study published in the journal Geophysical Research Letters says rapidly warming temperatures may now unearth the dangerous waste as soon as the end of this century, threatening local ecosystems.

Bolivia: State of Emergency Declared Amid Worst Wildfire in 10 Years 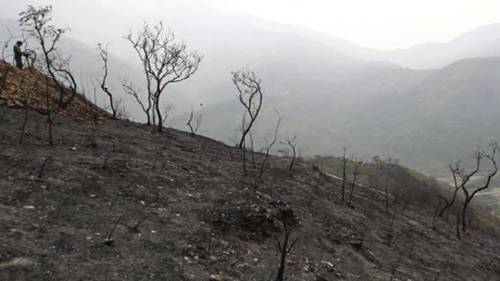 Meanwhile, a state of emergency has been declared in Bolivia, amid the worst fires in a decade. There are nearly 25,000 drought-fueled wildfires currently burning across Bolivia. 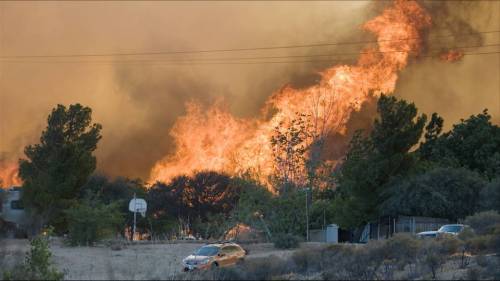 This comes as wildfires continue to burn across California, where the uncontrolled “Pilot Fire” burning east of Los Angeles swelled by more than 50 percent Tuesday. Nearby school districts and roads have been closed, and more than 5,000 homes are under evacuation orders. On Tuesday, Cal Fire said the blaze is only 6 percent contained. 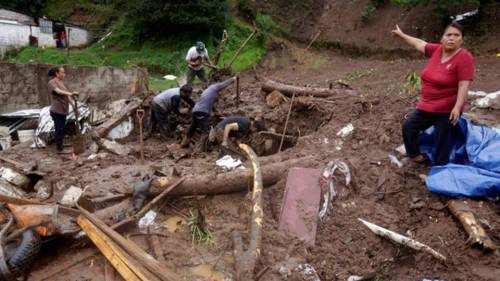 Meanwhile, in Mexico, extraordinary rainfall has caused mudslides that have killed nearly 50 people. The director of Mexico’s National Water Commission said the rainfall from the single storm was equal to the average amount of rainfall over the entire month of August.

In Ethiopia, human rights groups say nearly 100 people were killed after government forces opened fire on protesters over the weekend. Hundreds of thousands of people attended the nationwide protests, which were denouncing the government for committing human rights abuses and for suppressing the ethnic Oromo community. Ethiopia has faced growing anti-government protests over the last two years, sparked initially by the government’s plan to lease a forest to private developers.

Wildfires in southern France are threatening the city of Marseille, burning homes and forcing the evacuation of hundreds of residents.

More than 1,500 firefighters are tackling the blazes which sprang up in scrubland north of the city.

Wildfires have also been raging in Portugal and on the Portuguese island of Madeira.

Three people have been killed on the holiday island and more than 1,000 have been forced from their homes.

French officials said homes had been destroyed in the towns of Vitrolles, about 25km (15 miles) north of Marseille, and nearby Pennes-Mirabeau. Hundreds of residents have been evacuated.

John Geesman discusses how the new energy landscape may have left PG&E without a choice for the future of Diablo Canyon.

Why is Closing the Diablo Canyon Nuclear Power Plant a Big Deal?

Embarrassing Photos of Me, Thanks to My Right-Wing Stalkers – Bill McKibben – The New York Times 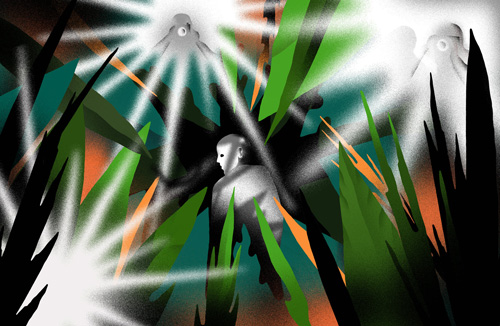 MIDDLEBURY, Vt. — THERE are shameful photos of me on the internet.

In one series, my groceries are being packed into plastic bags, as I’d forgotten to bring cloth ones. In other shots, I am getting in and out of … cars. There are video snippets of me giving talks, or standing on the street. Sometimes I see the cameraman, sometimes I don’t. The images are often posted to Twitter, reminders that I’m being watched.

In April, Politico and The Hill reported that America Rising Squared, an arm of the Republican opposition research group America Rising, had decided to go after me and Tom Steyer, another prominent environmentalist, with a campaign on a scale previously reserved for presidential candidates. Using what The Hill called “an unprecedented amount of effort and money,” the group, its executive director said, was seeking to demonstrate our “epic hypocrisy and extreme positions.”

Since then, my days in public have often involved cameramen walking backward and videotaping my every move. It’s mostly when I travel (I’ve encountered them in at least five states so far, as well as in Australia), and generally when I’m in a public or semipublic space. They aren’t interested in my arguments; instead, these videos, usually wordless, are simply posted on Twitter, almost always with music. One showed me sitting in a church pew, accompanied by the song “Show Me That Smile.” The tweet read, “Ready for his close-up.”

Someone also went to the archive at Texas Tech University, where my papers are stored, and asked for copies of everything in all 54 boxes. He identified himself as being with a group that is affiliated with America Rising Squared.

This effort has resulted in all kinds of odd things appearing on right-wing corners of the web: out-of-context quotations from old books and articles apparently put on display to prove I’m a zealot, and photos from God knows who intended to make me out as a hypocrite (the plastic bags, for instance, and my travel by car, which, you know, burns gas). Mostly, they’ve just published those creepy videos, to remind me that I’m under surveillance.

I understand that this isn’t horrible in the way that police brutality is horrible, or having your home swept away by a flood is horrible. I know that in other parts of the world, environmentalists have worse things than cameras pointed at them. From Honduras to the Philippines, in the last two years, activists have been assassinated after getting in the way of megaprojects. 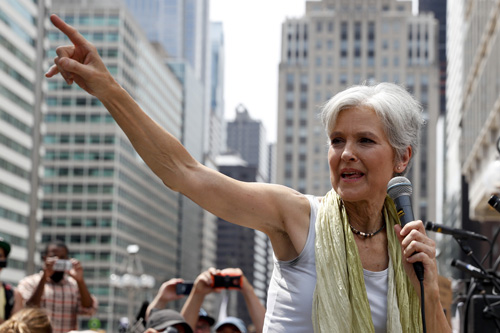 As Bernie Sanders was at the Democratic convention in Philadelphia beseeching his backers to throw their support to Hillary Clinton or risk a Donald Trump presidency, Green Party presidential candidate Jill Stein was outside with another message: Don’t compromise. Vote for me. Vote for a Green New Deal. Stein wants college debt forgiveness, free tuition, Medicare for all and an emergency transition to green energy, food, transportation. This hour On Point, the Green Party’s Jill Stein. — Tom Ashbrook