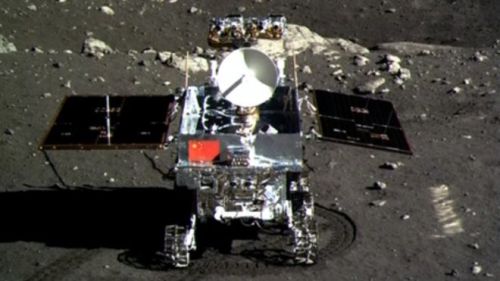 Moon Express has become the first private firm to win US approval for an unmanned mission to the moon.

The two-week mission was given the go-ahead by the Federal Aviation Administration’s Office of Commercial Space Transportation.

The plan is to send a suitcase-sized lander to the moon in late 2017.

The lander, which is not yet completed, will be carried on a rocket made by Rocket Lab, a start-up firm which has not launched any commercial missions.

Science experiments and some commercial cargo will be carried on the one-way trip to the lunar surface.

Moon Express also plans to beam pictures back to the Earth.

What if you could mine the moon?

“The Moon Express 2017 mission approval is a landmark decision by the US government and a pathfinder for private sector commercial missions beyond Earth’s orbit,” said Moon Express co-founder Bob Richards.

His partner, Naveen Jain, says the company is keen to explore the possibilities of mining on the moon.

“In the immediate future we envision bringing precious resources, metals and moon rocks back to Earth,” he said.

Mr Jain, was born in India, but moved to the US in 1979 where he worked in the technology industry and founded technology firms.