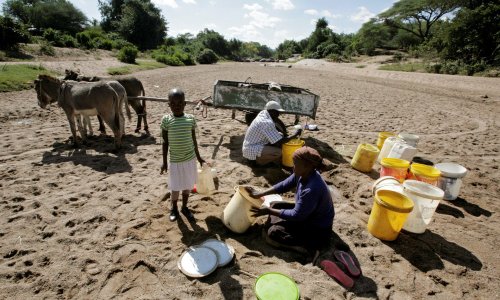 15 southern African countries have asked for $2.8bn to help feed nearly 40 million people hit by one of the worst regional droughts in 35 years

Global development is supported by

Southern African countries have launched an emergency appeal for $2.8bn (£2.1bn) to help feed nearly 40 million people hit by one of the worst regional droughts in 35 years.

Lesotho, Malawi, Namibia, Swaziland and Zimbabwe have already declared national drought emergencies, South Africa has a drought emergency in eight of its nine provinces, and Mozambique declared a 90-day “red alert” for some areas.

Food shortages are expected to peak between October, when supplies will run lowest, and March, when the next harvest is due, so the number of people in extreme need is expected to rise significantly if insufficient assistance is given.

The US has pledged $127m (£97m), lifting its contribution to the region to about $300m. Britain has delivered $250m to Africa since July 2015 as part of its El Niño response, and the Netherlands, Switzerland and Italy last week announced pledges totalling $22m.