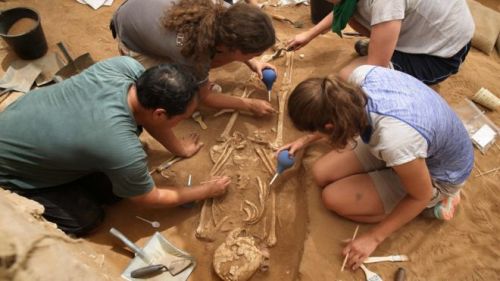 Researchers in Israel have made what they say is the first discovery of a Philistine cemetery.

The discovery, made in 2013 and finally revealed on Sunday, may yield answers to an enduring mystery surrounding the origins of the Philistines.

It comes at the end of a 30-year excavation by the Leon Levy Expedition.

Expedition leaders say they discovered 145 sets of remains in several burial rooms, some surrounded by perfume, food, jewellery and weapons.

The remains date to between the 11th and the 8th centuries BC.