Great Minds: How Poverty Is Created By the Wealthy

Joel D. Joseph, Made In the USA Foundation/Inequality in America: 10 Causes and 10 Cures joins Thom. The United States of America is the most unequal society in the developed world. Is that just a natural result of capitalism or is it the consequence of specific policies that have been put in place since the Reagan years?

http://democracynow.org – While Iraq is marking a third day of mourning, a long-awaited British inquiry into the Iraq War has just been released. The Chilcot report is 2.6 million words long—about three times the length of the Bible. Using excerpts from private correspondence between former Prime Minister Tony Blair and U.S. President George W. Bush, the report details how Blair pushed Britain into the war despite a lack of concrete intelligence. For example, eight months before the invasion, Blair wrote to Bush: “I will be with you, whatever.” Then, in June 2003, less than three months after the invasion began, Blair privately wrote to Bush that the task in Iraq is “absolutely awesome and I’m not at all sure we’re geared for it.” Blair added, “And if it falls apart, everything falls apart in the region.” For more, we speak with British-Pakistani writer, commentator and author Tariq Ali.

Thom discusses how Brexit represents the backlash against neoliberalism with economist and author Robin Hahnel, how Congress is trying to pass dangerous anti-privacy laws following the Pulse nightclub shooting with The District Sentinel’s Sam Sacks, how race is playing in the 2016 presidential election with radio host Ben Dixon, and in tonight’s Daily Take Thom details America’s Brexit in 1776.

Professor Robin Hahnel, American University(Emeritus)/The Political Economy of Participatory Economics joins Thom. All over the world right now people are rising up against the economic order of things. Bernie Sanders – Brexit – Donald Trump – Syriza in Greece – these things seem like they have nothing to do with each other – except for the fact that they have everything to do with each other…

The best science stories from the week

On tonight’s inaugural Big Picture Science Show Thom looks back at some of the best science stories from the week: His interview with climatologist Michael Mann on how we really don’t need climate data anymore because of the constant extreme weather events, how technology can help the Syrian refugees make their journey safer with Third Wave Volunteers’ Alison Thompson, how we can get to 100% renewable energy with Post Carbon Institute’s Richard Heinberg, and in tonight’s Daily Take Thom details the climate justice case against Exxon and how the U.S. needs to lead the world in combating the greatest threat to our planet. 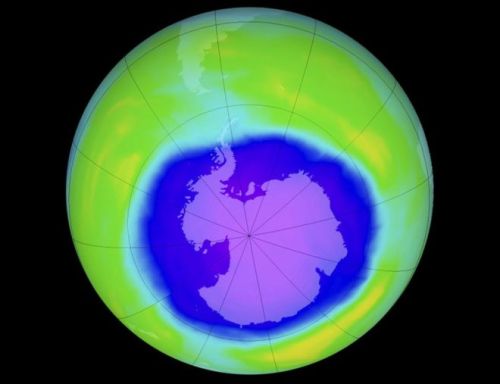 Researchers say they have found the first clear evidence that the thinning in the ozone layer above Antarctica is starting to heal.

The scientists said that in September 2015 the hole was around 4 million sq km smaller than it was in the year 2000 – an area roughly the size of India.

The gains have been credited to the long term phasing out of ozone-destroying chemicals.

The study also sheds new light on the role of volcanoes in making the problem worse.

How The Food Industry Destroys Democracy

On July 1st – Vermont’s mandatory GMO labeling law went into effect. Less than a week later – there’s a bipartisan effort to make it harder for consumers around America to know what they’re eating.

Matthew Schwartz, South Florida Wildlands Association. Some of Florida’s gorgeous beaches now look like something out of the Creature from the Black Lagoon. Who’s to blame? And what can we do to make sure this never happens again?