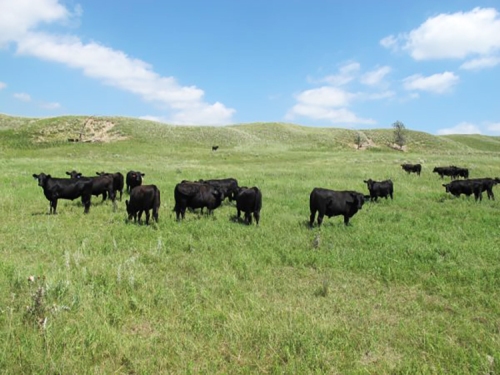 graze here on a ranch in the Sand Hill region of North Central Nebraska. Grasslands cover a large percentage of the planet and research demonstrates greater potential with improved management (such as compost additions and plant composition) to increase soil carbon.Andrea Basche, Union of Concerned Scientists | May 21, 2016 1:35 pm

Are there agricultural practices that might offer more potential than the ones commonly discussed in the “carbon farming” conversation? In a companion post, I wrote about what the science tells us about cover cropping and reduced tillage, two practices getting a lot of attention in what I’ve called the “carbon farming” rage. Here I want to address some more agroecological practices, those that incorporate ecological principles and what is known from field research about their ability to add carbon to the soil.

What Do We Know About Soil Carbon Potential Beyond the Basic Conservation Practices?

There is less research on the relationship of agroecological practices, such as crop rotations, agroforestry and improved grazing-based systems, with soil carbon—but what is known is very positive. A synthesis paper of global field studies found that crops in rotation plus cover crops increased total soil carbon by 8.5 percent. Some estimates have suggested that when land is shifted from use for growing agricultural crops to pasture for livestock, carbon increases significantly (by 19 percent, according to one study synthesizing several research sites). The same analysis found that returning some cropland to forest could lead to even larger soil carbon gains (up to 53 percent).

On grazing lands, which cover around 25 percent of lands globally, changes to management (for example, compost additions or improved grazing practices such as fertilizer additions or the use of native plant communities) can increase soil carbon such that small changes make a big difference when scaled up. Further, on the option of integrating of trees into agricultural lands, scientists have estimated the potential of agroforestry systems to increase soil carbon to be approximately 95 times greater than the conservation practices of no-till, cover crops and crop rotations (as estimated by one analysis that looked at many studies in the tropics).