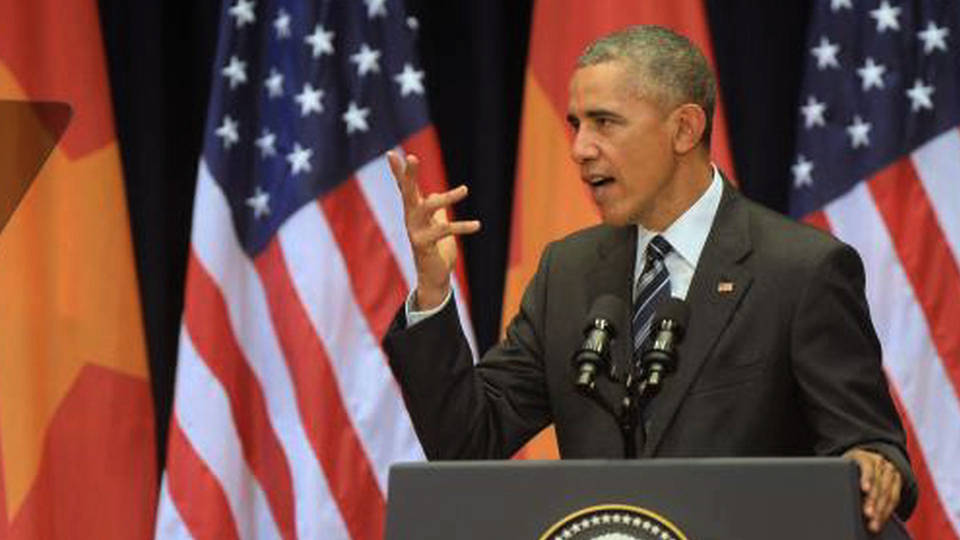 President Obama sought to drum up support for the Trans-Pacific Partnership trade deal as he continues his visit to Vietnam. The pact among 12 Pacific Rim countries, including Vietnam, appears unlikely to pass the U.S. Congress before the November election. All three presidential candidates have opposed it amid a wave of public protest by those who say it benefits corporations at the expense of health and environmental regulations. But Obama said he believed the TPP would one day pass.

President Barack Obama: “Moreover, I support TPP because of its important strategic benefits. Vietnam will be less dependent on any one trading partner and enjoy broader ties with more partners, including the United States.”