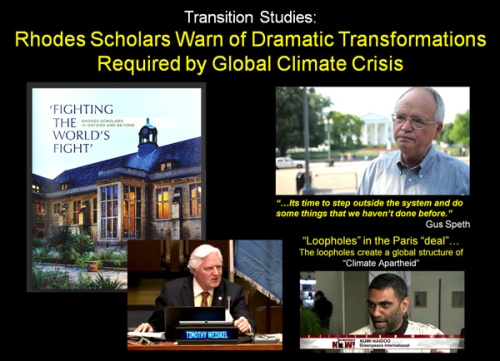 and:  Some further sources on Gus Speth… 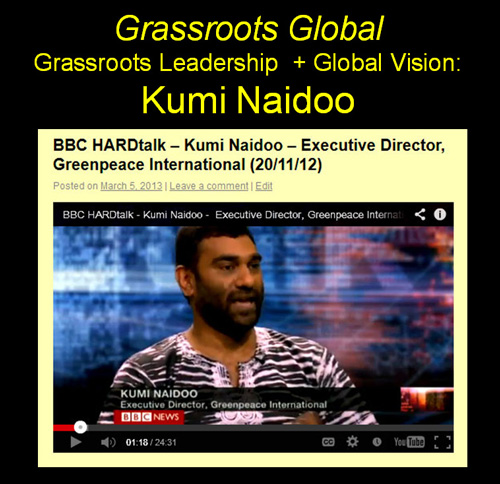 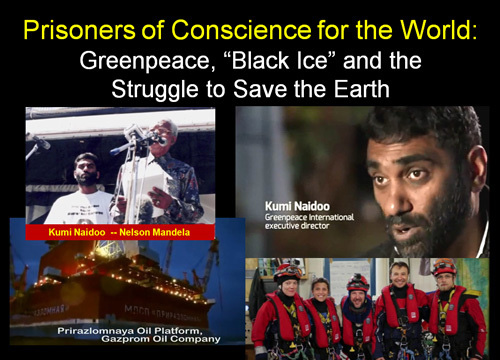 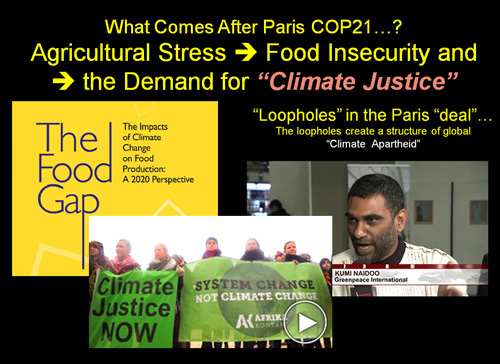 and Selected sources on Kumi Naidoo  plus other sources.

and on Rhodes in Dialogue – a New Paradigm…

The Story of Bottled Water, released on March 22, 2010 (World Water Day) employs the Story of Stuff style to tell the story of manufactured demand—how you get Americans to buy more than half a billion bottles of water every week when it already flows from the tap. Over five minutes, the film explores the bottled water industrys attacks on tap water and its use of seductive, environmental-themed advertising to cover up the mountains of plastic waste it produces. The film concludes with a call to take back the tap, not only by making a personal commitment to avoid bottled water, but by supporting investments in clean, available tap water for all.

And, for all you fact checkers out there, http://storyofstuff.org/pdfs/StoryOfB…

The Story of Electronics, releasing Tuesday, NOVEMBER 9, employs the Story of Stuff style to explore the high-tech revolution’s collateral damage—25 million tons of e-waste and counting, poisoned workers and a public left holding the bill. Host Annie Leonard takes viewers from the mines and factories where our gadgets begin to the horrific backyard recycling shops in China where many end up. The film concludes with a call for a green ‘race to the top’ where designers compete to make long-lasting, toxic-free products that are fully and easily recyclable.

The Story of Cosmetics, released on July 21st, 2010, examines the pervasive use of toxic chemicals in our everyday personal care products, from lipstick to baby shampoo. Produced with Free Range Studios and hosted by Annie Leonard, the seven-minute film by The Story of Stuff Project reveals the implications for consumer and worker health and the environment, and outlines ways we can move the industry away from hazardous chemicals and towards safer alternatives. The film concludes with a call for viewers to support legislation aimed at ensuring the safety of cosmetics and personal care products.

Many pundits were caught off-guard by the transpartisan fury over America’s trade policy rocking the presidential primary season. But it’s no surprise to me. I grew up in a working class family in Kenosha, Wisconsin. So I know why Americans have had enough of shiny promises, job-killing trade deals, and Wall Street bailouts that propel ordinary people into an economic nose dive.

Hard working Americans of all political stripes recognize when the rules have been rigged against them, because they live day-to-day with the results. No doubt revolutionary change is an appealing alternative.

During the NAFTA era, my home state lost 68,000 manufacturing jobs — one out of seven in the state. Just one example: After Chrysler received billions in a 2009 bailout, it shut its Kenosha Engine facility, cut the last 800 jobs and moved operations to Mexico.

The damage extends beyond those who lose their jobs. They compete for non-offshorable service sector jobs, pushing down wages economy-wide, hurting communities coast to coast.

From Flint to El Paso and points beyond, Americans have been slammed by the trade double whammy: Firms and their well-paying jobs go away. Then just when assistance is most needed, tax bases shrivel so basic services get cut and infrastructure crumbles.

Bernie Sanders’ primary victories have finally forced the mainstream media to mention the millions of middle class livelihoods destroyed by trade policies. Now it’s time to face up to a second disastrous risk: These trade deals pose a direct frontal attack on a livable environment.

Ian Angus: How the Paris talks failed the planet

Ian Angus is a Canadian ecosocialist activist and author. The editor of Climateandcapitalism.com, Angus is also the co-author of Too Many People? Population, Immigration, and the Environmental Crisis with former Green Left Weekly editor Simon Butler (Haymarket, 2011).

Angus is also a featured guest at the “Socialism for the 21st Century” conference in Sydney on May 13-15 as well as speaking at public forums around the country ahead of the conference. Melbourne-based community radio 3CR spoke with Angus ahead of his Australian tour. The first part of his interview is abridged below.

What are your opinions about the fallout from the Paris conference?

The Paris talks were pretty much what I expected them to be; that is, basically a pretty substantial show without really very much content. You know the old story about what’s amazing about a dog that walks on hind legs is not that he does it well, but that he does it at all.

And similarly, people seem to get excited about the Paris conference simply because there was an agreement, but the agreement wasn’t very good. In fact the agreement is just plain awful.

I mean it does have all the appropriate words in it; it says things like we should reduce average temperature by 2 degrees, and 1.5 degrees if possible, and it says things like that. But it actually contains no concrete measures whatsoever, no method of actually achieving that. It doesn’t even mention fossil fuels which is the key to all this — they have to be cut.

And it all depends on the parties to the agreement voluntarily setting their own targets and their own procedures.

We have had voluntary targets set for 20 years and nothing ever happens. What we have is like an agreement to agree to agree one day.

And it turns out that there are only two countries in the whole world that have a plan that could actually achieve the goals that need to be achieved within their country — Cuba and Tuvalu. Those are important countries, but they are very small.

And when you look at the United States, China, Australia or Canada, what you have is at best what they like to call aspirational goals. That means they have no idea how they’re going to achieve them, and actually have no intention of achieving them. 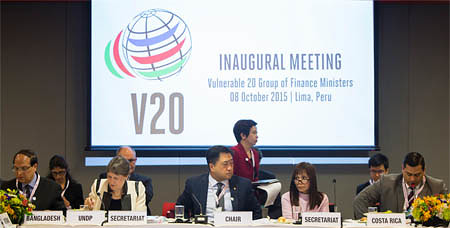 ‘Vulnerable 20’ communique: “Climate change is the defining challenge of our time. Overcoming it is a matter of survival for people on all continents and vulnerable communities everywhere.”
FOUNDING COMMUNIQUE:
VULNERABLE TWENTY GROUP OF MINISTERS OF FINANCE

1. We, the Finance Ministers of the Vulnerable Twenty (V20) Group, in our inaugural meeting this 8th day of October 2015 in Lima, Peru, chaired by the Philippines’ Finance Secretary, Cesar Purisima, hereby set forth our common and collective challenges, aspirations, and proposed actions in this Communiqué.

2. As called for by the Climate Vulnerable Forum (CVF) in its 2013-15 Costa Rica Action Plan, we agreed to form the V20 and discussed the role, objectives and activities of the group moving forward, and agreed to the creation of this new mechanism as a platform for leaders and countries highly vulnerable to climate change around the globe to highlight shared interests and contribute substantively to discussions on finance and other means of implementation, particularly to foster a significant increase in investment in climate resiliency and low emissions development.

3. On this day, we established the V20 to serve as a new high-level mechanism for dialogue and action to concentrate attention on economic and financial responses to climate change through the dedicated cooperative efforts of economies systemically vulnerable to this global phenomenon.

4. We believe urgent and ambitious global climate action is now a fundamental human right. Everyone, especially those living in the most vulnerable areas of the planet, has a right to breathe clean air, to drink clean water, and to live in prosperity on a secure and sustainable planet. Ineffective action on climate change deprives us of such rights.