Slavery in South Africa shows that slavery was widespread in South Africa until the late nineteenth century and that thousands of slaves were taken from African communities, profoundly affecting Boer-African relations. 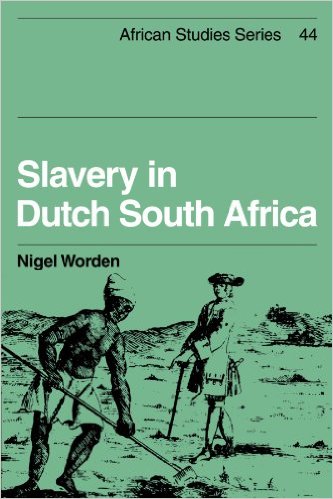 This was the first comprehensive analysis of slavery in early colonial South Africa under the Dutch East India Company (1652-1795) when it was published in 1985. Based on archival research in Britain, the Netherlands and South Africa, it examines the nature of Cape slavery with reference to the literature on other slave societies.

Dr Worden shows how the slave economy developed in town and countryside, and discusses the dynamics of the slave market, the growth of land concentration, the harsh life on the farm, and the developing polarisation of rural race relations. He analyses the relation of fear and brutality in small farming communities and demonstrates that, contrary to previous assumptions, small-scale slavery produced conditions as severe as those experienced in the large-scale slave-holding systems of the Deep South. This important study contributes to an understanding of the development of South African colonial society and to comparative slave studies.

Dr. Michael Mann – Are We In Runaway Climate Change?

Dr. Michael Mann, Earth System Science Center-Penn State University/Dire Predictions: Understanding Climate Change (2nd edition) joins Thom. We had all better hope these scientists are wrong about the planet’s future. Scientists now say that ice melt in Greenland and Antarctica could speed up faster than we previously thought. But that’s not just going to raise sea levels – it could drive storms stronger than anything humans have ever seen. 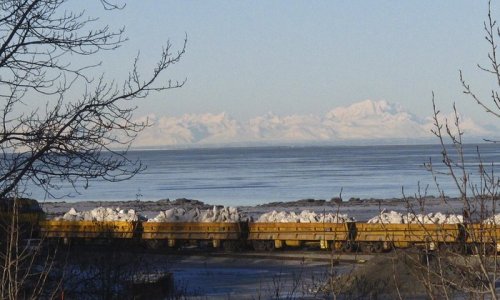 Tons of snow are brought into Anchorage by train earlier this month to provide a backdrop for the start of the Iditarod dog sled race. The city has experienced record high winter temperatures. Photograph: Rachel D’Oro/AP

As Alaskans go to the polls in the Democratic caucuses on Saturday, one of the most pressing issues should be what is staring them in the face – or, rather, what isn’t: snow and ice.

‘There was just no snow’: climate change puts Iditarod future in doubt

“I’m looking out of the window here in Anchorage and I can just see grass instead of snow,” said Andy Moderow, state director of not-for-profit group Alaska Wilderness Action.

Moderow grew up dog-sledding but said record temperatures have effectively wiped out Alaska’s winter, meaning a miserable time for those who enjoy snow sports.

“There has basically been no snow on the ground all winter in Anchorage. When I was younger, the Iditarod sled race went from Anchorage to Wasilla but there’s no snow there now.

“The changes are all around us. It’s very rare to have multiple winters like this in a row. When you see ski races not take place, grass instead of snow, villages falling into the oceans, you realise the impacts are real.”

But while Alaska is clearly on the melting edge of climate change, this fundamental shift barely registered in the Republican caucus held earlier in March and won by Ted Cruz. Even though Democratic candidates have been more willing to discuss climate change, the topic hasn’t been front and centre ahead of Saturday’s caucus.

It is an absence that has been felt in presidential primaries and caucuses across the US, including states that have been ravaged by drought or sea level rise. In a desperate attempt to reverse the lack of environmental focus, a group of Florida mayors begged CNN to quiz Republicans about sea level rise at a debate held in Miami.

It has been more than ninety years since Rudolf Steiner offered his Agriculture Course, seventy-five since Sir Albert Howard published An Agricultural Testament, and almost forty since Wendell Berry published The Unsettling of America.

Concepts such as agroecology, biodynamics, permaculture, food miles, food deserts, food justice, and local food have all proliferated in both popular and scholarly venues over the past ten to fifteen years. Such a sustainable agriculture gestalt is vibrant and worthy of more sustained discussion and critical attention. In this spirit, “The Spirit of Sustainable Agriculture” aims to bring together farmers, religious and spiritual leaders, and academics, respectively, to join in a robust and stimulating discussion about the spirit of sustainable agriculture, delineating its past, celebrating and investigating its present, and theorizing its future.

Nigel Savage of Hazon will offer the keynote address.

The future of nuclear power is not with huge plants like Hinkley Point in Somerset, but with mini nuclear reactors, the UK’s top energy experts say.

The small reactors can be built in a factory and delivered to site on the back of a lorry.

It is argued that the so-called “plug and play” modular reactors will provide value for money.

But environmentalists are warning that small reactors are not yet built – and won’t help in the short term to hit carbon emissions targets.