World’s Lakes Are Warming Up

The Biochar Debate is the first book to introduce both the promise and concerns surrounding biochar (fine-grained charcoal used as a soil supplement) to nonspecialists. Charcoal making is an ancient technology. Recent discoveries suggest it may have a surprising role to play in combating global warming. This is because creating and burying biochar removes carbon dioxide from the atmosphere. Furthermore, adding biochar to soil can increase the yield of food crops and the ability of soil to retain moisture, reducing need for synthetic fertilizers and demands on scarce fresh-water supplies.

While explaining the excitement of biochar proponents, Bruges also gives voice to critics who argue that opening biochar production and use to global carbon-credit trading schemes could have disastrous outcomes, especially for the world’s poorest people. The solution, Bruges explains, is to promote biochar through an alternative approach called the Carbon Maintenance Fee that avoids the dangers. This would establish positive incentives for businesses, farmers, and individuals to responsibly adopt biochar without threatening poor communities with displacement by foreign investors seeking to profit through seizure of cheap land.

The Biochar Debate covers the essential issues from experimental and scientific aspects of biochar in the context of global warming to fairness and efficiency in the global economy to negotiations for the future of the Kyoto Protocol. 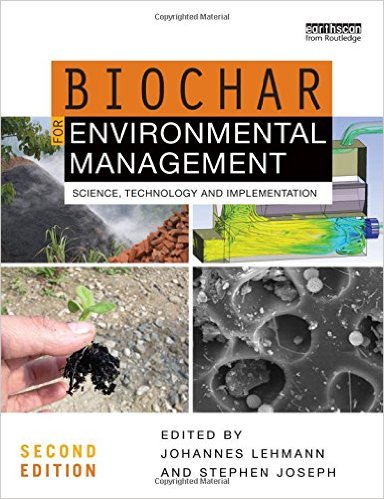 Biochar is the carbon-rich product which occurs when biomass (such as wood, manure or crop residues) is heated in a closed container with little or no available air. It can be used to improve agriculture and the environment in several ways, and its persistence in soil and nutrient-retention properties make it an ideal soil amendment to increase crop yields. In addition to this, biochar sequestration, in combination with sustainable biomass production, can be carbon-negative and therefore used to actively remove carbon dioxide from the atmosphere, with potentially major implications for mitigation of climate change. Biochar production can also be combined with bioenergy production through the use of the gases that are given off in the pyrolysis process.

The first edition of this book, published in 2009, was the definitive work reviewing the expanding research literature on this topic. Since then, the rate of research activity has increased at least ten-fold, and biochar products are now commercially available as soil amendments. This second edition includes not only substantially updated chapters, but also additional chapters: on environmental risk assessment; on new uses of biochar in composting and potting mixes; a new and controversial field of studying the effects of biochar on soil carbon cycles; on traditional use with very recent discoveries that biochar was used not only in the Amazon but also in Africa and Asia; on changes in water availability and soil water dynamics; and on sustainability and certification. The book therefore continues to represent the most comprehensive compilation of current knowledge on all aspects of biochar. 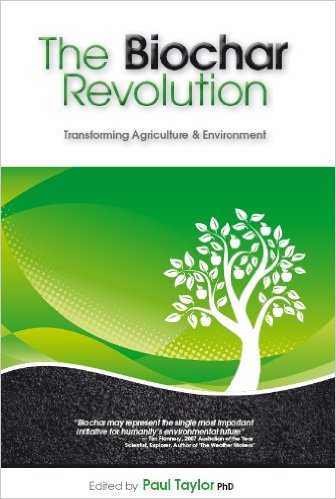 A friendly, informative, inspiring and break-through reference guide for anyone interested in biochar or concerned about environmental issues.

This book has contributions from 18 biochar experts and authors

The 2011 Garden Writers of America Gold Award for Best Writing/Book proves soil is anything but an inert substance. Healthy soil is teeming with life — not just earthworms and insects, but a staggering multitude of bacteria, fungi, and other microorganisms. When we use chemical fertilizers, we injure the microbial life that sustains healthy plants, and thus become increasingly dependent on an arsenal of artificial substances, many of them toxic to humans as well as other forms of life. But there is an alternative to this vicious circle: to garden in a way that strengthens, rather than destroys, the soil food web — the complex world of soil-dwelling organisms whose interactions create a nurturing environment for plants. By eschewing jargon and overly technical language, the authors make the benefits of cultivating the soil food web available to a wide audience, from devotees of organic gardening techniques to weekend gardeners who simply want to grow healthy, vigorous plants without resorting to chemicals.

Civilization as we know it is at a crossroads. For the past 10,000 years, we have turned a growing understanding of physics, chemistry and biology to our advantage in producing more energy and more food and as a consequence have produced exponential population surges, resource depletion, ocean acidification, desertification and climate change.

The path we are following began with long-ago discoveries in agriculture, but it divided into two branches, about 8,000 years ago. The branch we have been following for the most part is conventional farming — irrigation, tilling the soil, and removing weeds and pests. That branch has degraded soil carbon levels by as much as 80 percent in most of the world’s breadbaskets, sending all that carbon skyward with each pass of the plow.

The other branch disappeared from our view some 500 years ago, although archaeologists are starting to pick up its trail now. At one time it achieved success as great as the agriculture that we know, producing exponential population surges and great cities, but all that was lost in a fluke historical event borne of a single genetic quirk.

It vanished when European and Asian diseases arrived in the Americas.

From excavations on the banks of the Amazon river, clearings of the savanna/gallery forests in the Upper Xingu, and ethnographic studies of Mesoamerican milpas, science has now re-traced the path of the second great agriculture, and, to its astonishment, found it more sustainable and productive that what we are currently pursuing.

While conventional agriculture leads to deserts, blowing parched dirt across the globe and melting ice caps, this other, older style, brings fertile soils, plant and animal diversity and birdsong. While the agriculture we use has been shifting Earth’s carbon balance from soil and living vegetation to atmosphere and ocean, the agriculture that was nearly lost moves carbon from sky to soil and crops. The needed shift, once embarked upon, can be profound and immediate. We could once more become a garden planet, with deep black earths and forests of fruit and nuts where deserts now stand. We can heal our atmosphere and oceans.

Come along on this journey of rediscovery with The Biochar Solution: Carbon Farming and Climate Change.

This book tackles an increasingly crucial question: What can we do about the seemingly intractable challenges confronting all of humanity today, including climate change, global hunger, water scarcity, environmental stress, and economic instability?

Scientists maintain that a mere 2 percent increase in the carbon content of the planet’s soils could offset 100 percent of all greenhouse gas emissions going into the atmosphere. But how could this be accomplished? What would it cost? Is it even possible?

Yes, says author Courtney White, it is not only possible, but essential for the long-term health and sustainability of our environment and our economy.

In Grass, Soil, Hope, the author shows how all these practical strategies can be bundled together into an economic and ecological whole, with the aim of reducing atmospheric CO2 while producing substantial co-benefits for all living things. Soil is a huge natural sink for carbon dioxide. If we can draw increasing amounts carbon out of the atmosphere and store it safely in the soil then we can significantly address all the multiple challenges that now appear so intractable.