Lookout For the Fake Populist

The Senate Committee on Agriculture approved a bill, dubbed the ‘Dark Act,’ seeking to prohibit states from issuing their own mandatory labeling laws for food containing genetically modified ingredients. Alexis Baden-Mayer, Political Director of the Organic Consumer Association, joins RT America’s Manila Chan to break down the flow of money from industry to politicians, gutting states rights to label food as they see fit.

Billionaires David and Charles Koch have been handed the ability to buy our democracy in the form of giant checks to the House, Senate, and soon, possibly even the Presidency.

The MOVE Bombing – When Police Plotted to Exterminate a Family // Empire_File021

On May 13, 1985, one of the most shameful, horrific attacks by U.S. police ever took place in West Philadelphia. 11 people—including five children—were killed in a deliberate massacre. A racist and political attack on a radical community group known as the MOVE Organization, city and police officials were revealed to have intentionally set their home ablaze, let the fire rage, and violently kept escaping men, women and children trapped inside.

Featuring a harrowing first-hand account with the only adult survivor of the atrocity, Ramona Africa, Abby Martin documents an indispensable—but largely unheard of—moment in American history. From MOVE’s formation, to the arrest of the MOVE 9 political prisoners, to the build-up to the infamous bombing, The Empire Files chronicles an act that cannot be forgotten.

New Confessions of an Economic Hitman

Thom Hartmann talks with John Perkins, Former Chief Economist at a major international consulting firm where he advised the World Bank, United Nations, the IMF, U.S. Treasury Department, Fortune 500 corporations, and governments in Africa, Asia, Latin America, and the Middle East / Now Activist & Author…latest, New Confessions of an Economic Hitman (John is also the author of the 2005 bestseller, Confessions of an Economic Hit Man) about a system rigged in part by “Economic Hit Men” – who make sure that everyone is in debt so that the rich get richer – while the poor and middle class get poorer.

What You Don’t Know About the Koch Brothers

May 22 (Bloomberg) –- “Sons of Wichita” Author Daniel Schulman discusses the Koch brothers and their influence in the Republican party. He speaks on Bloomberg Television’s “Market Makers.” (Source: Bloomberg)

Comedian George Carlin pulls no punches as usual in this great video where he talks about the illusion of choice for president, who really controls the media, the world and much more.

Beyond Koch: Meet the Other Right-Wing Oligarchs Featured in Jane Mayer’s “Dark Money”

The shenanigans of the “Kochtopus” have garnered most of the headlines — including here — pertaining to reviews of New Yorker staff writer Jane Mayer’s new book, Dark Money.

But the Koch Brothers and Koch Industries’ right-wing family foundation network are far from the only big money influencers featured in the must-read book which has jumped to #4 on the Best Sellers list at Amazon.com.

Enter the Scaife, Olin and Bradley family fortunes, all three of which have served as key nodes through which the right-wing have tried to reshape the public policy landscape within (and beyond) the U.S. in the years following the Cold War until present day. If those family names sound familiar to DeSmog readers, they should: we have a profile in our database for Scaife and have written fairly extensively about Olin and Bradley.

Mayer devoted some 60 pages of the 380-page tome to the three families.

More than just a profile of those families and their influence in shaping policy, the pages also serve as a primer on the historical roots of the 501(c)(3) non-profit system itself and how and why plutocratic interests pushed the U.S. Congress to create it to begin with.

Self-interest, Mayer meticulously documents, played a central role. But that’s a long and vital history lesson for another day.

For now, here are some of the most compelling details about a few of the families not named Koch probed by Mayer in “Dark Money”.

Scaife, “League to Save Carthage” and ALEC

At the center of the Scaife story is Carthage. Yes, Carthage of the north African variety, sort of.

In 1964, Richard Scaife — namesake of the Scaife Family Foundations, whose money came largely from the Gulf Oil fortune — helped create a group called the League to Save Carthage, harkening back to the city conquered and colonized by the Roman Empire now situated as a suburb of Tunis, Tunisia.

“This little-heralded group was just the first small step in what would become an improbably successful effort by one of the richest men in the country, along with a few other extraordinarily wealthy conservative benefactors, to cast themselves as field generals…in a strategic war of ideas aimed at sacking American politics,” Mayer wrote.

Eventually, the Scaifes would call one tentacle of their Scaife Family Foundations the Carthage Foundation. But its origins in the League to Save Carthage are crucial if, for no other reason, than how one of its members, Lewis Powell, became a future U.S. Supreme Court Justice.

Before joining the Supreme Court bench, Powell penned the so-called Powell Memo which, at the time, was marked confidential. Written on behalf of the U.S. Chamber of Commerce and officially titled, “Attack on American Free Enterprise System,” Powell’s treatise called for Big Business to pour money into universities, the media, think-tanks, the conventional political apparatus and other key institutions as a means to fend off what Powell described as the ongoing onslaught against the free enterprise system.

In other words, before the Powell Memo, there was the League to Save Carthage. DeSmog is in the process of acquiring historical documents listing the names of those who attended a League to Save Carthage meeting that unfolded on June 5-7, 1970, about a year before Powell published his memo. Stay tuned for that.

Among other key pieces of political infrastructure funded by Scaife, he was one of the first major foundation funders of the American Legislative Exchange Council (ALEC).

Mayer cites a historical letter by ALEC founder Paul Weyrich’s aide in her book, in which the aide thanks Scaife for his support of the corporate bill mill for the statehouses.

“ALEC is well on its way to fulfilling the dream of those who started the organization thanks wholly to your confidence and the tremendous generosity of the Scaife Family Charitable Trusts,” wrote the aide in 1976, a few years after ALEC got off the ground in 1973, according to the letter cited by Mayer.

According to research conducted and published by Drexel University sociologist Robert Brulle, Scaife’s family fortune funded climate change denial efforts to the tune of $39.6 milliob between 2003-2010, about seven per cent of all the cash spent on the climate change counter movement.

Another influential family fortune featured in “Dark Money” is that of the Olins and in particular John M. Olin.

Jaded by his experience as a student at Cornell University, Olin believed universities served as brainwashing centers for liberals and the Left. So, Olin made it his life mission to spread conservative ideology onto U.S. college campuses.

Like Scaife and Gulf Oil, Olin made his bucks in part from the fossil fuel industry via the Olin Corporation, which manufactured blasting powder for coal mining companies. Olin Corporation found itself embroiled in a DDT production pollution scandal in the 1970’s, culminating in the federal government forcing the company to shut down its DDT unit.

How the Koch Brothers Fleeced America

Thom Hartmann asks if the Koch Brothers are the New “Copper Kings?” 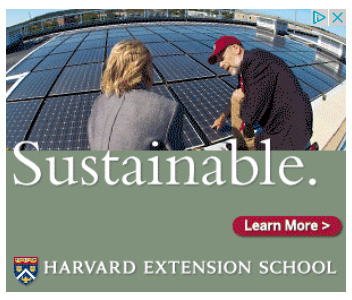