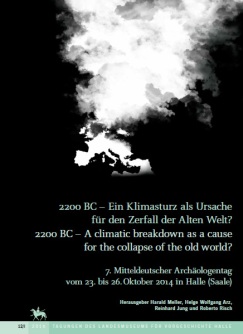 Introduction
In West Asia and adjacent dry farming and irrigation-agri-culture realms, adaptive social responses to altered dry farm-ing cereal production developed within decades of the onset and terminus of the abrupt megadrought of 4.2–3.9 ka BP (42oo – –39oo years ago, or c. 22oo –19oo BC). Relatively high-resolution and independent archaeological and palaeocli-mate records document that this period of abrupt climate change began with: 1. political collapse and regional aban-donments in rain-fed regions; 2. habitat-tracking to ripar-ian, paludal, and karst spring-fed refugia where agriculture remained productive; and 3. nomadisation (subsistence-transfer from agriculture to pastoral  nomadism). 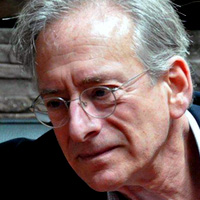 An Answer to #OscarsSoWhite

Lloyd Kaufman and The Troma Team have AT LAST found a solution to the diversity problem found in the Academy Awards… watch this video to discover the answer to #OSCARSSOWHITE and remember to check out TROMA NOW at http://watch.troma.com 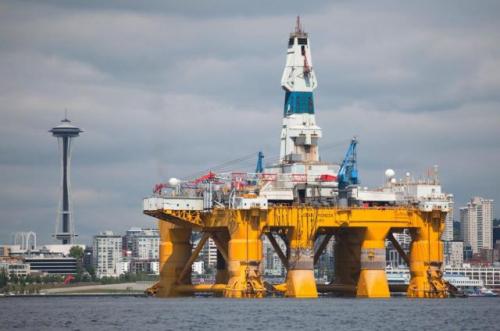 LONDON (Reuters) – Royal Dutch Shell has abandoned its Arctic search for oil after failing to find enough crude, a move that will appease environmental campaigners and shareholders who said its project was too expensive and risky.

The withdrawal came six weeks after the final U.S. clearance and three months after Shell was still defending the project, a rapid change of heart for such a large company that showed it is preparing for a prolonged period of low oil prices while trying to close its $70 billion takeover of rival BG.

Shell has spent about $7 billion on exploration in the waters off Alaska so far and said it could take a hit of up to $4.1 billion for pulling out of the treacherous Chukchi Sea, where icebergs can be as large as New York’s Manhattan island.

“The entire episode has been a very costly error for the company both financially and reputationally,” said analysts at Deutsche Bank, who estimate the Shell’s Arctic exploration project could cost the company about $9 billion.

The unsuccessful campaign is Shell’s second major setback in the Arctic after it interrupted exploration for three years in 2012 when an enormous drilling rig broke free and ran aground.

Environmental campaigners and shareholders have also pressured Shell to drop Arctic drilling. Some are worried an oil spill would harm protected species while others are concerned about the cost after oil prices more than halved in a year.

Shell said the decision to withdraw from the area reflected poor results from its Burger J exploratory well, the project’s high costs and the unpredictable federal regulatory environment in the area off the U.S. state of Alaska. 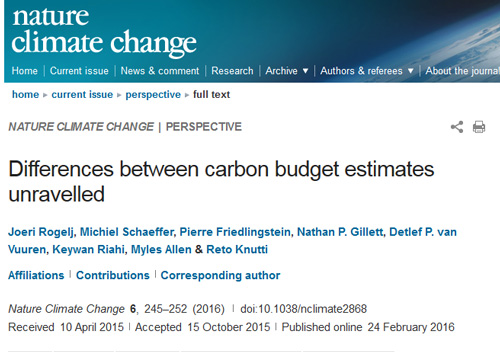 Several methods exist to estimate the cumulative carbon emissions that would keep global warming to below a given temperature limit. Here we review estimates reported by the IPCC and the recent literature, and discuss the reasons underlying their differences. The most scientifically robust number — the carbon budget for CO2-induced

warming only — is also the least relevant for real-world policy. Including all greenhouse gases and using methods based on scenarios that avoid instead of exceed a given temperature limit results in lower carbon budgets. For a >66% chance of limiting warming below the internationally agreed temperature limit of 2 °C relative to pre-industrial levels, the most appropriate carbon budget estimate is 590–1,240 GtCO2 from 2015 onwards. Variations within this range depend on the probability of staying below 2 °C and on end-of-century non-CO2 warming. Current CO2 emissions are about 40 GtCO2 yr−1, and global CO2 emissions thus have to be reduced urgently to keep within a 2 °C-compatible budget.

Leonardo DiCaprio’s Oscars speech was about climate change, which could be wors e than we thought 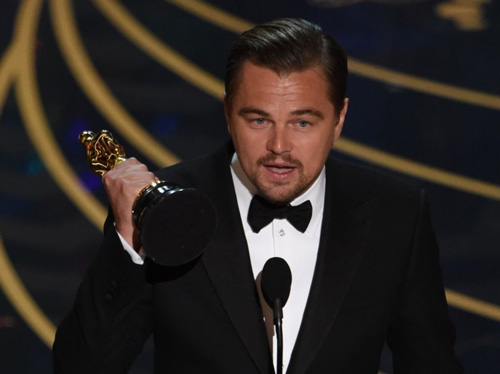 On Sunday night while accepting a long-anticipated Oscar for best actor, for his role in “The Revenant,” Leonardo DiCaprio seized the moment to highlight the plight of the planet.

“Making “The Revenant” was about man’s relationship to the natural world,” DiCaprio said. “A world that we collectively felt in 2015 as the hottest year in recorded history. Our production needed to move to the southern tip of this planet just to be able to find snow.”

“Climate change is real. It is happening right now,” DiCaprio continued. “It is the most urgent threat facing our entire species, and we need to work collectively together and stop procrastinating.” (You can watch the full speech here.)

A little-noticed scientific study that emerged last week not only bears this out — but it also suggests that climate change could be a more urgent problem than we all assumed.

At least since 2013, it has been common to claim that the world has a limited carbon “budget” to emit if we still want good odds of keeping global warming below 2 degrees Celsius above pre-industrial levels, a widely accepted international target.

Because scientists can calculate the relationship between how much carbon there is in the atmosphere and how much temperatures are expected to rise, this concept of a “budget” implies a number beyond which emissions must cease entirely (or beyond which we must find some way of pulling carbon dioxide out of the atmosphere).

[The magic number: Holding warming under 2 degrees Celsius is the
goal. But is it still attainable?]

In 2013, the United Nation’s Intergovernmental Panel on Climate Change outlined such a budget in its highly influential “Summary for Policymakers for Working Group I” (as this particular, widely read document is called). The panel laid out the math to let readers reach their own conclusions. But the gist was that, taking into account how much we’ve already emitted and the role of gases other than carbon dioxide, humanity can’t emit more than about 1,000 billion tons, or gigatons, of carbon dioxide if we want a 66 percent chance or better of staying below 2 degrees.

Since then, the 1,000 gigaton figure has been quite influential. The U.N. Environment Program, for instance, puts it this way: “The IPCC in its fifth assessment report concluded that to limit global warming to below 2 degrees C, the remaining cumulative CO2 emissions — the so-called carbon budget — are in the order of 1,000 GtCO2.” The program is just one of many parties that have often cited the IPCC’s calculations.

But in a new study in Nature Climate Change last week, Joeri Rogelj of the International Institute for Applied Systems Analysis in Austria and an international team of colleagues interrogate this notion of a carbon “budget” and provide some reasons for thinking we could actually have even less wiggle room than that.

See excerpt of speech at: 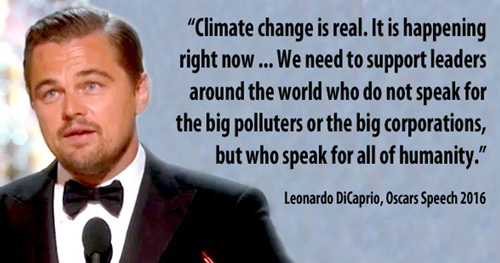 The 41-year-old actor, who was favored to win the Oscar and had swept the Best Actor category in every major award show leading up to the Academy Awards, first thanked the cast and crew in his speech and then shined a spotlight on a his passion project.

“Making The Revenant was about man’s relationship to the natural world. A world that we collectively felt in 2015 as the hottest year in recorded history,” he said, describing how the entire production needed to move to the southern tip of this planet in Argentina just to be able to find snow.

“Climate change is real, it is happening right now,” DiCaprio continued. “It is the most urgent threat facing our entire species, and we need to work collectively together and stop procrastinating.” 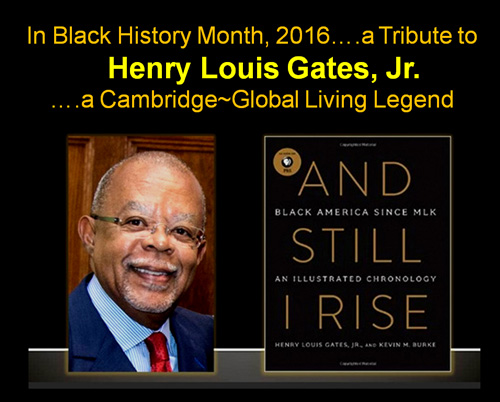 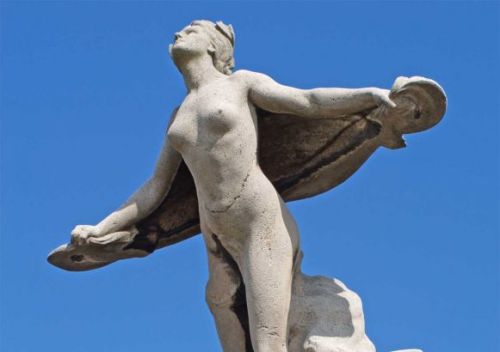 Statue at the entrance to Le Bourget Airport near Paris, honoring Charles Lindbergh, the first to solo the Atlantic, and Frenchmen Charles Nungesser and François Coli, who attempted the crossing two weeks earlier and disappeared without a trace. Each day during the Paris climate change conference, participants passed by the statue — a tribute to the Lindbergh Moment, which resonated with many COP21 attendees. Photo Courtesy of abac077 flickr. Add this image to a lesson

In May 1927, a fearless aviator named Charles Lindbergh circled his fragile single-engine monoplane, waiting for tens of thousands of expectant Parisians to clear the runway at Le Bourget Field. When he landed, completing his solo trans-Atlantic flight, the jubilant crowd erupted — it was a unifying moment of “can-do” optimism that electrified people around the globe.

Eighty-eight years later, on Dec. 12, 2015, history was made again at Le Bourget. Delegates from 196 nations, for the first time ever, agreed at the 21st United Nations Climate Summit to reduce their carbon emissions, wean the world economy off fossil fuels, and give the human race a shot at surviving the rapidly escalating dangers of global warming in the decades ahead.

Well over 10,000 people crowded the summit venue, and in a fashion similar to Lindbergh’s landing, they were stunned by the outcome, abuzz, euphoric. Despite gloomy predictions, history had been made. The Paris Agreement — though voluntary and still fuzzy on how goals will be reached and enforced — exceeded the expectations of many.

That bolt of optimism also passed through faith leaders onsite and around the world. They sensed their moment had arrived. As COP21 participants celebrated, I dashed into the media center and stopped the first person I recognized, Joe Ware, a spokesman for Christian Aid, a faith-based group in London dedicated to environmental protection. He was breathless.

“Creation care is what this [Paris] agreement is all about,” Ware exclaimed, having just read the 31-page document. “And creation care is at the heart of every world faith. For too long, the movement has been hijacked by environmentalists, the good guys, really. But they only scared people away. The church is now playing catch up, even the Catholic Church, which moves at glacial speed. But now it’s in the forefront,” thanks to Pope Francis’ climate change and environmental leadership.

The Zika virus is spreading fast around the world. And now, new evidence suggests it may be even more powerful than previously thought.

A meeting between Sen. Elizabeth Warren (D-Mass.) and Jamie Dimon deteriorated almost immediately after the JPMorgan Chase & Co. CEO visited the recently elected senator and consumer advocate at her Capitol Hill office in 2013…