Real News @ http://RevolutionNews.US — Chris Hedges speaks with former presidential candidate Ralph Nader. Together they analyze the historic role of third parties in the US, and trace how such political alternatives have been shut out by a corporatized, dictatorial two-party system. Nader and Hedges also discuss Bernie Sanders’ campaign, and his capitulation to the Democratic establishment.

Real News @ http://RevolutionNews.US — Chris Hedges speaks with former presidential candidate Ralph Nader. Together they analyze the historic role of third parties in the US, and trace how such political alternatives have been shut out by a corporatized, dictatorial two-party system. Nader and Hedges also discuss Bernie Sanders’ campaign, and his capitulation to the Democratic establishment.

Big Tobacco, Big Oil, and Greenpeace. All Merchants of Doubt That Harm People and the Planet

For years, the tobacco industry knew that their products were harmful to health. To protect their profits, they covered up what they knew, paid scientists to cast doubt on that evidence, and right through their CEOs’ public testimony in Congress, just plain lied. As a result of these deceits, tens of thousands of people died.

Ultimately this selfish dishonesty came to light, and the industry was held legally liable in a massive settlement with 46 states that cost them $206 billion, to pay for the harm they did. Now the New York attorney general is investigating Exxon Mobil along basically similar lines, as evidence makes clear that the company knew about the potential harm of climate change, and either hid that knowledge or tried to sow public doubt and forestall government action against fossil fuels, the company’s lifeblood.

Some, including some members of Congress, are also calling on the U.S. attorney general to investigate Exxon Mobil for possible criminal violations of the Racketeer Influenced and Corrupt Organizations Act (RICO) as well as consumer protection, truth in advertising, public health, shareholder protection, or other securities laws.

Such Merchants of Doubt behavior by corporations is unquestionably selfish, immoral, and infuriating. But as much as this despicable and harmful dishonesty cries out for punishment, just how should it be sanctioned? Do we really want it to be illegal? That’s not as simple as it seems.

Is Exxon Mobil’s behavior any different than that of the organics industry, which continues to fund research and advocacy to cast doubt on the overwhelming scientific consensus that genetic modification of food causes no harm to human health? Is that not Merchants of Doubt behavior by a business interest to protect its profits? I recently posed that question to Naomi Oreskes, co-author of the book Merchants of Doubt. She acknowledged, hesitantly, that it might be.

What about the researchers and academics who publish papers, invoking the credibility of their expertise and the “peer-reviewed academic literature,” that dishonestly cherry pick and twist the evidence, and flat out lie, specifically to cast doubt on the consensus about the human safety of GMOs. Isn’t that precisely what they rightly accuse the tobacco and fossil fuel and chemical companies of doing? They may not be acting for profit, but these academics and scientists are unquestionably contorting the evidence to spread doubt. Here’s one recent example, by the widely (and rightly) respected Dr. Sheldon Krimsky; 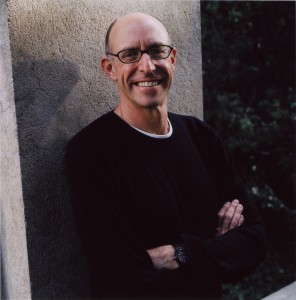 Michael Pollan is a journalist and advocate of organic and mostly vegetarian diets for health, environmental, and socio-economic reasons and is a sharp critic of what he calls “industrial agriculture,” including the use of genetically modified crops. He is seen as an important intellectual leader of the pro-organic food movement.

He was featured in a PBS special In Defense of Food that aired on December 29th 2015. In it, Pollan discussed the damages he believes are being done to American health by the industrial western diet. Pollan will also star in a four episode docu-series on Netflix, titled Cooked, which will focus on many of Pollan’s long held anti-modernization ideals. The series is set to debut February 19th, 2016.

He is the author of several best sellers, most notably the 2006’s The Omnivore’s Dilemma, which the New York Times named on of the best 5 books of the year, and 2008’sIn Defense of Food: An Eater’s Manifesto.Pollan has also appeared on screen in a co-starring role in the 2008 Academy Award nominee documentary Food, Inc. The film and his books explore the industrialization and corporatizing of agriculture and food production through examining practices related to both livestock and crops.

Pollan is often asked to act as an analyst on food issues, including crop biotechnology but he says different things to different audiences, appearing to cautiously endorse the safety of GMOs to one, but when talking to journalists or public audiences that are openly hostile to GMOs, he is far more critical of biotechnology.

In a 2013 interview with Grist’s food editor, Nathanael

Johnson, Pollan projected a moderate tone on GMOs, “I’m a skeptic, and I’m critical of the way the technology [GMOs] has been developed and deployed and what it’s done to American agriculture, but I don’t think the technology itself is intrinsically evil.” Later that year he reiterated this belief to NPR, stating, “I haven’t seen any evidence that’s persuaded me that there’s any danger to health.

Multimillion-dollar regional climate change initiative to be launched in Barbados

This image made available by the National Oceanic and Atmospheric Administration on December 17, 2015 shows warmer- or cooler-than-normal temperatures around the world for January through November 2015. If governments are serious about the global warming targets they adopted in Paris, scientists say they have two options: eliminating fossil fuels immediately or finding ways to undo their damage to the climate system in the future. The first is politically impossible — the world is still hooked on using oil, coal and natural gas — which leaves the option of a major clean-up of the atmosphere later this century.

BRIDGETOWN, Barbados (CMC) — A new partnership to help disaster-prone Caribbean countries mitigate the effects and adapt to climate change will be launched here on January 28.

The Caribbean Community (Caricom), Japan and the United Nations Development Programme (UNDP) will launch the US$15-million Japan-Caribbean Climate Change Partnership (J-CCCP) that will bring together policymakers, experts and representatives of affected communities to encourage policy innovation for climate technology incubation and diffusion.

A UNDP statement said that the launch is in “tandem with the recent agreement by world leaders at the Paris Climate Conference to keep global warming below 20 degrees celsius, and further to pursue below 1.5o degrees celsius in order to avoid negative impacts to the Caribbean”.

It said that the new initiative aims to ensure that barriers to the implementation of climate-resilient technologies are addressed and overcome in a participatory and efficient manner.

Davos 2016 – Around the World without Fuel or Fear

Learn how breakthroughs in clean technology can take us to new heights with the explorers who broke the record for the world’s longest solo flight using only solar energy.

In this Climate Matters Show, Dr. James Hansen, the ‘Paul Revere of climate change’, speaks truth to power. This is a must see for those who really follow this urgent matter.

Iconic Climatologist James Hansen appeared at a COP21 press conference, where he strongly critiqued the anticipated Paris agreement as ‘half-assed’ and ‘half baked’ for once again relying upon voluntary emission reductions. Hansen argued instead for a cap and dividend approach to controlling carbon emissions.

The event featured a discussion of Carbon Tracker’s report “The $2 trillion stranded assets danger zone: How fossil fuel firms
risk destroying investor returns” which warns that fossil fuel firms risk wasting $2 trillion on uneconomic projects in the next decade if they pursue business as usual strategies.

The event was organised in partnership with UNFCCC, IIGCC, Ceres and CMIA.

Former Vice President Al Gore brought the COP21 delegates to their feet in standing ovation with an impassioned close to his climate change presentation – “I want them [future
generations] to look back at us here in this place, in this hour, on this day, and ask, how did you find the moral courage to break through the impasses, to rise above the differences, to see beyond the difficulties, across them to the bright future that was possible, and see the larger moral question that was at stake.”