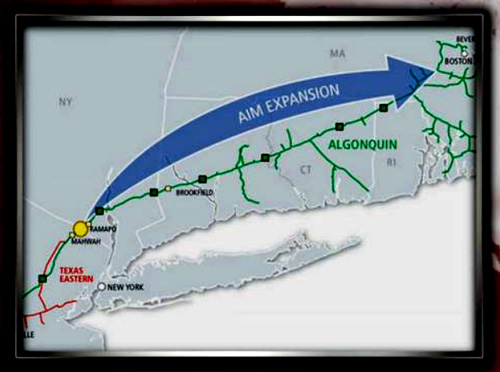 In New York state, nine activists arrested for blocking construction of a gas pipeline expansion are slated to begin trial, where they will use the necessity defense—arguing their actions were necessary because of the threat of climate change. On November 9, members of the group Resist AIM blocked the entrance to the construction area for the proposed expansion of the Spectra Energy Algonquin pipeline, which carries fracked methane gas across the East Coast. The use of the necessity defense in this case comes as five climate justice activists on trial in Washington state for blocking a mile-long oil train are also arguing their protest was necessary because of the climate change threat.