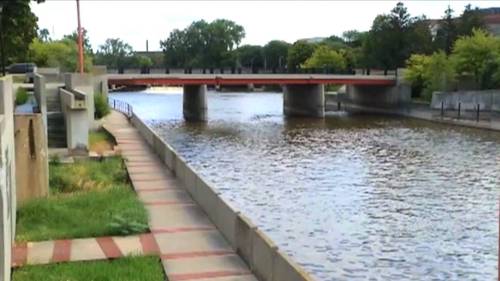 In Michigan, the head of the Department of Environmental Quality has resigned amid continued fallout over the dangerously high levels of lead in Flint’s drinking water. Last year, the city’s unelected emergency manager, who was appointed by Governor Rick Snyder, switched the city’s water source from the Detroit system to the long-polluted Flint River in an attempt to save money. Two weeks ago, Flint’s mayor declared a state of emergency after a study found the proportion of children under five in Flint with elevated lead levels in their blood nearly doubled following the switch. On Tuesday, Environmental Quality Department head Dan Wyant resigned amid the revelations that Michigan state officials were aware the water had dangerously high levels of lead, but continued to tell residents the water was safe. Governor Snyder apologized to Flint residents. But many residents say the apology doesn’t go far enough. Thousands have taken to social media calling for Snyder’s arrest. Michigan activists are planning to hold a tribunal on Flint water poisoning and the continued shutoffs of drinking water in Detroit, in the coming weeks.