If we have a prolonged period of time at 2 degrees, we are probably going to lose Greenland, and that is 7 meters of sea level rise.’ 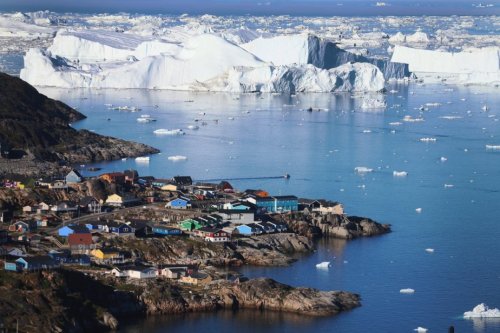 The village of Ilulissat is seen near the icebergs that broke off from the Jakobshavn Glacier on July 24, 2013 in Ilulissat, Greenland. Significantly greater sea level rise will occur with the melting of the West Antarctic and Greenland ice sheets, giant masses of ice that are vulnerable to even a slight increase in temperature, a new study finds. Credit: Joe Raedle/Getty Images

The melting of polar ice sheets and mountain glaciers will likely continue for thousands of years, causing irreversible sea level rise, even if global warming is limited to 2 degrees Celsius, according to a new report published last week during the climate negotiations in Paris.

Sea levels could rise 13 to 33 feet or more unless far more ambitious steps are quickly taken to reduce greenhouse gas emissions,according to the report issued by the International Cryosphere Climate Initiative, a nonprofit research and policy organization based in Burlington, Vermont.

“Even if we stopped all warming today and we stayed at this level, we are looking at about 1 meter [3.3 feet] of sea level rise by 2300,” said Pam Pearson, lead author of the report and director of the ICCI, who presented her findings on the sidelines of the Paris talks. “The temperatures that we are reaching even today, let alone in two or three or four decades, could lock in changes that aren’t going to be reversible on a human timescale.” 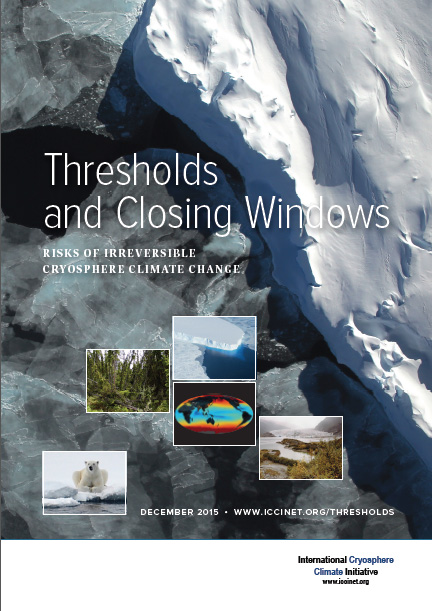 This entry was posted in Report, Uncategorized. Bookmark the permalink.