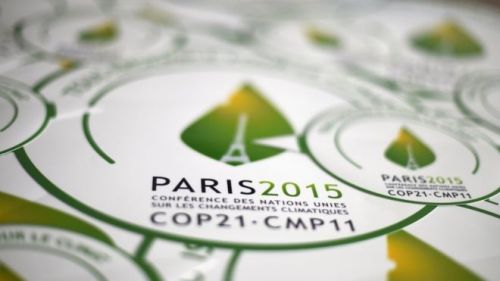 Public support for a strong global deal on climate change has declined, according to a poll carried out in 20 countries.

Only four now have majorities in favour of their governments setting ambitious targets at a global conference in Paris.

In a similar poll before the Copenhagen meeting in 2009, eight countries had majorities favouring tough action.

The poll has been provided to the BBC by research group GlobeScan.

Just under half of all those surveyed viewed climate change as a “very serious” problem this year, compared with 63% in 2009.

COP 21 – Schedule of Meetings in Paris

Emerging from the meeting with Obama, Hollande pledged to press ahead with United Nations climate talks opening Monday in Paris, saying they are a “beautiful symbol” after the Paris attacks.
bq. Francois Hollande: “No one has asked us to suspend, delay it (climate talks) because in fact it is the most beautiful symbol we can imagine after the tragedy in Paris and Saint-Denis. This meeting is where the world decides for itself in favor of life — always life — the lives of our children, the small children of the planet.”

In the wake of the Paris attacks, French authorities canceled a mass march against climate change scheduled for this Sunday; 200,000 people were expected to take to the streets to call for a global deal to avert climate catastrophe. On Tuesday night, in Paris, hundreds gathered at an emergency meeting to oppose France’s state of emergency, which prohibits demonstrations for three months. The attendees vowed to protest during the U.N. climate talks — known as the Conference of the Parties, or COP. One of the organizers, Christine Poupin, spoke to Democracy Now!.

Christine Poupin: “My name is Christine Poupin and I am spokesperson for the New Anticapitalist Party. The reason for this meeting tonight was to give a first response to the state of emergency, in particular to assert our capacity to resist and reflect, a response to the heavy weight imposed both by terrorism and the state of emergency. Talking about COP, this COP will have no positive outcome on the climate because it will make no positive decision to limit the use of fossil fuels, but worse, it will also promote false solutions that will heavily burden the people. So yes, there is nothing more urgent than to mobilize during COP, and even more to construct an international movement of climate justice.”

Tune in Monday as Democracy Now! begins our two weeks of live coverage from the Paris climate talks.

From Mizzou to Yale: The Demands 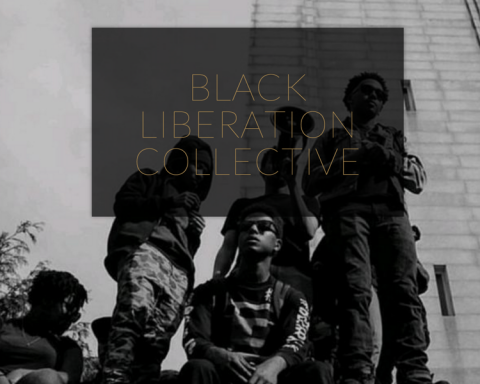 Across the nation, students have risen up to demand an end to systemic and structural racism on campus. Here are their demands. Note: These demands were compiled from protesters across the country. These are living demands and will grow and change as the work grows and changes. If you have demands that are not listed, please send them to sam or @samswey.

Elon Musk’s comment to Stephen Colbert was great for sensational headlines, but there is some science behind the idea of thermonuclear terraforming.

NASA predicts sea levels will rise by 3 feet this century, minimum. It’s the latest news that we may be too late to stop certain climate changes.

Lorenzo Fioramonti on the need for a horizontal economy in Africa

Presentation during the PECS 2015 science-policy-practice dialogue

United Nations delegates have been negotiating about climate change for more than 20 years, and this December, they’ll meet again in Paris for yet another round of talks. There’s reason to be hopeful, but we already know that even if the delegates finally reach an agreement, it won’t be strong enough to prevent the worst impacts of climate change. No matter what happens in Paris, we know what we need: real climate solutions that create secure union jobs and strengthen community power and resiliency. And to get there, we need to build an unstoppable grassroots movement that can unite organized labor, immigrant rights, racial justice and climate justice groups.

It’s up to us to lead the way — and we’re starting right here in New England with a massive rally on December 12, the day after the Paris talks end!

the blank slate (the mind has no innate traits)—empiricism
the noble savage (people are born good and corrupted by society)—romanticism
the ghost in the machine (each of us has a soul that makes choices free from biology)[1]
Much of the book is dedicated to examining fears of the social and political consequences of his view of human nature:

“the fear of inequality”
“the fear of imperfectibility”
“the fear of determinism”
“the fear of nihilism”
Pinker claims these fears are non sequiturs, and that the blank slate view of human nature would actually be a greater threat if it were true. For example, he argues that political equality does not require sameness, but policies that treat people as individuals with rights; that moral progress doesn’t require the human mind to be naturally free of selfish motives, only that it has other motives to counteract them; that responsibility doesn’t require behavior to be uncaused, only that it respond to praise and blame; and that meaning in life doesn’t require that the process that shaped the brain must have a purpose, only that the brain itself must have purposes. He also argues that grounding moral values in claims about a blank slate opens them to the possibility of being overturned by future empirical discoveries. He further argues that a blank slate is in fact inconsistent with opposition to many social evils since a blank slate could be conditioned to enjoy servitude and degradation.

Evolutionary and genetic inequality arguments do not necessarily support right-wing policies. Pinker writes that if everyone was equal regarding abilities it can be argued that it is only necessary to give everyone equal opportunity. On the other hand, if some people have less innate ability through no fault of their own, then this can be taken as support for redistribution policies to those with less innate ability. Further, laissez-faire economics is built upon an assumption of a rational actor, while evolutionary psychology suggests that people have many different goals and behaviors that do not fit the rational actor theory. Rising living standards, also for the poor, is often used as an argument that inequality need not be reduced, while evolutionary psychology may suggest that low status itself, apart from material considerations, is highly psychologically stressful and may cause dangerous and desperate behaviors, supporting a society reducing inequalities. Finally, evolutionary explanations may also help the left create policies with greater public support, suggesting that people’s sense of fairness (caused by mechanisms such as reciprocal altruism) rather than greed is a primary cause of opposition to welfare, if there is not a distinction in the proposals between what is perceived as the deserving and the undeserving poor.

Pinker also gives several examples of harm done by the belief in a blank slate of human nature:

Totalitarian social engineering. If the human mind is a blank slate completely formed by the environment, then ruthlessly and totally controlling every aspect of the environment will create perfect minds.
Inappropriate or excessive blame of parents since if their children do not turn out well this is assumed to be entirely environmentally caused and especially due to the behavior of the parents.
Release of dangerous psychopaths who quickly commit new crimes.
Construction of massive and dreary tenement complexes since housing and environmental preferences are assumed to be culturally caused and superficial.
Persecution and even mass murder of the successful who are assumed to have gained unfairly. This includes not only individuals but entire successful groups who are assumed to have become successful unfairly and by exploitation of other groups. Examples include Jews in Nazi Germany during the Holocaust; kulaks in the Soviet Union; teachers and “rich” peasants in the Cultural Revolution; city dwellers and intellectuals under the Khmer Rouge.

The Great Divide with Joseph Stiglitz and Robert Reich

(Visit: http://www.uctv.tv/) Economist Joseph Stiglitz and former Labor Secretary Robert Reich reminisce about opposing “corporate welfare” during their days in the Clinton Administration and talk here about problematic trade deals, income inequality and Stiglitz’s new book, “The Great Divide: Unequal Societies and What We Can Do About Them.” Reich and Stiglitz are presented by the Goldman School of Public Policy at UC Berkeley. Recorded on 04/29/2015. Series: “Writers” [5/2015] [Public Affairs] [Humanities] [Business] [Education] [Show ID: 29524]