Boston, We Have a Problem…..We Need a Plan – Sea Level 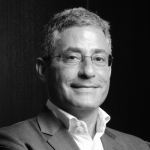 The Attorney General’s move follows an impressive eight months investigation by the Pulitzer Prize winning InsideClimate News. In it, the publication showed that as far as back as the 1970s, Exxon knew that most fossil fuels might have to be left in the ground. Exxon should have therefore disclosed the extent to which its revenues and profits were at risk. But Exxon didn’t – instead choosing to suppress this information and to engage in mis-information campaigns over several decades.

If the Attorney General can show that Exxon knowingly misled its investors by lying about potential risks it knew about, then serious financial consequences will follow. The evidence gathered by InsideClimate News should make his job relatively straightforward.

An earthquake starts with an initial rupture. That’s what the Attorney General just triggered. This nucleation will now propagate to the $150 trillion capital markets, the global financial system concerned with raising capital through shares, bonds, and other long-term investments.

In the capital markets, companies (such as Exxon) must ensure that material risks to their business are disclosed. Equally, investors (such as buyers of Exxon shares) have legal obligations to assess risks to ensure these are in line with their investment mandates.

For example, pension funds, which account for approximately twenty five per cent of the capital markets, are meant to invest with a long term horizon in order to provide retirement income to people some 40 years after they have started contributing money to them. A pension plan invested in Exxon (or BP, Shell and other fossil fuel companies) should therefore take into account the fact that climate change poses catastrophic risks to people and to assets, and price the material risks to its investments as the use of fossil fuels is inevitably limited.

But to this day, pension funds and the financial markets are for the most part sitting and waiting on the side lines, ignoring climate risks by hiding behind the flimsy excuse that they need governments to set a price on carbon first, before they are able to price climate risks into their investments.

Democracynow.org – Doctors Without Borders (MSF) continues to demand an independent war crimes probe of the U.S. bombing of its hospital in Kunduz, Afghanistan, after releasing its own preliminary investigation. The U.S. airstrike on October 3 killed at least 30 people, including 13 staff members, 10 patients and seven unrecognizable victims yet to be identified. In a new report based on interviews with dozens of witnesses, MSF describes patients burning in their beds, medical staff who were decapitated and lost limbs, and staff members shot from the air while they fled the burning building.

Doctors and other medical staff were shot while running to reach safety in a different part of the compound. MSF says it provided the GPS coordinates to U.S. and Afghan officials weeks before and that the strikes continued for half an hour after U.S. and Afghan authorities were told the hospital was being bombed. We are joined by Jason Cone, executive director of Doctors Without Borders USA.

Democracynow.org – The environmental movement is celebrating one of its biggest victories to date: President Obama’s rejection of the Keystone XL oil pipeline. After years of review and one of the most vocal grassroots campaigns this country has seen in decades, Obama announced Friday he will not allow Keystone on his watch. The pipeline would have sent 830,000 barrels of crude every day from Alberta’s oil sands to refineries on the U.S. Gulf Coast.

The fight to block the pipeline saw activists chaining themselves to construction machinery along the pipeline’s route, hundreds getting arrested in acts of civil disobedience outside the White House, and hundreds of thousands taking part in the largest climate change march in history, the People’s Climate March, just over a year ago. We are joined by two guests deeply involved in the victorious fight to stop the Keystone XL: Clayton Thomas-Muller, a leading organizer and writer on environmental justice and indigenous rights in Canada, and Jane Kleeb, executive director of Bold Nebraska, a political advocacy group that emerged as one of Keystone XL’s chief opponents.

The World Bank is warning climate change could force more than 100 million people into extreme poverty by 2030. The new report predicts upheaval from drought, extreme weather and the spread of diseases like malaria.

The warnings about climate change and extreme weather come as Yemen has been battered by a second, extremely rare cyclone. At least one person was killed, and thousands fled. The storm came less than a week after an earlier cyclone killed 11 people and dumped almost a decade’s worth of rain in two days.

President Obama has rejected the Keystone XL oil pipeline in one of the environmental movement’s biggest victories to date. After years of review and one of the largest grassroots campaigns in decades, Obama announced Friday he will not allow Keystone on his watch.

President Obama: “America is now a global leader when it comes to taking serious action to fight climate change. And frankly, approving this project would have undercut that global leadership. And that’s the biggest risk we face: not acting.”

The Keystone pipeline would have sent 830,000 barrels of crude oil every day from Alberta’s oil sands to refineries on the U.S. Gulf Coast. We’ll have more on the pipeline’s defeat later in the broadcast.

Will Rupert Murdoch ‘Dumb Down the Science’ at National Geographic?

In 2007, Rupert Murdoch embraced the fight to stop climate change, unveiling plans to be the “first global media company to achieve carbon neutral[ity],” according to International Business Times. “Climate change poses clear, catastrophic threats. We may not agree on the extent, but we certainly can’t afford the risk of inaction,” he said. “The climate will not wait for us.” But in the decade or so since then, he’s repeatedly made statements denying the consensus on man-made global warming.

“We should approach climate change with great skepticism. Climate change has been going on as long as the planet is here,” said Murdoch in an interview last year with Sky News of Australia. “There will always be a little bit of it. We can’t stop it, we’ve just got to stop building vast houses on seashores. The world has been changing for thousands and thousands of years, it’s just a lot more complicated today because we are more advanced.”

Rupert Murdoch: How to react to climate change? (2014)

According to Murdoch we just have to move a bit inland and the worst is a temperature rise of 3 degree and a modest sea level rise of six inches. However, according to the IPCC (representing the best science the world has to offer) we are on track to a 4 degree temperature rise with broad disastrous consequences, disrupting everyday life for many, outlined for instance here: