‘The Day After Tomorrow’ Ice Age Scenario Could Be Possible, Researchers Say 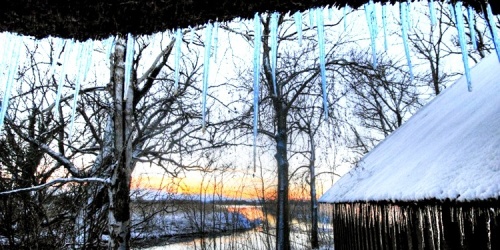 One researcher argues that not only could it happen, it must have happened every 1,500 years or so during the last Ice Age and that the transitions were complete within one to two centuries.

Another scientist has used the latest climate model to test what would happen if the Atlantic current slowed or collapsed during a period of global warming. He found that for 20 years the planet would cool, rather than continue to warm. And then global warming would resume.

Julia Gottschalk, an Earth scientist at Cambridge University and her colleagues report in Nature Geoscience that they examined links between ocean circulation and alternating cold and warm periods that ended 12,000 years ago—long before human civilization began to increase the carbon dioxide content in the atmosphere and trigger global warming.

The ocean phenomenon in question is known to climate scientists as the Atlantic Meridional Overturning Circulation (AMOC). The Gulf Stream that delivers surface tropic warmth to the North Sea and Scandinavia is part of this global climate machine, also sometimes referred to as the Atlantic Conveyor because it returns cold dense water along the ocean bottom towards the Equator and the Southern Ocean.

By looking at evidence from fossilized plankton and from ice cores, the Cambridge team pieced together a story of alternating Ice Age climate change independent of humans. As sea surfaces got warmer, icebergs broke off the Northern hemisphere ice sheets and large amounts of fresh water entered the oceans.