President Obama is telling us that tackling income inequality is one of his top priorities – so why isn’t he actually doing anything about the problem?…

And white collar criminal prosecutions have reached a ten year low, but corporate crime is at an all time high. And the usual suspects are to blame for this imbalance…

Dispatches From the Front Lines of Climate Justice

Journalist and author Wen Stephenson discusses his new book What We’re Fighting For Now Is Each Other.

Stephenson provides a candid look at some of the “new American radicals” who are risking everything to build a stronger climate justice movement. What motivates them? How can individual, local actions really affect a larger global movement?

Wen Stephenson, an independent journalist and climate activist, is a contributing writer for the Nation. Formerly an editor at the Atlantic and the Boston Globe, he’s also written about climate, culture, and politics for Slate, the New York Times, and Grist.

October 15, 2015 at 11:00 AM
The relentless gentrification of America’s cities, and a white hot debate about it.

People sit at tables in a parklet outside a Mission District cafe Tuesday, June 2, 2015, in San Francisco. Finding a place to live has become so expensive and emotional that city supervisors are considering a 45-day moratorium on luxury housing in the Mission District, which has long been one of the most diverse neighborhoods in the city. (AP)

For decades, money and affluence left America’s cities and moved to the suburbs. Now, that’s turned around. Money and young college grads are flooding the cities. Driving up prices. Flooding neighborhoods that were middle class and poor. We call it gentrification. It can be exciting when the new coffee shops move in. The nice sidewalks. The cash. And painful when old residents, and their culture, get shoved out. From New York to San Francisco to Portland and DC and Austin and Boston and beyond, it’s a big deal. This hour On Point, American urban gentrification, and what we want our cities to be.

D.W. Gibson, author and filmmaker. Author of the new book, “The Edge Becomes the Center: An Oral History of Gentrification in the Twenty-First Century.” (@dw_gibson)

Roberto Hernanndez, community organizer with the group, Our Mission No Eviction in San Francisco, CA. 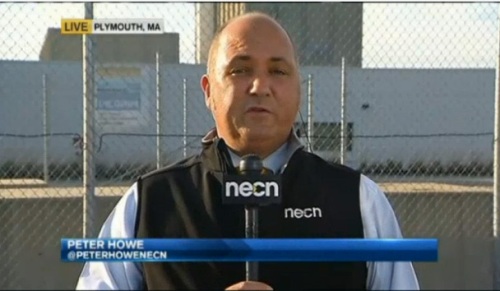 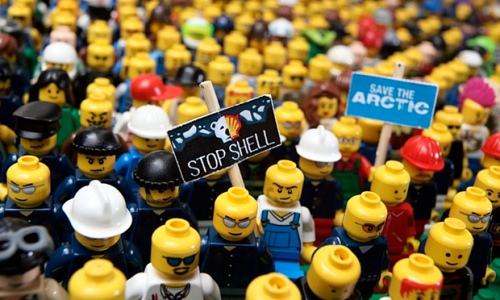 When the call came in that the University of Glasgow had voted to divest its £128m endowment from fossil fuel companies, I happened to be in a room filled with climate activists in Oxford. They immediately broke into cheers. There were lots of hugs and a few tears. This was big – the first university in Europe to make such a move.

The next day there were more celebrations in climate circles: declared, attracting more than 6m views. Pressure is building, meanwhile, on the Tate to sever the museum’s longtime relationship with BP.

What is happening? Are fossil fuel companies – long toxic to our natural environment – becoming toxic in the public relations environment as well? It seems so. Galvanised by the “carbon tracker” research showing that these firms have several times more carbon in their reserves than our atmosphere can safely absorb, Oxford city council has voted to divest; so has the British Medical Association.

Internationally, there are hundreds of active fossil fuel divestment campaigns on university and college campuses, as well as ones targeting local city governments, non-profit foundations and religious organisations. And the victories keep getting bigger.

In May, for instance, California’s Stanford University announced it would divest its $18.7bn endowment from coal. And on the eve of September’s UN climate summit in New York, a portion of the Rockefeller family – a name synonymous with oil – announced that it would be divesting its foundation’s holdings from fossil fuels and expanding its investments in renewable energy. 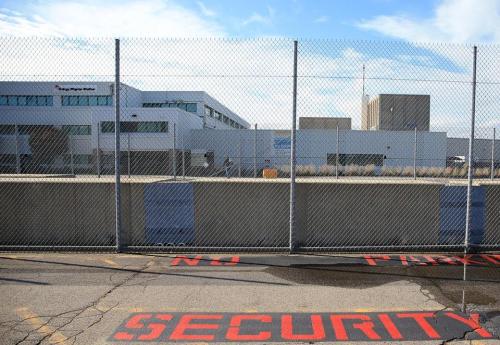 The Pilgrim nuclear plant in Plymouth. The reactor is in the tall building at right.

Shutting off the power at a nuclear plant takes only a few minutes. But decommissioning one — safely removing and storing dangerous radioactive material and closing down the plant for good — can take decades.

In announcing Tuesday that it planned to close the Pilgrim Nuclear Power Station, owner Entergy Corp. revealed few details about how it plans to decommission its aging plant in Plymouth, rated among the least safe in the country. But recent history at nuclear plants in New England and beyond suggests that the process could be long, contentious and cost hundreds of millions of dollars.

Decommissioning a nuclear power plant like Pilgrim will cost close to  $1 billion and could take a decade to complete, but is not particularly complicated, according to one expert.

“It’s not dissimilar from taking care of asbestos, you need to make sure when you’re bringing down the structure you don’t disburse the potentially hazardous material,” said Jacopo Buongiorno, a nuclear science and engineering professor at the Massachusetts Institute of Technology. “It takes time and money, but it’s not a technically super challenging, untried process.”

Entergy, the owner of the Plymouth nuclear plant, yesterday said it will close it by 2019. Once the plant shuts down, Pilgrim will begin moving its spent nuclear fuel into dry cask storage. Dry casks are steel containers that are often welded shut, and are designed to store spent nuclear fuel. That process could take about five years, said Bill Mohl, president of Entergy.

Pilgrim will have to keep the spent fuel on site, because a plan to create permanent storage for nuclear waste underneath Yucca Mountain in Nevada has stalled in Congress, and there is nowhere else to put it.

“We are very confident we can safely store that fuel on site,” Mohl said.

The actual decommissioning of Pilgrim will take about five to 10 years, he said, once work begins.

Taking apart the power plant itself is more complicated than a typical demolition, Buongiorno said. Each part of the power plant must be decontaminated to remove the radiation.

Taking down the plant cannot start until Entergy can show it has enough money in its decommission trust fund to complete the work. The company said it has roughly $870 million in the Pilgrim fund as of Sept. 30. Mohl said the company doesn’t yet have a cost estimate for decommissioning Pilgrim, but the estimate for Entergy’s Vermont Yankee plant is $1.25 billion.

And newly leaked government documents have provided an unprecedented window into the secret U.S. drone assassination program across the globe. In “The Drone Papers,” the website The Intercept reveals drone strikes have resulted from unreliable intelligence, stemming in large part from electronic communications data, or “signals intelligence,” that officials acknowledge is insufficient. The documents also undermine government claims that the drone strikes have been precise. In Afghanistan, strikes on 35 direct targets killed at least 219 other people. This is Jeremy Scahill of The Intercept, which just published an eight-part series on the leaked documents.

Jeremy Scahill: “But the fact that this is the first time that primary source documents have been published that detail the chain of command for assassinating people around the globe. The banality of the bureaucracy of assassination is so clear in these documents—the cold corporate words that they use to describe killing people. The ‘basics of manhunting’ is one of the terms that they use. The ‘tyranny of distance’ is another term that they use. ‘Arab features,’ you know, to describe people that they’re looking at from thousands of feet above. The corporate coldness of the way that these documents reflect what is actually a process of systematically hunting down and assassinating human beings should send chills through the spine of people who care about democracy in this society.”

The documents were leaked to The Intercept by an unnamed U.S. intelligence source. The source told The Intercept: “It’s stunning the number of instances when I’ve come across intelligence that was faulty, when sources of information used to finish targets were misattributed to people. And it isn’t until several months or years later that you realize that the entire time you thought you were going after this target, it was his mother’s phone the whole time. Anyone caught in the vicinity is guilty by association—it’s a phenomenal gamble.” We will link to The Intercept’s exposé on “The Drone Papers” on our site.

Activists Protest Across U.S. to Demand Action on Climate Change

Environmentalists held protests in cities across the United States Wednesday calling for action on climate change and protesting against the institutions that continue to drive fossil fuel extraction. In Washington, D.C., activists held a die-in and a march on the American Petroleum Institute to demand a clean energy economy. In Normal, Illinois, activists gathered in front of the office of a local official to demand a plan to move toward renewable energy. In New York City, about 100 protesters gathered in front of JPMorgan Chase’s office in Manhattan to protest the bank’s investments in fossil fuel companies. Protester Jesse Andre Sassine spoke out.

Jesse Andre Sassine: “JPMorgan’s connection is that they are the number two investor in fossil fuels, in outdated energy, right? And they are a bad player as far as green energy is concerned. And it’s just their M.O. You know, it’s just day-to-day business for them, because they don’t only suck the life out of our planet, but they suck the life out of my community. Right? So, they haven’t done nearly enough to modify the mortgages that were predatory lending in the first place in my community.”

Trump’s speech was interrupted by a group of immigrant rights protesters who unfurled a banner which read “No human life is illegal” and began shouting “Dump Trump.” A Trump supporter reportedly spit on one of the protesters.