Ad Blockers And The Internet Of Tomorrow | On Point

Are ad–blocking, bots, and mobile gutting economic viability of the internet? We’ll take a close look.

Lots of people have been skipping the ads on TV for a long time. Now, ad blockers have a new boost on the Internet. Apple’s latest mobile operating system invites Internet users on iPads and phones to skip the ads. Block them. Less wait for what you want. Less data consumption. Quicker loading. But also another blow to the economics of a whole lot of big players on the web. For many, it’s no ads, no money. News sites in particular. And don’t get them started on bots! It’s a rough world out there. This hour On Point, rising challenges to the economic underpinnings of a big chunk of the Internet.

Sinan Aral, professor of management at the MIT Sloan School of Management, where he co-leads the Initative On the Digital Economy. (@sinanaral)

Inside Overseas Tax Havens | On Point

Trillions of dollars are now stashed in protected tax havens around the world, leaving societies’ bills to those at home. We’ll dig in.

In this Aug. 2, 2012 file photo, local newspapers show stories about the controversial strategy to bail the government out of a financial hole. The Cayman Islands abruptly proposed what amounts to an income tax on expatriate workers who have helped build the territory into one of the most famous or, for some people, notorious offshore banking centers that have tax advantages for foreign investment operations. (AP)

If you’re rich and you don’t want to pay taxes, here’s a way to go. Drop that billion in a secret bank account abroad. It’s illegal, but there are plenty of people who will help you do it. And there are a lot of people who do it. My guest today, Gabriel Zucman, says there are now $7 trillion in personal wealth stashed in tax havens abroad. Seven trillion dollars. That is eight percent of the world’s private financial wealth, not counting yachts and jewels. And who pays the bills that those tax avoiders don’t? Well, you and me. This hour On Point, the shocking scale of global tax evasion today – on trillions.

Gabriel Zucman, assistant professor of economics at the University of California, Berkeley. Author of the new book, “The Hidden Wealth of Nations: The Scourge of Tax Havens.” (@gabriel_zucman)

If People Understood This One Thing, We Would Have Revolution Overnight

In his new book, The Economics of Revolution, DeGraw writes:

“Having that much wealth consolidated within a mere 1% of the population, while a record number of people toil in poverty and debt, is a crime against humanity. For example, it would only cost 0.5% of the 1%’s wealth to eliminate poverty nationwide. Also consider that at least 40% of the 1%’s accounted for wealth is sitting idle. That’s an astonishing $13 trillion in wealth hoarded away, unused.”

In this clip from the full 30-minute interview, DeGraw points out that the Federal Reserve is already printing money and giving it away to the financial elite.

Can we stop the TPP? (w/ Rep. Peter DeFazio)

If you liked this clip of The Thom Hartmann Program, please do us a big favor and share it with your friends… and hit that “like” button!

GOP Has Dismantled The Constitution, And Consumers Are Getting Screwed

Published on Oct 8, 2015
Republicans love to tell us that the legal system in America is out of control, with consumers filing frivolous lawsuits left and right. But the real problem is that our right to have our day in court is being stripped away by right wing extremist judges on the Supreme Court.

Keya Chatterjee (US Climate Action Network) speaks at the National Forum on Climate Change, Clean Energy and Communities of Color on September 29th, 2015.

Van Jones (President of the Dream Corps & Founder of Green For All) at National Forum on Climate Change, Clean Energy and Communities of Color on September 29th, 2015

Published on Oct 8, 2015
Think Corporate Personhood is Bad? The TPP Will Give Us Corporate Nationhood
An Interview with Kevin Zeese.

Earlier this week, after years of secret talks, the United States and 11 other Nations announced that they have reached agreement on the Trans-pacific partnership, or The TPP. It’s been called Nafta on steroids, a Trojan horse to usher in a global corporate coup, and if you think the concept of corporate personhood is bad news, the TPP seeks to strengthen the legal framework for corporate nationhood.

Acronym TV host talk with Kevin Zeese about the battle to defeat the TPP, Hillary Clinton’s reversal on the deal, and the long trail of lies told by U.S. trade Representative Michael Froman.

Interview for this segment:

Kevin Zeese is co-director of PopularResistance.org and It’s Our Economy, an organization that advocates for democratizing the economy. He’s also an attorney who is one of the original organizers of the National Occupation of Washington, DC. He has been active in independent and third party political campaigns including for state legislative offices in Maryland, governor of California and U.S. president, where he served as press secretary and spokesperson for Ralph Nader in 2004. He ran for the U.S. Senate in 2006 and was the only person ever nominated by the Green Party, Libertarian Party and Populist Party.

Congressman Alan Grayson is a Democrat serving Florida’s 9th District in the U.S. House of Representatives. Alan previously represented Florida’s 8th District in the 111th Congress. Alan currently serves on two House Committees: Foreign Affairs and Science, Space, and Technology. For the Foreign Affairs Committee, Alan serves on the Western Hemisphere Subcommittee and the Middle East and North Africa Subcommittee. For Science, Space, and Technology, Alan serves on the Energy and Environment Subcommittees. 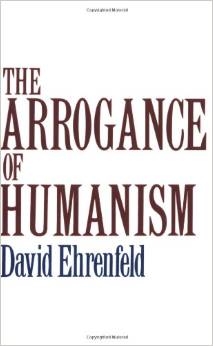 Attacks nothing less than the currently prevailing world philosophy–humanism, which the author feels is exceedingly dangerous in its hidden assumptions.

“An outstanding source of ideas for those interested in systematically thinking through the issues surrounding the increasing rate of the distintegration of social and physical organizations and the destruction of nature in the world today.”–Choice

“Ehrenfeld provides a fascinating and extraordinarily topical tour de force on the present discrepancy between the worldwide humanistic faith in reason, science, and technology and the living reality of the human condition.”–American Scientist

The human species faces a new threat to its health–perhaps to its survival. Our burgeoning numbers, the spread of technology, and our conspicuous consumption are overloading Earth’s capacity to replenish and repair itself.

While other books on the subject analyze only the environmental impact of these problems, McMichael takes his analysis to an entirely new and disturbing extreme: he relates each of these insidious processes back to its ultimate impact on human health. He thoroughly considers these problems–and their scientific uncertainties–within a broad evolutionary, biological, social, and economic context. He also explores the underlying problems contributing to environmental breakdown, especially the relations between the world’s rich and poor.

This eloquent and alarming book will be of intense interest to environmentalists, public health professionals, policy makers, environmental studies and human ecology scholars, and anyone wishing a lucid, rational assessment of today’s pressing ecological concerns. A. J. McMichael is the chair of the Australian Government’s Environmental Health Committee and the co-author of The LS Factor: Lifestyle and Health (Penguin, 1987).