A natural gas burn near Williston, N.D. Burning off natural gas is significantly cleaner than letting the methane leak.

Natural gas gathering and processing plants leak much more methane than producers have reported, and even more than the Environmental Protection Agency has estimated, according to a study released Tuesday.

Researchers at Colorado State University found that U.S. gathering and processing facilities — where natural gas from nearby wells is consolidated for distribution through pipelines — leak 2,421,000 metric tons of methane each year. The facilities emit 100 billion cubic feet of natural gas every year, roughly eight times the amount previously estimated by the EPA.

Gathering facilities “could be responsible for something like 30 percent of emissions for all natural gas production,” the study’s lead researcher, Anthony Marchese, said on a press call Tuesday.

Methane is a greenhouse gas that is 86 times more effective at trapping heat than carbon dioxide over a 20-year time frame. It is the primary ingredient in natural gas.

The amount of emissions tracked in the study has roughly the same 20-year climate impact as 37 coal-fired power plants, the Environmental Defense Fund (EDF) said. The study, published in Environmental Science and Technology, is part of a series of studies organized by EDF that will compose the largest inventory of methane leaks in the U.S. natural gas industry to date. An earlier report in the series found that oil and gas operations on federal and tribal lands leaked $360 million worth of fuel in 2013.

Macedonia has declared a state of emergency on its southern and northern borders over a surge in migrants and refugees, the Interior Ministry has announced. The country said it would involve the army in confronting the crisis. 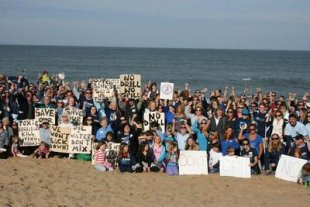 Monthly town council meetings in Kure Beach, North Carolina, an oceanfront community of 2,000 people located 15 miles south of the port city of Wilmington, are usually quiet affairs, drawing a half-dozen or so residents to discuss mundane matters like board appointments and budgets.

But the council’s first meeting last year was anything but quiet or mundane: What happened there on Jan. 27, 2014, is considered the bellwether for the growing grassroots movement against oil and gas drilling in Atlantic Ocean waters.

Some 300 people showed up at the town hall that Monday evening, filling the meeting room and spilling into the parking lot. Angry locals waited as long as two hours to confront Mayor Dean Lambeth, who recently had signed a letter to the federal Bureau of Ocean Energy Management, endorsing a move to begin seismic testing for oil and gas deposits off the North Carolina coast. The letter had been written by America’s Energy Forum, an arm of the American Petroleum Institute, an oil and gas industry lobby group. Lambeth had signed it, lending his endorsement as the mayor of Kure Beach, without any public debate.

The U.S. stock market is closing with its worst performance in 18 months, driven lower by another slump in Chinese shares and heavy selling by technical traders. (August 20) 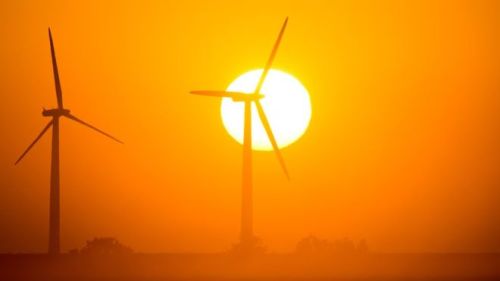 July was the hottest month on Earth since records began, averaging 16.6 C (61.9 F), according to US scientists.

That is 0.08 degrees higher than the previous record, set in July 1998 – a significant margin in weather records.

Scientists at the US National Oceanic and Atmospheric Administration (NOAA) said in a report that they expect 2015 to be the hottest year on record.

Nine of the 10 hottest months since records began in 1880 have occurred since 2005, they NOAA report said.

Scientists say global climate change and the impacts of the El Nino weather phenomenon are behind the record temperatures.

The first seven months of 2015 have already set an all-time temperature record for the period.

“The world is warming. It is continuing to warm. That is being shown time and time again in our data,” said Jake Crouch, physical scientist at NOAA’s National Centres for Environmental Information.

Dr. Brenda Ekwurzel, Union of Concerned Scientists (UCS) joins Thom. many scientists now think that we’ve reached a turning point in the fight against climate change. They think that we’ve now reached “the big jump” – the moment at which global warming really takes off.

Illustrating the Beauty of a Disappearing World

New York artist Zaria Forman grew up traveling the world with a mother who photographed beautiful Arctic landscapes. In this short film by Jesse Brass, Forman explains how her art, inspired by her mother’s photography, is a way of addressing climate change. “I find it important with my art to represent the beauty in the landscape, because I think that helps people fall in love with it more easily,” she says. Forman hopes that people who fall in love with nature will be more compelled to make a difference.

Expansion of Suez Canal will double the ships passing through

Expansion of Suez Canal will double the ships passing through
Originally published at – http://www.voanews.com/media/video/ex…

A Green Energy Initiative in Kenya Powers a Community

In 2013, U.S. President Barack Obama launched the multi-year Power Africa Initiative to increase the availability of electricity in sub-Saharan Africa where millions don’t have access to reliable power. Lenny Ruvaga in Kenya reports on one initiative on the outskirts of Nairobi that is converting human waste into electricity.