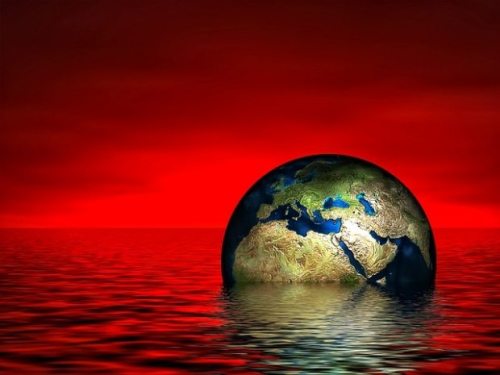 Religion and science both deal in mystery and wonder as we seek to make sense of the vastness of the world. There are times when the scale of the universe is too big. It’s hard to fathom infinity; even a scale such as a hundred years can be difficult to digest.

That time has passed. What once may have seemed like a far-off, abstract problem is now visible in our daily lives, and the ability to deny it is disappearing as quickly as the glaciers around us.

Recognition of an impending crisis means accepting responsibility to avert it. Ethics vary from religion to religion, but there are some things on which nearly every religion agrees. One is that we are to care for others. Another is that this care is active: It is not sufficient to simply do no harm. We are called to the higher purpose of actively caring for others. If we are aware of impending harm coming to someone, we are duty-bound by the ethics of our religious beliefs to take action to prevent that harm. This ethic of active care binds us together despite the differences in our belief systems.