A severe drought in Thailand is limiting the growing season of the country’s important rice crop. Farmers are blaming the government for not doing more to protect a key export. Steve Sandford reports from Chiang Mai, Thailand.
Originally published at – http://www.voanews.com/media/video/ri…

Many Americans are not accustomed to the idea that America sits atop a global empire, but with military bases and forces spread out across the world, interventions in dozens of countries – there’s simply no other way to describe our “empire.” Expansion is the path to security, and to achieve security you have to control everything of value. This is the blueprint that has guided US leaders for decades, but is this empire worth building – and at what cost? SUBSCRIBE: http://bit.ly/1JUX3Xv WATCH MORE: http://bit.ly/1ICHTIN

Wages of Rebellion: The Moral Imperative of Revolt – Chris Hedges on Reality Asserts Itself (1/3)

On Reality Asserts Itself, Chris Hedges discusses his new book with Paul Jay. In part one, they focus on the revolutionary significance of the life of Tom Paine, a man who understood the moral imperative of revolt and was willing to pay the price.

Greed and Capitalism Have Wrecked The Planet

The planet is in the middle of a mass extinction event, where life on earth is dying off at an alarming rate. And scientists are clear about the fact that this extinction event is a direct result of human activity. But the climate change deniers refuse to let us take action as a country.

Unregulated Capitalism Is Destroying the Planet 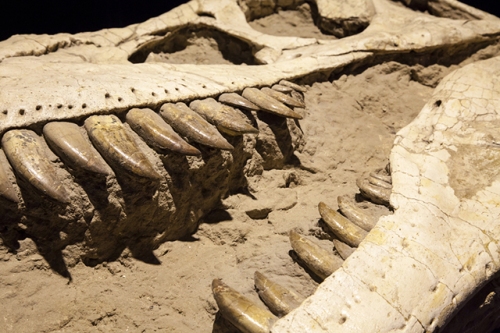 The study, which was conducted by a group of scientists from some of the United States’ leading universities, found that over the past century-plus, vertebrate species have gone extinct at a rate almost 114 times faster than average.

The study also found that as many 477 different vertebrate species have disappeared since 1900, a mind-boggling statistic because it usually takes between 800 to 10,000 years for that many species to disappear.

In terms of the bigger picture, we really haven’t seen this kind of planet-wide holocaust since an asteroid wiped out Tyrannosaurus rex and friends over 65 million years ago.

And that isn’t a coincidence.

The scientists behind the vertebrate study say their data reveal an “exceptionally rapid loss of biodiversity during the last few centuries, indicating that a sixth mass extinction is already under way.”

An interview on climate change and extinction with Thom Hartman by Mike Papantonio (shortened).

Cities in southern California have been struggling to survive the intense drought hitting the state, which has crippled poor communities without the infrastructure to handle the heat and limited their ability to get enough water. Lindsay France has more from Los Angeles.