Includes introductions by Enid Wonnacott (NOFA-VT), Will Allen (Cedar Circle Farm), and a question/answer session with the audience.

The law will require labels on genetically engineered foods sold at retail outlets in the state of Vermont starting in July of 2016. The bill was signed into law on May 8, 2014. Unlike labeling laws passed in Maine and Connecticut, Vermont’s law does not require other states to act first before products will be labeled.

The day the bill was signed into law, a consortium of corporate interests including the Grocery Manufacturers Association, the International Dairy Foods Association, and the Snack Food Association announced that they would sue the state to stop the law from going into effect. Initial arguments in the case are expected to start in late 2014 or 2015. For more information please visit www.vtrighttoknowgmos.org

Planet on a Plate: Dr Vandana Shiva with Joel Salatin

PLANET ON A PLATE – Eating and Farming for our Future
GM-Free Australia Alliance presents Dr Vandana Shiva, inspirational scientist, eco-feminist, and author, awarded Sydney Peace Prize, speaks in Sydney for one night only. Dr Shiva speaks for freedom, democracy and joy and invites us to join the global alliance for seed freedom. Featuring a very special introduction by Joel ‘You Can Farm’ Salatin.

The Amazing Bottled Water Scam – A Must See

In one test performed by the Environmental Working Group, 38 low-level contaminants were found in bottled water, with each of the 10 tested brands containing an average of eight chemicals. Disinfection byproducts (DBPs), caffeine, Tylenol, nitrate, industrial chemicals, arsenic, and bacteria were all detected. The belief driving sales of bottled water is that it must be cleaner, and therefore healthier. But thats where weve all been fooled.

While the world’s population continues to grow at an alarming rate, water is becoming an increasingly scarce commodity. The Swiss film “Bottled Life” documents the booming business with bottled water, by focusing on the global leader in this lucrative multi-billion dollar market – namely, the Nestlé corporation in Switzerland. Nestlé currently controls more than 70 of the world’s bottled water brands, among them Perrier, San Pellegrino and Vittel.

Nestlé’s annual sales of bottled water alone total some CHF 10 billion. And yet the company prefers not to discuss its water business – as Swiss journalist Res Gehriger discovered when researching this documentary film. The Nestlé management refused to give any interviews or assistance or to provide information. But Gehriger persisted, and discovered just how controversial and conflict-laden the company’s international operations are. 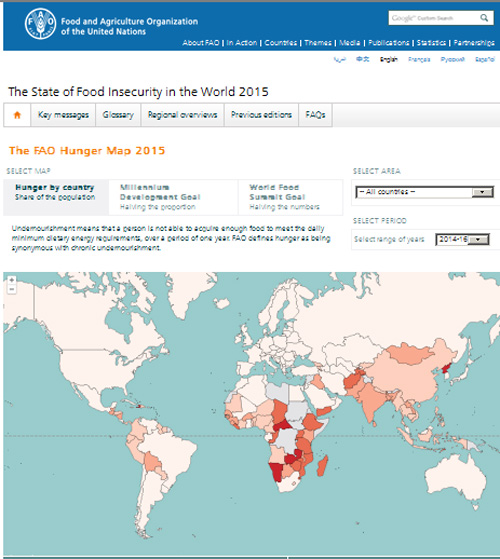 The State of Food Insecurity in the World 2015

Deb Habib from “Why Hunger”

Devinder Sharma from “Why Hunger”

Josphat Ngonyo from “Why Hunger”

Ricky Baruc from “Why Hunger”