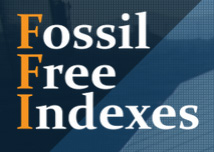 Harvard’s Carbon Footprint Based on Reserves

Measuring and disclosing the carbon footprint of investments is at the heart of efforts such as the Montreal Carbon Pledge and the Portfolio Decarbonization Coalition, supported by institutional investors representing trillions in assets. It is the first important step in managing the investment risks associated with climate change and carbon regulation.

Harvard University’s $36 billion endowment provides a timely example. It reports direct holdings for less than $1 billion of its portfolio. Within this directly held portion, the endowment finances 2.3 million tons of potential CO2 emissions related to the reserves of fossil fuel companies.

Of this amount, 45% is financed through equity ownership of four companies on Fossil Free Indexes’ Carbon Underground 200TM (CU200) list, and 55% through seven exchange-traded fund (ETF) positions that are invested partly in CU200 stocks. The ETF positions totaled $133 million as of year-end 2014, and the four CU200 direct equity investments totaled $19.6 million.

In total, the 2.3 million tons of financed reserve emissions is about 20 times higher than current annual emissions across all of Harvard’s direct holdings. But these numbers reflect the emissions of just directly held securities, and a small fraction of the total carbon footprint of the overall Harvard endowment including indirect holdings.

Harvard’s strategic policy portfolio indicates that a third of the endowment may be invested in public equities through investment manager mandates. Assuming typical emissions intensities associated with major equity categories (domestic, international, and emerging), the Harvard endowment is estimated to finance more than 100 million tons of potential CO2 emissions from the reserves of fossil fuel companies through direct and indirect holdings of public equities.