In 2010, Vancouver passed its Greenest City Action Plan – to become the world’s greenest city by 2020.

One of its long term goals is to eliminate dependence on fossil fuels for energy, and last month, the city council unanimously voted to move forward to a 100% renewable energy future.

Vancouver joins other major cities that have made this pledge, including San Francisco, San Diego, San Jose, Sydney, Stockholm, Copenhagen and Frankfurt, and legions of small cities.

While most focus solely on electricity, Vancouver goes the next step to include heating and transportation. Currently, 32% of Vancouver’s energy is met by renewables, including electricity, heating and cooling – and emissions are down 6% from 1990 levels since 2011.

It’s bad enough that they’ve bought our politicians. Now the wealthy have bought off the only institutions that can counter their influence. 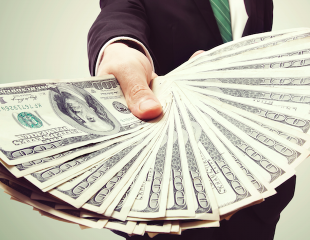 Not long ago I was asked to speak to a religious congregation about widening inequality. Shortly before I began, the head of the congregation asked that I not advocate raising taxes on the wealthy.

He said he didn’t want to antagonize certain wealthy congregants on whose generosity the congregation depended.

I had a similar exchange last year with the president of a small college who had invited me to give a lecture that his board of trustees would be attending. “I’d appreciate it if you didn’t criticize Wall Street,” he said, explaining that several of the trustees were investment bankers.

It seems to be happening all over.

A non-profit group devoted to voting rights decides it won’t launch a campaign against big money in politics for fear of alienating wealthy donors.

A Washington think-tank releases a study on inequality that fails to mention the role big corporations and Wall Street have played in weakening the nation’s labor and antitrust laws, presumably because the think tank doesn’t want to antagonize its corporate and Wall Street donors.

Edge of Extinction:The World of Should?

Paul R. Ehrlich, of Stanford University, talks about The Population Bomb, poverty, the Titanic club, feeding 9 billion people when we can’t feed 7 billion, and much more with Guy.It was an honor for Guy to speak with someone who has been a mentor in his life for many years. Paul is definitely a pioneer.

World Bank Group President, Jim Yong Kim, today announced a broad strategy to end extreme poverty by 2030. Speaking at a research institute in Washington D.C., he welcomed emerging players such as the Asia Infrastructure Investment Bank and the New Development Bank, established by the BRICS countries, as potentially strong allies in the economic development of poor countries and emerging markets.

Join Pabsy Pabalan as she slips behind the scenes to report on World Bank Group President Jim Yong Kim’s speech in advance of the WBG-IMF Spring Meetings in Washington, DC. This year’s event promises innovative ideas and creative solutions to ending global poverty. You can also watch highlights of Jim’s speech at http://www.worldbank.org.

His Holiness the 17th Karmapa: “Inner Connection and Meditation: Changing the World from Inside Out”

His Holiness the 17th Gyalwang Karmapa, Ogyen Trinley Dorje, is the head of the 900-year-old Karma Kagyu school of Tibetan Buddhism. He guides millions of Buddhists around the world. At the age of fourteen, the Karmapa made a dramatic escape from Tibet. Currently 29 years old, he is based in India and is very active in environmental issues, having transformed 55 monasteries across the Himalayas into centers of green activism. He recently announced that he will establish full ordination for women within his lineage, a long-awaited step that will change the future of Tibetan Buddhism. Leading a tradition that emphasizes direct realization of the nature of mind through serious meditation training, the Karmapa plays a key role in preserving Tibetan religion and culture for a new generation. www.kagyuoffice.org – www.facebook.com/karmapa www.youtube/user/karmapateachings

Buddhism and the Environment, A Conversation with His Holiness the 17th Karmapa, Ogyen Trinley Dorje

The Karmapa has been described as “a world spiritual leader for the 21st century” and has inspired millions of people worldwide to take action on social and environmental issues. The Karmapa speaks to the younger generation on the major challenges facing society today, including gender issues, food justice, rampant consumerism, and the environmental crisis. A forthcoming book will be based on his interactions with American university students, and focuses on living interdependence in an era of technological connectivity and emotional disconnection.

President Obama delivered remarks at Howard University on the impact of climate change on our public health. April 7, 2015.

The White House
Office of the Press Secretary
For Immediate Release
April 07, 2015

President Obama is committed to combating the health impacts of climate change and protecting the health of future generations. We know climate change is not is not a distant threat, we are already seeing impacts in communities across the country. And while most Americans see climate change hitting their communities through extreme weather events – from more severe droughts and wildfires to more powerful hurricanes and record heat waves – there are other threats climate change poses to the American people. In the past three decades, the percentage of Americans with asthma has more than doubled, and climate change is putting these individuals and many other vulnerable populations at greater risk of landing in the hospital.  Certain people and communities are especially vulnerable, including children, the elderly, the sick, the poor, and some communities of color. Rising temperatures can lead to more smog, longer allergy seasons, and an increased incidence of extreme-weather-related injuries.
…(read more).