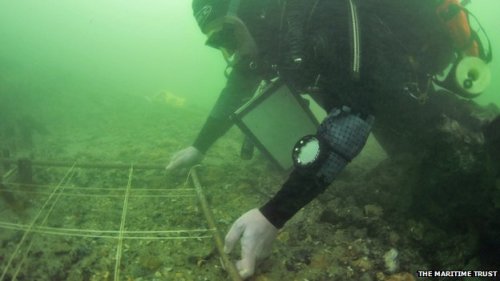 The site is submerged in the Solent
Related Stories

Wheat was present in Britain 8,000 years ago, according to new archaeological evidence.

Fragments of wheat DNA recovered from an ancient peat bog suggests the grain was traded or exchanged long before it was grown by the first British farmers.

The research, published in Science, suggests there was a sophisticated network of cultural links across Europe.

The grain was found at what is now a submerged cliff off the Isle of Wight.

Farming of plants and animals first appeared in the Near East, with the technology spreading along two main routes into Europe.