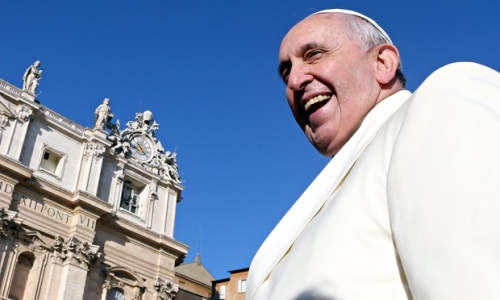 Pope Francis was a key player in thawing relations between the US and Cuba. Photograph: Franco Origlia/Getty Images

He has been called the “superman pope”, and it would be hard to deny that Pope Francis has had a good December. Cited by President Barack Obama as a key player in the thawing relations between the US and Cuba, the Argentinian pontiff followed that by lecturing his cardinals on the need to clean up Vatican politics. But can Francis achieve a feat that has so far eluded secular powers and inspire decisive action on climate change?

It looks as if he will give it a go. In 2015, the pope will issue a lengthy message on the subject to the world’s 1.2 billion Catholics, give an address to the UN general assembly and call a summit of the world’s main religions.

The reason for such frenetic activity, says Bishop Marcelo Sorondo, chancellor of the Vatican’s Pontifical Academy of Sciences, is the pope’s wish to directly influence next year’s crucial UN climate meeting in Paris, when countries will try to conclude 20 years of fraught negotiations with a universal commitment to reduce emissions.

“Our academics supported the pope’s initiative to influence next year’s crucial decisions,” Sorondo told Cafod, the Catholic development agency, at a meeting in London. “The idea is to convene a meeting with leaders of the main religions to make all people aware of the state of our climate and the tragedy of social exclusion.”

Following a visit in March to Tacloban, the Philippine city devastated in 2012 by typhoon Haiyan, the pope will publish a rare encyclical on climate change and human ecology. Urging all Catholics to take action on moral and scientific grounds, the document will be sent to the world’s 5,000 Catholic bishops and 400,000 priests, who will distribute it to parishioners.

According to Vatican insiders, Francis will meet other faith leaders and lobby politicians at the general assembly in New York in September, when countries will sign up to new anti-poverty and environmental goals.