The Institute for Responsible Technology – Channel

The Institute for Responsible Technology

The Institute for Responsible Technology is a world leader in educating policy makers and the public about genetically modified (GM) foods and crops. We investigate and report their risks and impact on health, environment, the economy, and agriculture, as well as the problems associated with current research, regulation, corporate practices, and reporting.

Founded in 2003 by international bestselling author and GMO expert Jeffrey Smith, IRT has worked in more than 30 countries on 6 continents, and is credited with improving government policies and influencing consumer buying habits.

The multi-award winning film that lets you experience what it is like to live in Antarctica for a full year, including winters isolated from the rest of the world, while enduring months of darkness in the harshest place on Earth.

Fusion reactor concept could be cheaper than coal 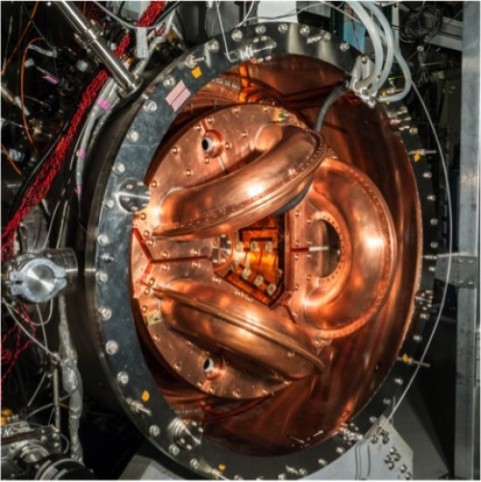 Date: October 8, 2014
Source: University of Washington
Summary: Engineers have designed a concept for a fusion reactor that, when scaled up to the size of a large electrical power plant, would rival costs for a new coal-fired plant with similar electrical output.

Perhaps the biggest roadblock to adopting fusion energy is that the economics haven’t penciled out. Fusion power designs aren’t cheap enough to outperform systems that use fossil fuels such as coal and natural gas.

University of Washington engineers hope to change that. They have designed a concept for a fusion reactor that, when scaled up to the size of a large electrical power plant, would rival costs for a new coal-fired plant with similar electrical output.

“Right now, this design has the greatest potential of producing economical fusion power of any current concept,” said Thomas Jarboe, a UW professor of aeronautics and astronautics and an adjunct professor in physics.

The UW’s reactor, called the dynomak, started as a class project taught by Jarboe two years ago. After the class ended, Jarboe and doctoral student Derek Sutherland — who previously worked on a reactor design at the Massachusetts Institute of Technology — continued to develop and refine the concept.

The design builds on existing technology and creates a magnetic field within a closed space to hold plasma in place long enough for fusion to occur, allowing the hot plasma to react and burn. The reactor itself would be largely self-sustaining, meaning it would continuously heat the plasma to maintain thermonuclear conditions. Heat generated from the reactor would heat up a coolant that is used to spin a turbine and generate electricity, similar to how a typical power reactor works.

There are several ways to create a magnetic field, which is crucial to keeping a fusion reactor going. The UW’s design is known as a spheromak, meaning it generates the majority of magnetic fields by driving electrical currents into the plasma itself. This reduces the amount of required materials and actually allows researchers to shrink the overall size of the reactor.

Naomi Klein — “the most visible and influential figure on the American left,” as The New Yorker puts it — dropped by the Grist office to chat with David Roberts about her new book. They kicked things off by discussing its provocative title: This Changes Everything: Capitalism vs. the Climate.

What we get wrong about the Gates Foundation

Some food activists are extremely worried about all the money the Bill and Melinda Gates Foundation gives to help farmers. It’s one thing to protest extractive companies cutting corners to make a profit, and quite another to protest an organization that aims to improve the world. I wanted to know what was going on. I looked closely at the concerns about the Gates Foundation a few months back, in this story (http://grist.org/food/teaching-a-humo…).

But we know that not everyone likes to read thousands of words on the internet — so we’ve boiled it down to some of the key points in this video. Hope you like it!

ISIS vs. Ebola: A Blank Check to Bomb ISIS While Funding to Fight Ebola Is Slashed 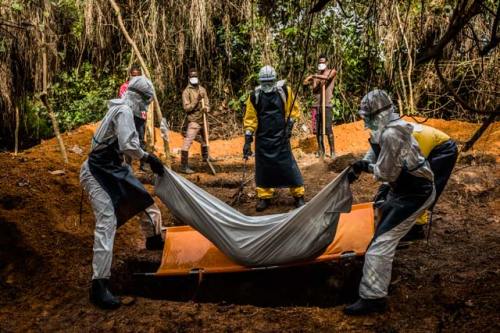 Is the Islamic State of Iraq and Syria (ISIS) a greater threat to US security than the current historic outbreak of the Ebola virus? If spending totals were an accurate indication of threat assessment, the answer would be “yes.” The Center for Strategic and Budgetary Assessments (CSBA) estimates the US spent nearly $1 billion bombing ISIS targets in Iraq from August 8 to September 24, and this was merely the warm up act before President Obama ordered expanded bombing in Syria.

With the War on Terror now back in full swing, and the Pentagon and White House saying the new military campaign against ISIS “…could take years,” money is raining on US weapons manufacturers. Since August 1, the stock prices of America’s top four aerospace companies have jumped an average of nearly 7 percent, and the good times have barely begun. The air campaign in Syria is being waged with newly minted F-22 Raptor stealth jets that cost $67 billion to develop and $412 million each to purchase.

These jets are dropping satellite-guided bombs and Tomahawk missiles that cost $1.6 million each to blow up suspected ISIS vehicles, storage buildings and, according to one report from Aleppo Province, a cinder block residential home on a dirt street. At a “moderate” level, the CSBA estimates annual costs to bomb ISIS could be as high as $3.8 billion, while higher intensity bombing could reach $6.8 billion per year. The deployment of as few as 5,000 ground troops, which many military analysts think is inevitable, could run the cost up to $22 billion annually, per CSBA estimates.

By comparison, the entire budget allocated by President Obama to

fight the 2014 Ebola outbreak is $1 billion. Much of the total is being spent to deploy 3,200 US military personnel to build Ebola Treatment Units (ETUs) in Liberia in an effort to contain the spread of the disease, meaning these troops will be exposed to the virus in the process. Meanwhile, the Centers for Disease Control and Prevention (CDC) and National Institutes of Health (NIH), the government agencies that are leading US medical efforts to prevent the spread of Ebola, are being hampered by the effects of over $1 billion in cumulative budget cuts since 2010. 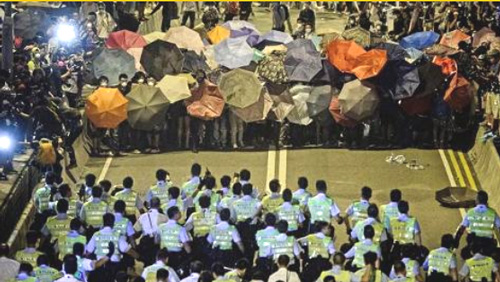 This two-part report goes behind the scenes with a pro-democracy campaign trying to ensure free elections in Hong Kong.

A coalition of pro-democracy reformers want Hong Kong’s next chief executive to be directly elected in 2017. The Chinese government insists that the leader must be chosen from a pre-approved list.

Over the last few months, as this increasingly divisive debate has brought thousands of Hong Kongers out onto the street, filmmakers James Leong and Lynn Lee have been behind-the-scenes with the activists who are working to galvanise public opinion.

In the first part of two special reports on these events, People & Power explores how the arguments about the island’s future began and then unfolded over the summer of 2014. The second part follows them to their dramatic climax.

http://democracynow.org – A federal jury has returned guilty verdicts against four Blackwater operatives involved in the 2007 massacre at Baghdad’s Nisoor Square. On Wednesday, the jury found one guard, Nicholas Slatten, guilty of first-degree murder, while three other guards were convicted of voluntary manslaughter: Paul Slough, Evan Liberty and Dustin Heard. The jury is still deliberating on additional charges against the operatives, who faced a combined 33 counts. The operatives were tried for the deaths of 14 of the 17 Iraqi civilians who died when their Blackwater unit opened fire. We speak to Jeremy Scahill, author of the best-selling book “Blackwater: The Rise of the World’s Most Powerful Mercenary Army.” His most recent article published by The Intercept is “Blackwater Founder Remains Free & Rich While His Former Employees Go Down on Murder Charges.”

Watch all Democracy Now! reports on the 2007 Nisoor massacre and Blackwater in our archive:
http://www.democracynow.org/topics/bl…

Food and Agriculture Organization of the UN

http://www.fao.org/in-action/food-sec…
This video was produced under the scope of the ECHO-funded capacity building project implemented by FAO in 2013/2014. It gives an overview of what the workshop held in Nairobi, Kenya in February 2014 on Integrating nutrition and food security programming was about. Featured extracts focus on activities that aimed to foster the intersectoral dialogue such as the problem and solution trees method and group work sessions. The video ends showing some participants giving their feedback on the workshop and what they will take back to their countries.