In THE SHOCK DOCTRINE, Naomi Klein explodes the myth that the global free market triumphed democratically. Exposing the thinking, the money trail and the puppet strings behind the world-changing crises and wars of the last four decades, The Shock Doctrine is the gripping story of how America’s “free market” policies have come to dominate the world– through the exploitation of disaster-shocked people and countries.

At the most chaotic juncture in Iraq’s civil war, a new law is unveiled that would allow Shell and BP to claim the country’s vast oil reserves…. Immediately following

Amid growing evidence that climate change is having wide-ranging global impacts that will worsen in the years ahead, Insurer Climate Risk Disclosure Survey Report & Scorecard: 2014 Findings & Recommendations, ranks the nation’s 330 largest insurance companies on what they are saying and doing to respond to escalating climate risks. The report found strong leadership among fewer than a dozen companies but generally poor responses among the vast majority.

This report summarizes responses from insurance companies to a survey on climatechange risks developed by the National Association of Insurance Commissioners (NAIC). In 2013, insurance regulators in California, Connecticut, Minnesota, NewYork and Washington required insurers writing in excess of $100 million in direct written premiums, and licensed to operate in any of the five states, to disclose their climate- related risks using this survey.

The aim of the survey, and Ceres’ analysis of the responses, is to provide regulators,insurers, investors and other stakeholders with substantive information about the risks insurers face from climate change and the steps insurers are taking—or are not taking— to respond to those risks. Because virtually every large insurer operates in at least one of the mandatory climate risk disclosure states, this analysis effectively opens a window into the entire industry. The report distills key findings and industry trends, and includes company specific scores based on disclosed actions taken to manage climate risks. It also offers recommendations for insurers and regulators to improve the insurance sectors’ overall management of climate change risks.

The report ranks property & casualty, health and life & annuity insurers that represent about 87 percent of the total US insurance market. The companies were ranked on a half-dozen climate related indicators, including governance, risk management, investment strategies, greenhouse gas management and public engagement (such as their climate policy positions.) The report is based on company disclosures last year in response to a climate risk survey developed by the National Association of Insurance Commissioners (NAIC).

The companies were ranked on a four-tier scoring system, based on a 100-point scale, that included “Leading,” “Developing,” “Beginning” and “Minimal” grades. Nine of the 330 companies – three percent overall – received the “Leading” rank, including ACE, Munich Re, Swiss Re, Allianz, Prudential, XL Group, The Hartford, Sompo Japan and Zurich. The Hartford and Prudential are the only U.S.-headquartered insurers among the nine firms.  The vast majority of the insurers – 276 of the 330 companies – earned “Beginning” or “Minimal” ratings. The heath and life & annuity insurers had especially weak responses, with 89 percent and 80 percent, respectively, receiving the lowest “Minimal” rating.  Three of the nine top scoring companies were global reinsurance companies, including Munich Re, Swiss Re and XL Group.

The report cites numerous studies and on-the-ground examples of how rising global temperatures are driving sea level increases, and more pronounced extreme weather events are causing larger damages and losses in coastal and non-coastal areas alike. The insurance sector is on the veritable ‘front line’ of these escalating financial risks, especially property & casualty firms, which often bear the financial brunt of extreme weather losses. Insured losses from Hurricane Sandy alone totaled more than $29 billion.  The changing climate also has major implications for life & annuity insurers, especially in regard to their vast investment portfolios. L&A firms have trillion of dollars of investments – roughly two-thirds of the U.S. insurance sector’s total cash and invested assets – that may be affected by wide-ranging climate-related ripples across the economy, including physical impacts, carbon-reducing regulations and fast-growing clean energy opportunities.

The Harvard Sustainability Plan is the University’s roadmap for building and operating a healthier, more sustainable campus community.

The Plan aligns Harvard’s decentralized campus around a holistic vision and sets clear University-wide goals and priorities in the areas of emissions and energy, campus operations, nature and ecosystems, health and well-being, and culture and learning. It also encourages students, faculty, and staff to continue piloting sustainability solutions throughout the University by using Harvard’s cutting-edge research and teaching to tackle real-world challenges on campus.

The Country At The Epicenter Of The Ebola Outbreak 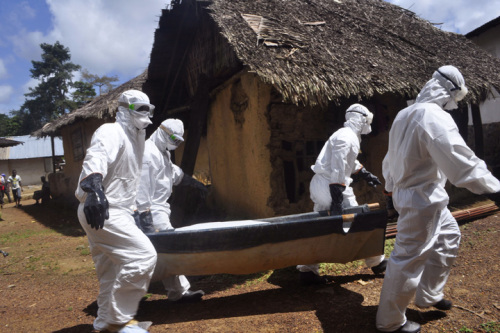 Health workers carry the body of a woman suspected of contracting the Ebola virus in Bomi county situated on the outskirts of Monrovia, Liberia, Monday, Oct. 20, 2014. (AP)

Maybe, maybe we are getting on top of our tiny Ebola outbreak in the United States. One sick arrival and two nurses. But in West Africa, where this worst of all Ebola outbreaks took off, the outlook is still shockingly daunting. Heading for 5,000 dead. Or maybe 12,000. By the beginning of December, the region could see 10,000 new cases a week. Will need 19,000 doctors, nurses, paramedics. In Liberia, Sierra Leone, Guinea – they’re not there. This hour On Point: We go to Ebola’s epicenter in West Africa to assess the spread. 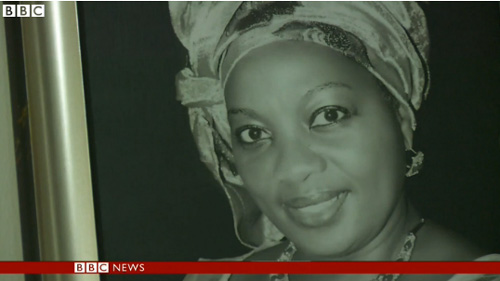 The World Health Organisation is expected to declare Nigeria free from Ebola on Monday.

It has been six weeks since the last reported case of the virus.

With a population of more than 170 million, Nigeria is Africa’s most populous nation.

There were fears that Ebola would take hold when a Liberian-American arrived with the disease in July.

However, partly due to the diligence of Dr Ameyo Stella Adadevoh, who identified Patrick Sawyer as having the virus and stopped him from spreading it, Ebola has been officially defeated.

Dr Adadevoh later died from the virus alongside other medical staff who refused to let Mr Sawyer leave the hospital.

Will Ross reports from Lagos. 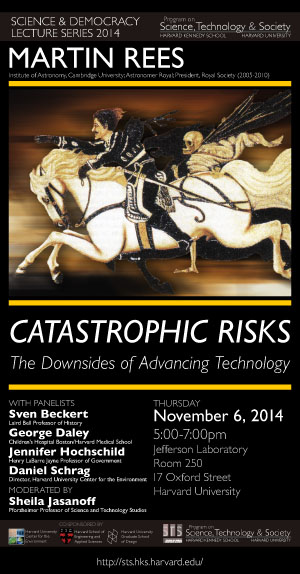 Our Earth is 45 million centuries old. But this century is the first when one species ours can determine the biosphere’s fate. Threats from the collective “footprint” of 9 billion people seeking food, resources and energy are widely discussed. But less well studied is the potential vulnerability of our globally-linked society to the unintended consequences of powerful technologies not only nuclear, but (even more) biotech, advanced AI, geo-engineering and so forth. These are advancing fast, and bring with them great hopes, but also great fears. They will present new threats more diverse and more intractable than nuclear weapons have done. More expertise is needed to assess which long-term threats are credible, versus which will stay science fiction, and to explore how to enhance resilience against the more credible ones. We need to formulate guidelines that achieve optimal balance between precautionary policies, and the benign exploitation of new technologies. We shouldn’t be complacent that the probabilities of catastrophe are miniscule. Humans have survived for millennia, despite storms, earthquakes, and pestilence. But we have zero grounds for confidence that we can survive the worst that the future can bring. It’s an important maxim that “the unfamiliar is not the same as the improbable.

Kevin Kamps, Beyond Nuclear, joins Thom Hartmann. Three and a half years after the Fukushima nuclear disaster – ocean waters off the West Coast are testing positive for radioactive elements. How concerned should we be by that – and is just a sign of things to come?

Food and Agriculture Organization of the UN