The corporate and financial sectors have an overwhelming presence on the governing boards of major public television stations, a new FAIR study finds.

Out of these boards’ 182 total members, 152—or 84 percent—have corporate backgrounds, including 138 who are executives at elite businesses. Another 14 members appear to be on the board because of their families’ corporate-derived wealth, often with a primary affiliation as an officer of a family charitable foundation.

Many board members are affiliated with major corporations like Boeing, Wells Fargo and Citigroup. Seventy-five board members, nearly half of all those with corporate ties, are financial industry executives. Another 24 are corporate lawyers.

Public TV board members without corporate ties were few and far between. Of these, nine are categorized as academics, while six are affiliated with nonprofit groups (not counting family grant-making foundations). There are three former government officials, two non-corporate lawyers, two journalists, one religious educator and a former principal of a magnet school. Six board members are station insiders.

WNET, WGBH and WETA are considered to be the “big three” PBS affiliates, producing a large share of programming for PBS nationally. WTTW and KCET were included because they serve two of the largest US metropolitan areas. Four of these stations are affiliated with PBS; KCET disaffiliated in 2010, but remains a prominent regional public television station.

In this new video from MoveOn.org Political Action, Robert Reich unpacks the Koch brothers’ influence network, and how the Koch brothers are trying to use their wealth to impose their self-interested agenda on the rest of us. Visit http://j.mp/KochPetition to sign the petition.

If Republicans win control of the Senate November 4, we can expect them to use a little-known tool to get their way. Robert Reich explains in this new video from MoveOn.org Political Action’s Voters Rising campaign.

Kim Kardashian and CO. Brought to You By: Ayn Rand

Lynn Stuart Parramore, Alternet, joins Thom Hartmann. It seems like everytime you turn on the TV – you hear another story about an A-List celebrity or Wall Street billionaire spending millions on themselves while doing nothing for the greater society. This selfishness plays out in Washington too – where Conservative lawmakers would rather create policies that help the wealthy elite hoard their wealth – than help millions and millions of struggling Americans. But while selfishness might feel good to the individual – it’s doing untold and lasting damage to our society and way of life. So – if you think that we can be a productive society while selfishness and narcissism run amok – then everything you know is wrong!

BBC – Earth – Your life on earth

How you and the world have changed since you were born. Best viewed on Chrome, Firefox and Internet Explorer 10 and above

Find out how, since the date of your birth, your life has progressed; including how many times your heart has beaten, and how far you have travelled through space.

Investigate how the world around you has changed since you’ve been alive; from the amount the sea has risen, and the tectonic plates have moved, to the number of earthquakes and volcanoes that have erupted.

Grasp the impact we’ve had on the planet in your lifetime; from how much fuel and food we’ve used to the species we’ve discovered and endangered.

And see how the BBC was there with you, capturing some of the most amazing wonders of the natural world.

Investors are seeking funding from the UK government for an ambitious plan to import solar energy generated in North Africa.

Under the scheme, up to 2.5 million UK homes could be powered by Tunisian sunshine by 2018.

The company involved says they have already spent 10 million euros developing the site.

A number of overseas energy producers are competing to bring green energy to the UK from 2017.

The TuNur project aims to bring two gigawatts of solar power to the UK from Tunisia if the company wins a contract for difference (CFD) from the British government.

Under new rules published by the Department for Energy and Climate Change (Decc) in the Summer, the government will allow developers of renewable energy projects that are not based in the UK to bid for contracts that guarantee subsidies to supply power. 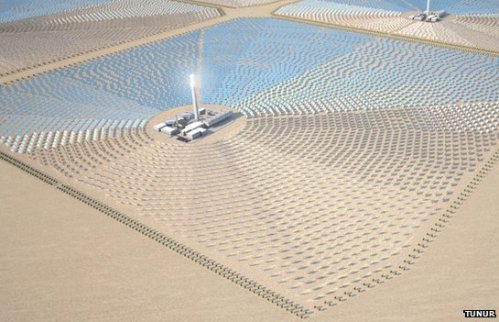 TuNur, which is a partnership between British renewables investor Low Carbon, developer Nur Energie, and Tunisian investors, says it has already spent 10 million euros developing the site in the southern area of the country.

The company has gathered three years of solar data from the location, which it says has been independently verified.

Legislation has also been passed in the Tunisian parliament to facilitate the export of the energy, and an agreement has been reached with the Italian network operator to connect a dedicated undersea cable to a substation near Rome.

“This is not a back-of-the-envelope fantasy,” Kevin Sara, chief executive of TuNur told BBC News.

“We are working with some of the largest engineering firms in the world. This is a serious project. Yes, it is risky like any big energy project is risky.

“But there is nothing new about moving energy from North Africa to Europe.” 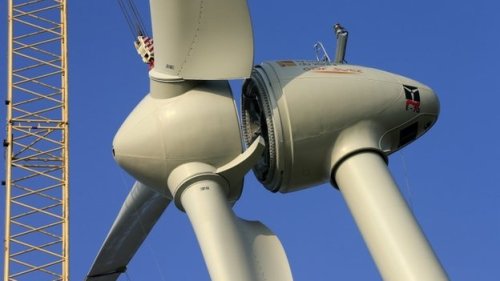 Europe’s leaders are about to consign the Earth to the risk of dangerous climate change, a UN expert says.

Prof Jim Skea, a vice-chair of the Intergovernmental Panel on Climate Change, says the EU’s plan to cut CO2 emissions 40% by 2030 is too weak.

He says it will commit future governments to “extraordinary and unprecedented” emissions cuts.

The Commission rejected the claim, saying the 40% target puts Europe on track for long-term climate goals.

The 40% target – proposed by the European Commission – will be finalised at an EU summit this week.

A spokesman for the Climate Commissioner Connie Hedegaard said: “Our 40% target is in line with science as it puts us right on track to meet our 2050 goal of cutting emissions by 80%-95%.

“This is what developed countries will need to reduce by 2050 according to the IPCC to keep global warming below 2C.”

But Prof Skea, vice-chair of the economics working group of the IPCC, told BBC News the EU’s 40% target for 2030 would not lead to the desired cut by the middle of the century.

He said the easy climate protection measures – like energy saving – had been snapped up, leaving to future leaders the job of introducing new clean technologies in every walk of life.

“I don’t think many people have grasped just how huge this task is,” he said. “It is absolutely extraordinary and unprecedented. My guess is that 40% for 2030 is too little too late if we are really serious about our long-term targets.”

He believes some politicians have not grasped the relative mathematics of transforming the energy economy step-by-step from 1990 baseline through to 2050.

He says the Commission’s current stance means that future leaders will need to make a three-fold cut in just 20 years – which Prof Skea believes is scarcely credible.

Production and consumption systems in the European Union have large, global impacts on the environment. More sustainable ways of satisfying our needs are emerging, but they need more support, according to a new assessment.

The European Environment Agency’s indicator report 2014 looks at the transition to a green economy with a focus on the global environmental impacts of the EU’s production-consumption systems.

The report’s launch coincides with the Global Green Growth Forum, being held in Copenhagen 20-21 October, where business leaders and decision makers are discussing how changing production and consumption patterns can bring about green growth.

European Union environmental policy is framed by the ambition to “live well within the limits of the planet” by 2050. Around half of some pressures from EU consumption are exerted outside the EU, including land use, water use and some air pollutant emissions, partly because consumer goods are increasingly produced abroad, the report notes.