Edward Snowden is a whistleblower, not a spy – but do our leaders care? | US news | theguardian.com 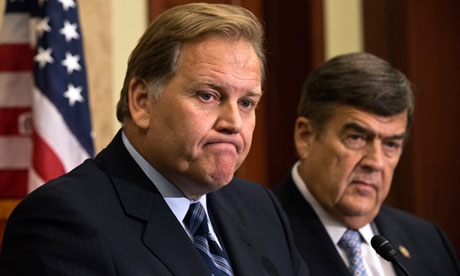 According to US legislators and journalists, the surveillance whistleblower Edward Snowden actively aided America’s enemies. They are just missing one essential element for the meme to take flight: evidence.

An op-ed by Representative Mike Pompeo (Republican, Kansas) proclaiming Snowden, who provided disclosed widespread surveillance on phone records and internet communications by the National Security Agency, “not a whistleblower” is indicative of the emerging narrative. Writing in the Wichita Eagle on 30 June Pompeo, a member of the House intelligence committee, wrote that Snowden “has provided intelligence to America’s adversaries“.

Pompeo correctly notes in his op-ed that “facts are important”. Yet when asked for the evidence justifying the claim that Snowden gave intelligence to American adversaries, his spokesman, JP Freire, cited Snowden’s leak of NSA documents. Those documents, however, were provided to the Guardian and the Washington Post, not al-Qaeda or North Korea.

It’s true that information published in the press can be read by anyone, including people who mean America harm. But to conflate that with actively handing information to foreign adversaries is to foreclose on the crucial distinction between a whistleblower and a spy, and makes journalists the handmaidens of enemies of the state.

Yet powerful legislators are eager to make that conflation about Snowden.

The Twitter account of Representative Mike Rogers (Republican, Michigan), the chairman of the House intelligence committee, on 18 June placed Snowden and accused WikiLeaks source Bradley Manning in the same company as Aldrich Ames and Robert Hanssen, two infamous CIA and FBI double-agents. (The tweet appears to have been deleted.)