A crowd breaking through a fence to destroy an experimental field of genetically modified golden rice in the Philippines, Aug. 8.

Did you hear that a group of 400 angry farmers attacked and destroyed a field trial of genetically modified rice in the Philippines this month? That, it turns out, was a lie. The crop was actually destroyed by a small number of activists while farmers who had been bussed in to attend the event looked on in dismay.

The nature of the attack was widely misreported, from the New York Times to New Scientist to BBC News, based on false claims by the activists. But then anti-GMO activists often lie. In support of the vandals, Greenpeace has claimed that there are health concerns about the genetically modified rice. In fact there is no evidence of risk, and the destruction of this field trial could lead to needless deaths.

The rice is genetically enhanced to produce the vitamin A precursor beta-carotene, giving it a golden color. This vital nutrient is missing from the diets of millions of rice-dependent people in poor countries, where vitamin A deficiency leads to preventable blindness and death on a massive scale.

In an exclusive interview at IRRI in Los Baños, I spoke to the golden rice project senior manager Raul Boncodin, who personally witnessed the attack on the morning of Aug. 8.* IRRI also provided photos of the attack; this is the first time they have been seen outside of the Philippines.

Health and the Rise of Civilization: Mark Nathan Cohen

In this book, the author challenges the popular assumption that “primitive” societies are poor, ill, and malnourished, and that progress through civiliztion automatically implies improved health. Cohen reviews the major prehistoric social and technological transformations that resulted in the emergence of civilization, and evaluates the impact of these transformations on health and nutrition through the ages. Using findings from epidemiology, anthropology, and archaeology, Cohen provides evidence about the actual effects of civilization on health, concluding that primitive populations, whether in prehistory or in the modern world, have surprisingly successful health records compared to many prehistoric and historic civilizations and to some populations of the modern Third World. He argues that some aspects of “progress” create as many health problems as they prevent or cure.

After making the eye-opening discovery that the right to vote is missing from the Constitution, political humorist Mo Rocca sets out on a road trip to see how voting works – and doesn’t work – in America. He heads to Indiana, home to some of the strictest election laws in the country, and meets two feisty Hoosiers – Democrat Mike Marshall and Republican Dee Dee Benkie – who take him inside their efforts to get out every vote.

As he progresses on his journey, Mo searches for the Electoral College; investigates the heated battle over Voter ID and voter fraud; critiques ballot design with Todd Oldham; and explores the case of a former felon who was sentenced to ten years in prison—for the crime of voting. Irreverent, engaging and nonpartisan, ELECTORAL DYSFUNCTION is for voters across the political spectrum who want their votes to count. Set against the backdrop of the historic 2008 election, the film is hosted by Mo Rocca, a correspondent for “CBS Sunday Morning,” a panelist on NPR’s “Wait, Wait…Don’t Tell Me!,” and a former correspondent for “The Daily Show with Jon Stewart.” The film was written, produced and directed by David Deschamps, Leslie D. Farrell and Bennett Singer, whose collective credits include multiple Emmy, Peabody and duPont-Columbia awards. 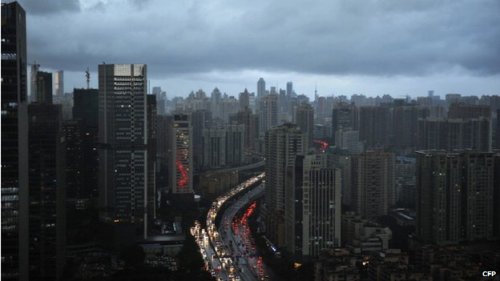 An outbreak of dengue fever in the southern Chinese province of Guangdong has killed six people and infected thousands more, state media report.

Provincial health authorities said that as of early Tuesday, more than 23,000 had been infected.

State news agency Xinhua said the outbreak is believed to be the worst in China for 20 years.

The tropical disease, which is spread by mosquitoes, causes high fever and severe joint pain.

Chinese authorities have attributed the outbreak to high temperatures and wet weather, and increasing travel to dengue-prevalent places.

The number of mosquitoes is also said to have increased five-fold.

The outbreak is also thought to have been exacerbated by the week-long holiday celebrating China’s National Day. Daily health reports indicate that there are more than 1,000 new infections a day.

The International Monetary Fund has cut its forecast for global economic growth for both this year and next and warned the recovery is “weak and uneven”.

The reductions reflect sharp downgrades to the outlook for the eurozone, Russia, the Middle East and Japan.

It remains positive on the UK outlook.

In the UK, it expects the economy to continue to grow strongly, maintaining its July forecasts of 3.2% growth this year and 2.7% next year.

It said activity had “become more balanced”, driven by both consumption and business investment.

However, the fund said Europe was experiencing a “multispeed recovery” and downgraded its growth forecasts for Germany, France and Italy saying progress was still “slow and tentative” in many countries.

“Growth in the euro area nearly stalled this year, even in the core,” said Mr Blanchard.

The IMF has also sharply upgraded its outlook for the US this year, by 0.5% to 2.2%, saying the weakness at the beginning of the year was due to “mostly temporary” factors.

The US economy contracted sharply in the first three months of the year, mainly due to unexpectedly bad weather.