This Debate is part of a global event hosted by the BBC and 50 other broadcasters around the world. The debate explores the causes of and cures for the enduring problem of severe poverty which still affects many people in the world.

It was recorded in front of a live audience in Johannesburg earlier this year. On the panel are Tony Blair, former UK Prime Minister; Oby Ezekwesili from the Open Society Foundation, Africa and a former Nigerian government minister; Moeltesi Mbeki, South African author and Chair of SA Institute of International Affairs; and Vandana Shiva, Indian activist, environmentalist and scientist. Chaired by Zeinab Badawi.

Meltdown – The men who crashed the world

In the first episode of Meltdown, we hear about four men who brought down the global economy: a billionaire mortgage-seller who fooled millions; a high-rolling banker with a fatal weakness; a ferocious Wall Street predator; and the power behind the throne.

The crash of September 2008 brought the largest bankruptcies in world history, pushing more than 30 million people into unemployment and bringing many countries to the edge of insolvency. Wall Street turned back the clock to 1929.
But how did it all go so wrong?

Also, London was competing with New York as the banking capital of the world. Gordon Brown, the British finance minister at the time, introduced ‘light touch regulation’ – giving bankers a free hand in the marketplace.

All this, and with key players making the wrong financial decisions, saw the world’s biggest financial collapse.

Is the US really losing the information war, as Hillary Clinton claims, and how can it fight back?

“America is facing an information war … and we are losing that war.” That is what Hillary Clinton, the US secretary of state, said as she spoke before the Senate foreign relations committee.

The war, she says, is being won by networks that offer “real news”. She praised Al Jazeera and said that it is changing peoples’ minds and attitudes.

Her comments came as Republicans plan to cut the state department’s budget by half.

Is the US really losing the information war? And is public funding the solution?

Inside Story presenter Sami Zeidan discusses with guests: Tom Fenton, a former foreign correspondent and author of Bad News: The Decline of Reporting, the Business of News, and the Danger to Us All; Charlie Wolf, a political commentator and broadcaster; and Abdallah Schliefer, the former NBC Cairo bureau chief and now professor emeritus of journalism at the American University of Cairo.

A brief about paper money,
1. How paper money is created
2. policy of using it,
3. debt,
4. inflation
5. Interest
International Monetary system is called modern day Slavery .. watch the full video to know more about it

IMF & World Bank are weapons of war , by John Pilger

USA/Kenya: Why are crops the best performing investments?

On one side of the world American star investor Jim Rogers arrives at his elegant offices and explains how large investments and movements of money affect prices. On the other side of the world market vendors in Kenya feel the effects.

If you found this short film interesting and thought-provoking, you might also want to watch Land Rush about the race for land in Africa.

How can so much money be made from food speculation and a billion people still go hungry in the world?

How do you feed the world? To find out more and get teaching resources, go to www.whypoverty.net

75% of Mali’s population are farmers, but rich, land-hungry nations like China and Saudi Arabia are leasing Mali’s land in order to turn large areas into agribusiness farms. Many Malian peasants do not welcome these efforts, seeing them as yet another manifestation of imperialism. As Mali experiences a military coup, the developers are scared off – but can Mali’s farmers combat food shortages and escape poverty on their own terms?

In Ruschlikon, a sleepy village in Switzerland, the wealthy residents are receiving more tax revenue than they can use since the arrival of Ivan Glasberg, CEO of commodity giant Glencore. Yet in Zambia, where Glencore owns a majority stake in the country’s biggest copper mining operations, tax is an issue that’s contributing to its poverty…

Glasberg netted $9.6 billion when Glencore went public in 2011. The receipt of of his taxes overwhelmed the public coffers of Ruschlikon so much that the mayor decided to lower the town’s tax rate by 7%.

Not so fortunate for the residents of copper-rich Zambia – where Glencore owns a 73% stake in the Mopani Copper Mines (one of the biggest mining operations in the country).

Unfortunately, Zambia’s copper resources have not made the country rich. Virtually all Zambia’s copper mines are owned by corporations. In the last ten years, they’ve extracted copper worth $29 billion but Zambia is still ranked one of the twenty poorest countries in the world.

So why hasn’t copper wealth reduced poverty in Zambia yet made the residents of Ruschlikon better off? Once again it comes down to the issue of tax, or in Zambia’s case, tax avoidance and the use of tax havens.

Naomi Klein: ‘We tried it your way and we don’t have another decade to waste’

The climate-change movement is making little headway against corporate vested interests, says the author of Shock Doctrine. But how does she think her new book, This Changes Everything, will help galvanise people? 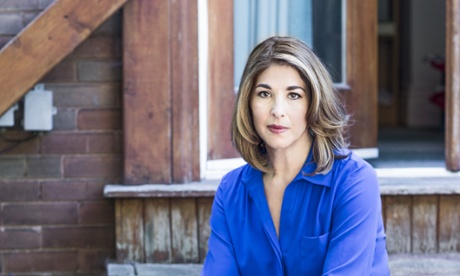 Naomi Klein at her home in Toronto. Photograph: Anya Chibis for the Guardian

Naomi Klein is the star of the new American left. At 44, the writer and activist has twice written blockbusters combining ground-level reporting and economic analysis that challenged people to take a hard look at what they took for granted: their shopping choices, America’s place in the world, and the devastating effects of arcane trade policy and rampant free market ideology. Along the way she gained a following that spans academics, celebrities and street and factory protesters.

Her first book, No Logo, about the power of brands over sweatshop workers in Asia who made the products (and the consumers in America and Europe who consumed them), politicised a generation of twentysomethings. It became the handbook of the anti- globalisation protests, and inspired two Radiohead albums.

Seven years later, her second book, Shock Doctrine, analysed how wars, coups and natural disasters were used as a pretext to impose so-called “free market” measures. Now Klein is back, writing about capitalism, only this time the fate of the entire planet is at stake. With her new book, This Changes Everything: Capitalism vs The Climate, Klein hopes to set off the kind of powerful mass movement that could – finally – produce the radical changes needed to avoid a global warming catastrophe and fix capitalism at the same time. She argues that we have all been thinking about the climate crisis the wrong way around: it’s about capitalism – not carbon – the extreme anti-regulatory version that has seized global economies since the 1980s and has set us on a course of destruction and deepening inequality.

“I think we are on a collision course,” she says. Twenty-five years ago, when the first climate scientist was called to testify to Congress and make global warming a policy challenge, there might have still been time for big industries to shrink their carbon footprints. But governments at the time were seized with the idea that there should be no restraints on industry. “During that time,” Klein writes, “we also expanded the road from a two lane, carbon-spewing highway to a six-lane superhighway.”