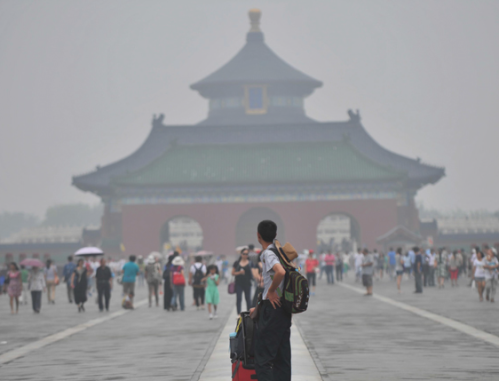 As I peer into Beijing’s impenetrable smog, I feel nauseous.

Air pollution from burning coal kills over 1 million people per year in China. And those living suffer its ill effects.1 One scientist told me that he was using his savings to send his child out of the country, to grow for a while in clean air.

I have long been troubled by the injustice that climate changes we have brought about will be inherited by our children. China’s air is another tragic consequence of our choices.

Prevention is better
What makes me sick is that these tragedies were preventable. Scientists informed political leaders decades ago that carbon-free energies must be phased in to replace fossil fuels. However, we failed to communicate the implications.

Scientists should have made it clearer that there is a limited ‘carbon budget’ for the world – a limit on the amount of fossil fuels that can be burned without disastrous consequences. We should have made it clear that removing carbon from our energy supplies – particularly for developing countries such as China and India – requires a suite of carbon-free technologies: hydro, solar, wind and nuclear power.

This last is a key part of the solution, and one we unfortunately abandoned. Years ago, the US, as the leader in nuclear R&D, had an opportunity to help find a carbon-free path for the world. In 1976, nuclear scientists were ready to build a demonstration ‘fast’ nuclear power plant. Today’s ‘slow’ reactors use less than 1% of the nuclear fuel. A ‘fast’ reactor can utilise more than 99% of the nuclear fuel and can ‘burn’ nuclear waste, which will be needed in the future as easily available uranium is used up.