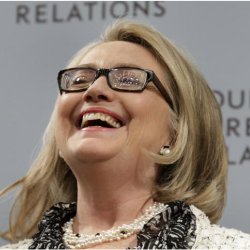 In her June 25 keynote address to the BIO International Convention in San Diego, Calif., Hillary Clinton voiced strong support for genetic engineering and genetically engineered crops. She earned a standing ovation that day by stating that the biotech industry suffers from a public perception problem and that it just needs “a better vocabulary” in order to persuade GMO skeptics who don’t understand “the facts” about genetic engineering.

And then Hillary proceeded to get the facts wrong.

Why does it matter what Hillary, who holds no public office and has not (yet) declared her candidacy for president, says or believes about genetic engineering and genetically modified crops and foods?

It doesn’t—unless she throws her hat in the ring for the Democratic nomination. And then it matters not just what her position is on GMOs, not just how deep her financial ties to the biotech industry run, not just how much she distorts the facts about the “promise” of biotech crops.

It matters, deeply, to more than 90 percent of Americans, what her position is on laws requiring mandatory labeling of GMOs in food and food products.

If elected, will Hillary support consumers’ right to know? Or will she support the DARK (Deny Americans the Right to Know) Act, a bill introduced in Congress earlier this year, which if passed, will preempt state GMO labeling laws?

Hillary has been coy about announcing her candidacy. But when it comes to clarifying her position on GMO labeling laws, she’s been dead silent.

As she soon heads to Iowa—the testing ground for presidential candidates—Hillary’s presidential aspirations will no doubt become more clear. If she runs, as the pundits predict, it will be up to the GMO labeling movement to demand that she take a stand on GMO labeling laws.

Meanwhile, here’s why Hillary’s speech to the BIO convention was just plain wrong.

Wrong on the science of genetic engineering