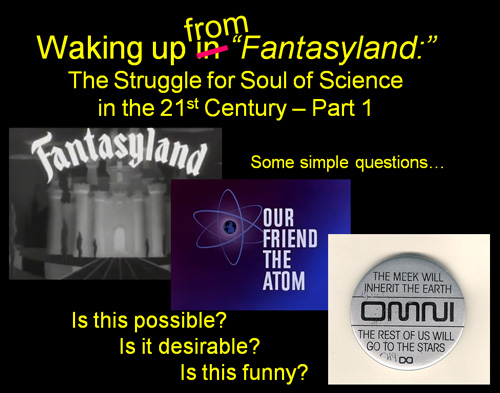 Shirley Temple and Annette Funicello at the Oscars®

Annette Funicello accepts an Honorary Award to Hayley Mills, presented by Shirley Temple, at the 33rd Academy Awards in 1961. Hosted by Bob Hope.

Annette Funicello performing a ballet to Jimmy Dodd singing “Annette” (which he wrote for Annette) from the “Mouseketeers In Paris” segment of the Mickey Mouse Club in 1956.

When The Mickey Mouse Club made it’s debut on October 3, 1955, it became an instant phenomenon.

Documentary | American Experience: The Rise and Fall of Penn Station

One of the greatest architectural and engineering achievements of its time, New York’s Pennsylvania Station opened to the public in 1910. Designed by renowned architect Charles McKim, the station was a massive civil engineering project, covering nearly eight acres and requiring the construction of 16 miles of underground tunnels. Alexander Cassatt, president of the Pennsylvania Railroad, gambled millions of dollars to link the nation’s biggest railroad to America’s greatest city, but died bringing the station to life. No one could imagine that this architectural marvel built for the ages would be torn down a few decades later to make way for Madison Square Garden. Yet its destruction galvanized New York to form the Landmarks Preservation Commission, saving Grand Central Station and countless other historic structures.

PBS Frontline presents an utterly engaging look into America’s secret war on terror. From 9/11 to the Boston bombing, interviews with key players reveal a hidden network of “defense,” that may shock you.

Frontline goes behind the headlines to reveal the dramatic inside story of how the U.S. government came to monitor and collect the communications of millions of people around the world–including ordinary Americans–and the lengths they went to as they tried to hide this massive surveillance program from the public.
Part 1: The Program
Part One goes inside Washington and the NSA, piecing together the secret history of the unprecedented surveillance program that began in the wake of September 11 and continues today–even after the revelations of its existence by Edward Snowden.

You can watch the full-length episode of FRONTLINE “News War” (part 1) at http://www.pbs.org/wgbh/pages/frontli…

In a four-hour special, “News War,” FRONTLINE examines the political, cultural, legal, and economic forces challenging the news media today and how the press has reacted in turn. Watch it on air and online at http://www.pbs.org/frontline/newswar/ beginning February 13

In part one of “News War,” FRONTLINE examines the political and legal forces challenging the mainstream news media today and. how the press has reacted in turn. Correspondent Lowell Bergman talks to the major players in the debates over the role of journalism in 2007, examining the relationship between the Bush administration and the press; the controversies surrounding the use of anonymous sources in reporting from Watergate to the present; and the unintended consequences of the Valerie Plame investigation — a confusing and at times ugly affair that ultimately damaged both reporters’ reputations and the legal protections they thought they enjoyed under the First Amendment.

Parts I and II: Secrets, Sources & Spin
introduction
News War: A special four-part investigation into the future of the news
Part III: What’s Happening to the News
Part IV: Stories from a small planet

50+ Interviews
What major players in the debates are saying about the role of media in U.S. society – and what’s ahead

News War is a FRONTLINE co-production in association with the UC Berkeley Graduate School of Journalism.
In a four-part special series, News War, FRONTLINE examines the political, cultural, legal, and economic forces challenging the news media today and how the press has reacted in turn. Through interviews with key figures in print, broadcast and electronic media over the past four decades — and with unequaled, behind-the-scenes access to some of today’s most important news organizations, FRONTLINE traces the recent history of American journalism, from the Nixon administration’s attacks on the media to the post-Watergate popularity of the press, to the new challenges presented by the war on terror and other global forces now changing — and challenging — the role of the press in our society.

The Third Plate: Field Notes on the Future of Food: Dan Barber 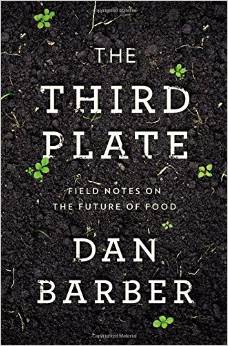 At the heart of today’s optimistic farm-to-table food culture is a dark secret: the local food movement has failed to change how we eat. It has also offered a false promise for the future of food. Our concern over factory farms and chemically grown crops might have sparked a social movement, but chef Dan Barber reveals that even the most enlightened eating of today is ultimately detrimental to the environment and to individual health. And it doesn’t involve truly delicious food. Based on ten years of surveying farming communities around the world, Barber’s The Third Plate offers a radical new way of thinking about food that will heal the land and taste good, too.

The Third Plate is grounded in the history of American cuisine over the last two centuries. Traditionally, we have dined on the “first plate,” a classic meal centered on a large cut of meat with few vegetables. Thankfully, that’s become largely passé. The farm-to-table movement has championed the “second plate,” where the meat is from free-range animals and the vegetables are locally sourced. It’s better-tasting, and better for the planet, but the second plate’s architecture is identical to that of the first. It, too, is damaging—disrupting the ecological balances of the planet, causing soil depletion and nutrient loss—and in the end it isn’t a sustainable way to farm or eat.

The solution, explains Barber, lies in the “third plate”: an integrated system of vegetable, grain, and livestock production that is fully supported—in fact, dictated—by what we choose to cook for dinner. The third plate is where good farming and good food intersect.

While the third plate is a novelty in America, Barber demonstrates that this way of eating is rooted in worldwide tradition. He explores the time-honored farming practices of the southern Spanish dehesa, a region producing high-grade olives, acorns, cork, wool, and the renowned jamón ibérico. Off the Straits of Gibraltar, Barber investigates the future of seafood through a revolutionary aquaculture operation and an ancient tuna-fishing ritual. In upstate New York, Barber learns from a flourishing mixed-crop farm whose innovative organic practices have revived the land and resurrected an industry. And in Washington State he works with cutting-edge seedsmen developing new varieties of grain in collaboration with local bakers, millers, and malt makers. Drawing on the wisdom and experience of chefs and farmers from around the world, Barber builds a dazzling panorama of ethical and flavorful eating destined to refashion Americans’ deepest beliefs about food.

A vivid and profound work that takes readers into the kitchens and fields revolutionizing the way we eat, The Third Plate redefines nutrition, agriculture, and taste for the twenty-first century. The Third Plate charts a bright path forward for eaters and chefs alike, daring everyone to imagine a future for our national cuisine that is as sustainable as it is delicious. 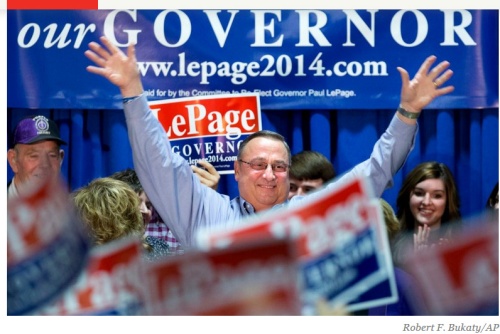 Climate change is a real and present danger.

It’s not an issue we can afford to ignore any longer. And neither can our leaders.
That’s why, in states where climate change is on the ballot, we’re taking action.