Christopher Lynn “Chris” Hedges, a Pulitzer Prize-winning American journalist specializing in politics and society, spoke at Moravian College on Tuesday, October 22. Hedges is the seventh Peace and Justice Scholar in Residence at Moravian College. His talk was drawn from his most recent book, Days of Destruction, Days of Revolt. 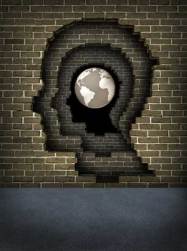 Monday, 27 January 2014 13:01 By Chris Hedges, Truthdig | Op-Ed
Truthout doesn’t take corporate money and we don’t shy away from confronting the root causes of injustice. Can you help sustain our work with a tax-deductible donation?

The most prescient portrait of the American character and our ultimate fate as a species is found in Herman Melville’s “Moby Dick.” Melville makes our murderous obsessions, our hubris, violent impulses, moral weakness and inevitable self-destruction visible in his chronicle of a whaling voyage. He is our foremost oracle. He is to us what William Shakespeare was to Elizabethan England or Fyodor Dostoyevsky to czarist Russia.

Our country is given shape in the form of the ship, the Pequod, named after the Indian tribe exterminated in 1638 by the Puritans and their Native American allies. The ship’s 30-man crew—there were 30 states in the Union when Melville wrote the novel—is a mixture of races and creeds. The object of the hunt is a massive white whale, Moby Dick, which in a previous encounter maimed the ship’s captain, Ahab, by dismembering one of his legs. The self-destructive fury of the quest, much like that of the one we are on, assures the Pequod’s destruction. And those on the ship, on some level, know they are doomed—just as many of us know that a consumer culture based on corporate profit, limitless exploitation and the continued extraction of fossil fuels is doomed. 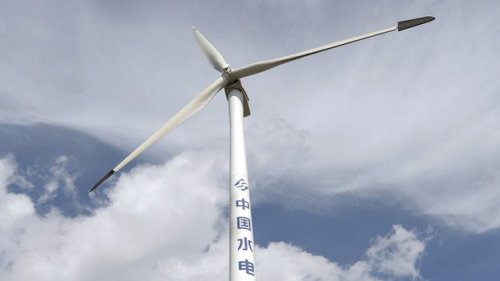 Four of the world’s emerging economies have claimed that they are far ahead of developed countries in their efforts to slow climate change.

Brazil, South Africa, India and China are known as the BASIC bloc in international climate negotiations.

They have also accused developed nations of keeping their carbon emission cuts ambitions at a low level.

Ministers from the BASIC countries made the claim after meeting in the Indian capital, New Delhi, on Friday.

Developed countries have long argued that shares in global carbon emissions from fast emerging economies like China and India were huge and yet they were not committed to making cuts.

The two sides have been at loggerheads for years, presenting hurdles to a deal on climate change.

“Our [climate change] mitigation efforts are more than developed countries,” Prakash Javadekar, India’s environment minister told the BBC after he held the meeting with his counterparts from Brazil, China and South Africa. 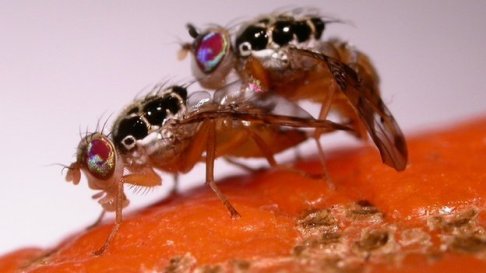 A type of genetically engineered fly which eventually kills itself off could be an effective method of pest control, according to new research.

These male mutant flies have a lethal gene which interrupts female development.

They were trialled in a greenhouse resulting in “population collapse”.

If released into the wild, they could prevent damage to crops in a way that is cheap, and environmentally friendly, according to the researchers.

But others oppose the technology and say releasing genetically modified flies into the wild could have unintended consequences.

The research is published in the journal Proceedings of the Royal Society B.

The Mediterranean fruit fly is a global agricultural pest which infests over 300 crops, including wild fruit, vegetables and nuts, causing extensive damage.

Currently, techniques for pest control include sterilisation and insecticides. However, sterile flies do not mate as well in the wild as the process to make them sterile weakens them. Insecticide also poses problems as flies can quickly develop immunity.

The male GM flies produced by biotechnology company Oxitec are only capable of producing male offspring.They have what Oxitec calls “pre-pupal female lethality”. In other words, a female specific gene kills the females before they become adults.

Mr. Williams tells Paul Jay that to face up to the science of climate change, coal and oil conglomerates worth trillions of dollars have to keep their fossil fuels in the ground – something capitalism can’t allow

Published on Aug 10, 2014
Meteorologist Jeff Masters explains why climate scientists once were hesitant to link climate change with the trend of extreme weather events

Meteorologist Jeff Masters discusses his recent research about how fast flowing, narrow air currents found in our atmosphere are changing and its potential effects on humans

Mr. Williams tells Paul Jay that the fabulous profits made from fracking oil and gas took climate change off Obama agenda, and while coal emissions may be down in the US, coal exports have grown exponentially

Is the Future of the Planet in ALEC’s Secret Hands?

(Visit: http://www.uctv.tv/) Rebecca Peters, 23, is this year’s winner of the University Medal, which goes to UC Berkeley’s top graduating senior and comes with a $2,500 award. A transfer student by way of Cal Poly San Luis Obispo, Peters is graduating with a double major in society and environment, offered by the College of Natural Resources, and interdisciplinary studies, and a minor in global poverty and practice.