What in the world? Pieces of global opinion 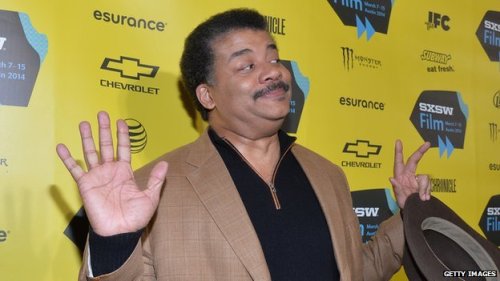 As presenter of the popular science programme Cosmos and director of the Hayden Planetarium, astrophysicist Neil deGrasse Tyson has become the leading voice of science and reason for many Americans. But not all.

“He is the fetish and totem of the extraordinarily puffed-up ‘nerd’ culture that has of late started to bloom across the United States,” writes Charles CW Cooke for the National Review. “‘Nerd’ has become a calling a card – a means of conveying membership of one group and denying affiliation with another.”

For Cooke the idea of the “nerd” no longer represents World of Warcraft and Star Trek. Instead the term has been co-opted by liberal Americans as a kind of political strategy:

“One part insecure hipsterism, one part unwarranted condescension, the two defining characteristics of self-professed nerds are (a) the belief that one can discover all of the secrets of human experience through differential equations and (b) the unlovely tendency to presume themselves to be smarter than everybody else in the world.”

But the political left’s embrace of “nerdom” is “little more than a ruse,” he continues. “They have the patois but not the passion; the clothes but not the style; the posture but not the imprimatur.”

Cooke’s portrayal of these supposed fake, liberal nerds prompted a sharp response from the left.

“It’s easy to see why, despite their supposed enthusiasm for excellence, conservative pundits would offer up liberal scientists, journalists and artists as hate objects for their base,” writes Amanda Marcotte for Salon. 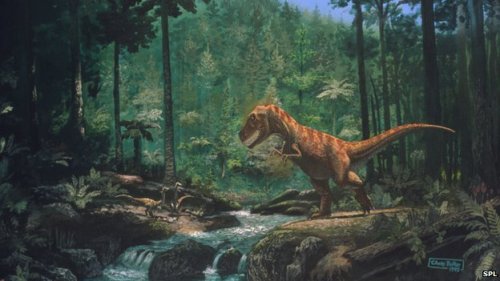 Could dinosaurs have survived if the asteroid that wiped them out hit the Earth a little earlier or a little later?
Related Stories

Dinosaurs were wiped out by an asteroid impact when they were at their most vulnerable, according to a new study.

They might have survived if the asteroid had hit the Earth a few million years later or earlier, he said, calling it “colossal bad luck”.

The assessment has been published in the journal, Biological Reviews.

“It was a perfect storm of events that occurred when dinosaurs were at their most vulnerable,” Dr Brusatte told BBC News.

“With evolution never say never. It is certainly possible that dinosaurs could have evolved intelligence” Dr Steve Brusatte Edinburgh University

The study brought together 11 leading dinosaur experts from the UK, US and Canada to assess the latest research on the extinction of dinosaurs 66 million years ago.

There is evidence that some species of dinosaur were dying off shortly before an asteroid hit the Earth.

One of the key questions was whether this gradual decline would have led to the extinction of these animals even if the asteroid had not hit.

The experts concluded that although some species of plant eaters in North America were dying out in the period leading up to the asteroid impact there was no evidence of a long-term decline.

However, the experts believe that rises in sea level and increased volcanic activity made many species more susceptible to extinction just at the point that the asteroid struck.

Senior Scientists discuss the potential for sudden disruptions of human and natural systems as a consequence of climate change. 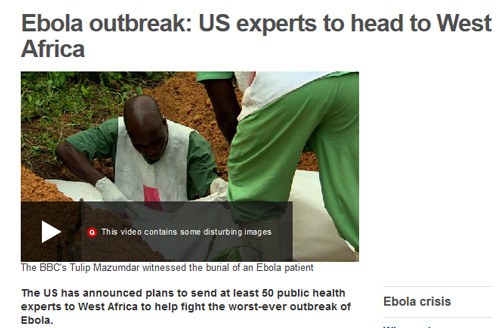 The US has announced plans to send at least 50 public health experts to West Africa to help fight the worst-ever outbreak of Ebola.

A senior US health official said the outbreak was out of control but insisted it could be stopped.

Ebola has claimed 728 lives in Guinea, Liberia and Sierra Leone this year. The current mortality rate is about 55%.

Meanwhile, an American doctor infected with the virus is improving in hospital after returning to the US from Liberia.

Dr Kent Brantly arrived at a military base in Georgia on Saturday before being driven to Emory University Hospital.

Algal blooms in the Great Lakes

Toledo officials are awaiting the results of more tests to ensure that toxins are out of the city’s water supply. The mayor has instructed 400,000 people in the region to avoid drinking tap water for a second day. (Aug. 3)