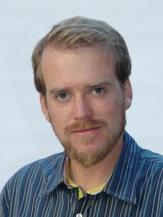 WHAT do three enormous craters in the Siberian wastelands have to do with a terrified American climate scientist? Methane. And that’s something to scare us all.

The end of the world could be starting right now — in a frozen Siberian wasteland known as Yamal. It translates as “The End of the Land”.

The first mysterious crater was spotted by oil workers earlier this month. It was an 80m wide cavern that reached deep into the earth.

Since then, the Siberian Times reports goatherds have found a further two enormous vents in the ground.

The organisation that represents the world’s major airlines, IATA, says there are no plans to impose travel restrictions because of the Ebola outbreak in West Africa. It says the risk of contracting the virus from a fellow passenger is low. At least 672 people have now died from the disease. Al Jazeera’s Dominic Kane reports.