As US and Other Wealthy Nations Slash Aid, UN Warns of “Silent Tsunami of Hunger” in Global Food Crisis 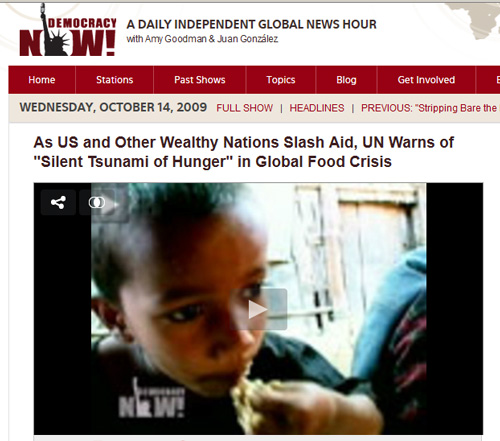 The UN World Food Program is calling the current global food crisis “a silent tsunami of hunger.” This week the WFP warned that more than 40 million people will have their food rations reduced or eliminated because of drastic aid cuts. We speak with award-winning Indian journalist, writer and activist Devinder Sharma. [includes rush transcript]

This is a rush transcript. Copy may not be in its final form.

ANJALI KAMAT: We turn now to what the United Nations World Food Program has called a “silent tsunami of hunger.” It’s been described as the worst food crisis since the 1970s. According to the Food and Agricultural Organization, more than a billion people, or one-sixth of the world’s population, go hungry every day. Last year alone, thirty-seven countries experienced riots over skyrocketing food prices.